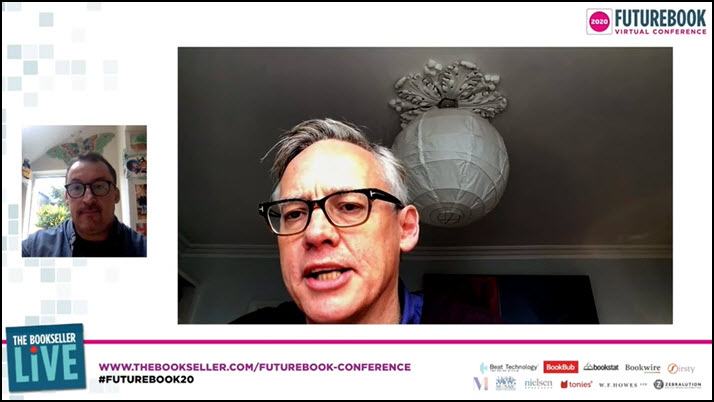 Musing on the resilience of books during the pandemic, Tom Weldon talks with Philip Jones; and Penguin Random House in India names Pippa Rann a new partner. 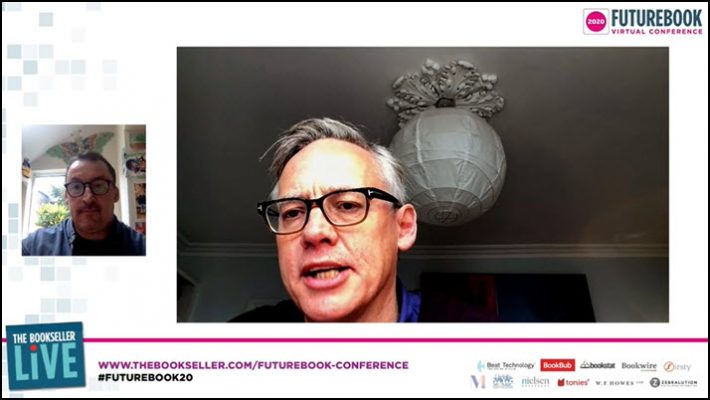 That apt observation is part of the FutureBook conference, which continues with its daily sessions through Friday (November 20).

“Books do loads of different kinds of things,” Weldon says by way of explanation, as in providing information and/or entertainment, and so on. He refers to Barack Obama’s newly released (Tuesday) first volume of his memoir, A Promised Land, as “an extremely well-written book,” conceding that it’s less than ideal that its release has coincided with retail closures in the UK.

At this writing, the 6:26 a.m. ET (1026 GMT) update of the Johns Hopkins Coronavirus Resource Center sees 1,434,004 cases in the UK’s population of 67 million, with 53,368 fatalities. Those numbers put the United Kingdom at seventh in the world for caseload and fifth in the world for loss of life in the coronavirus COVID-19 pandemic.

“I also wonder just from our perspective going forward,” Weldon says minutes later, “whether creative talent might not look at books to express themselves” because they’ve proved to be a resilient medium.

“Sometimes people say the publishing industry is no good at change. I think we’ve proved them wrong this year.”

He’s less happy, however, he says, with the remote working formats that have been part of the successful change made by many in publishing this year. Social equity is part of the importance of the work, he says. “I think we’ll need to be more deliberate about what kind of work you do at the office and what kind you do at home.” The division, he speculates, lies along the line of deeper, thinking-based work to be done at home and the more socially interactive elements relegated to the office.

“For lots of people, it eliminates the commute” to use more remote approaches, although PRH UK moved into its new offices only in July. “I think some people were in the office for about a week in September,” he says with a laugh.

“For a company like Penguin Random House, our partnerships are important,” Weldon says at another point.

And while some of his references in that regard for England are “thinking about the broader social context” and corporate responsibility efforts–see more about that on the international scale here– a new business partnership has been announced by Weldon’s colleagues at Penguin Random House India.

Penguin Random House India announces today (November 19) that it has engaged the Indian publisher Pippa Rann Books & Media for exclusive distribution and sales rights, not only in India but also in the rest of the subcontinent and in Southeast Asia. PRH India will be responsible for sales and distribution of select titles from the publishing house across all sales channels within the region.

Pippa Rann is a very young company, founded only last year to publish books with a focus on India, content that “strongly advocates the principles of liberty, equality, and fraternity.”

Started by Prabhu Guptara in memory of his wife Philippa Mary Guptara, the house commemorates and celebrates all things Indian by bringing out books that highlight “the diverse history and foundation of the country.”

In a prepared comment, Gaptura is quoted, saying that Penguin Random House India “will enable the reach of our imprint to be extended to the Indian subcontinent and to such a large part of the world further east.

“Our first title to be distributed by Penguin Random House India, PolyTicks, DeMocKrazy & MumboJumbo, is a humorous commentary on India today. The book typifies the ambition of the imprint–to bring carefully-selected works to these sophisticated markets.”

Nandan Jha, senior vice-president for products and sales with Penguin Random House India is also quoted, saying, “Always on the lookout for books that will leave an indelible mark on the Indian literary landscape, Penguin is proud to bring on books by Pippa Rann Books & Media.

“Just a few titles old, this young publishing house brings a refreshed view of India and we’re looking forward to taking these remarkable written works to a larger readership in India and subcontinent markets and Southeast Asia.”