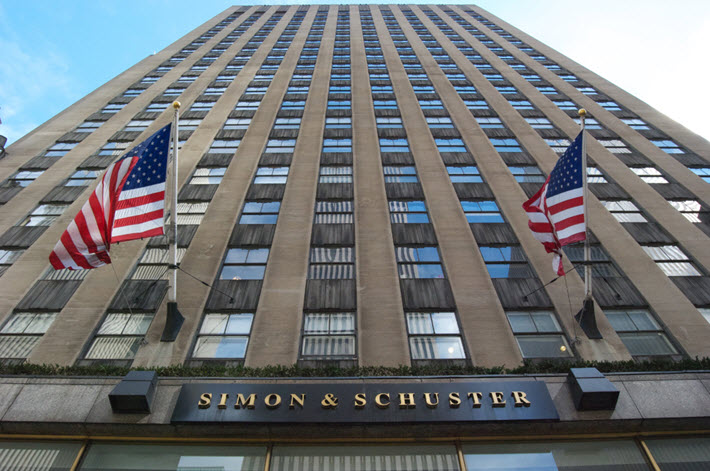 Updates: See ‘Calls for Regulatory Review’ below for concerns being raised about this deal.

Of course, industry response will quickly include speculation about how regulators will look at a question of the largest Big Five publishers buying another Big Five house.

Among write-ups in the overnight drumbeat before the announcement, Benjamin Mullin and Jeffrey A. Trachtenburg at the Wall Street Journal wrote, “The deal could draw attention from the US Justice Department, [according to] David Meyer, a Washington antitrust attorney who served at the Justice Department as a deputy assistant attorney general under President George W. Bush. ‘Their combined share would be sufficient to motivate a close look at the transaction,’ he said.” 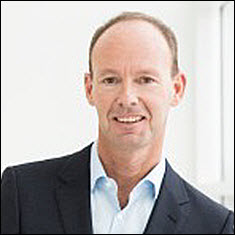 This echoes comments from News Corp CEO Robert Thomson who, at his stockholders’ annual meeting on November 18, said, “I would make one observation about Simon & Schuster. It will clearly be a serious antitrust issue if Bertelsmann acquires Simon & Schuster. However cute and clever the structure, if Bertelsmann is their beneficiary, it will be a book behemoth. And this will certainly be a profound antitrust issue for the entire book industry and, no doubt, for authors around the world.”

Thomas Rabe, chair and CEO of Bertelsmann, in his message to the news media, “Following the full acquisition of  Penguin Random House in April this year, this purchase marks another strategic milestone in  strengthening our global content businesses, which include Penguin Random House, the  Fremantle TV production business, and the BMG music division.

“The book business has  been part of Bertelsmann’s identity since the founding of C. Bertelsmann Verlag more than  185 years ago and has lost none of its appeal to this day. Bertelsmann continues to be one  of the world’s leading creative companies with annual investments in content of around  €6 billion (US$7.1 billion).

“Bertelsmann will finance the acquisition of Simon & Schuster from existing cash resources.  External borrowing is not necessary, thanks partly to the overall positive business  development since the summer and the already completed sale of various businesses,  investments and real-estate properties.”

Jonathan Karp, president and CEO of Simon & Schuster says, in a message to his staff members just provided to Publishing Perspectives, “We expect the transaction will likely close in the second half of 2021 at the earliest, subject to customary closing conditions, including regulatory approval.

“I understand that many of you will have questions about how this transition to new ownership will affect your work, and your benefits. I assure you that as this process unfolds we will share information with you, but understand that this will be a long process.

“Expect no sudden changes beyond the normal decisions we make in our regular course of business.

“As we head into 2021, our upcoming list of books holds the promise of being every bit as exhilarating a year of publishing as 2020 has been, and I know that we will continue to do our best for our authors and our distribution clients.”

It was in early March that the late Carolyn Reidy, then the CEO of S&S, alerted the publishing house’s staff to the fact that ViacomCBS CEO Bob Bakish had announced that the company was looking for a buyer.

And it was in early September that Penguin Random House parent Bertelsmann CEO and chair Thomas Rabe was reported to be interested.

The pace quickened last week, when Edmund Lee at The New York Times reported that “more than half a dozen” inquiries had been received in regards to the sale. 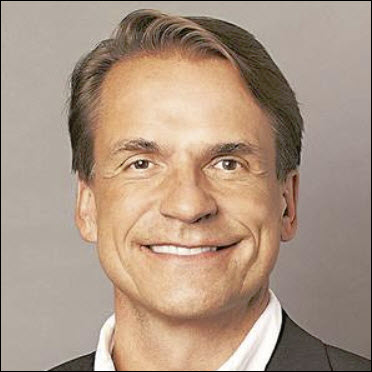 And Markus Dohle, CEO of Penguin Random House worldwide, has messaged his staffers, referencing the success with which Penguin and Random House were merged, not so long ago.

His message reads, in part, “I am incredibly excited to welcome our new colleagues to Penguin Random House. Simon & Schuster’s distinguished legacy of publishing notable authors, perennial bestsellers, and culture-shaping blockbusters is a natural complement to our publishing programs and catalogs around the world.

“As we have demonstrated, we can successfully unite company cultures and prestigious publishing teams while preserving each imprint’s identity and independence.

“I am looking forward to working with Simon & Schuster’s Jonathan Karp and Dennis Eulau.

“Over the years, I have been very impressed with the publishing company they have created—together, of course, with their longtime CEO, the late Carolyn Reidy, and their extraordinary publishing colleagues. In his letter to the Simon & Schuster teams worldwide, Jonathan relayed our shared commitment to building on their immense success and genuine enthusiasm for what our collective future holds.”

Simon & Schuster this year has been particularly successful with its high-profile political book authors and their many books about the now ending presidency of Donald Trump.

Prominent S&S books in the Trump canon this year include John Bolton’s controversial The Room Where It Happened: A White House Memoir and Bob Woodward’s Rage, the latter rolled out with a blizzard of interview tapes Woodward made of Trump.

But it’s  Mary L. Trump’s Too Much and Never Enough: How My Family Created the World’s Most Dangerous Man that today still stands on the Amazon Charts’ “Most Read” nonfiction list after 17 weeks.

Reactions are beginning to arrive from within the publishing community.

From the Authors Guild in New York City

“The Authors Guild opposes the proposed sale of Simon & Schuster to Penguin Random House. It would mean that the combined publishing house would account for approximately 50 percent of all trade books published, creating a huge imbalance in the United States’ publishing industry.

“The number of large mainstream publishing houses would go from five to just four, further reducing competition in an already sparse, competitive environment. For authors, it would mean there would be fewer competing bidders for their manuscripts, which would inevitably drive down advances offered.

“Less competition would make it even more difficult for agents and authors to negotiate for better deals, or for the Authors Guild to help secure changes to standard publishing contracts—because authors, even bestselling ones, wouldn’t have many options, making it harder to walk away. The history of publishing consolidation has also taught us that authors are further hurt by such mergers because of editorial layoffs, canceling of contracts, a reduction in diversity among authors and ideas, a more conservative approach to risk-taking, and fewer imprints under which an author may publish.

“The Authors Guild calls on the Justice Department to challenge PRH’s purchase of S&S and refuse to allow even further consolidation of the US book publishing industry.”

From the Association of Canadian Publishers

“The Association of Canadian Publishers (ACP) is calling on the Competition Bureau and the Department of Canadian Heritage to review the pending sale of Simon & Schuster (S&S) to Bertelsmann, parent company of Penguin Random House (PRH). The US$2 billion deal would create a behemoth in the global publishing industry and have a direct and deleterious impact on the ability of Canadian-owned publishing houses to compete in their own market.

“S&S and PRH, which operate in Canada as Simon & Schuster Canada and Penguin Random House Canada, already enjoy significant competitive advantage in the business. A combined S&S/PRH would overshadow all other companies active in the Canadian market.

“This would be particularly challenging for the independent Canadian-owned sector, which competes with multinational publishers for authors, media coverage, retail shelf space, and staff. A combined S&S/PRH will make these challenges even more acute.”

In a prepared statement, Kate Edwards, the Association of Canadian Publishers’ executive directors, is quoted, saying, “‘It is impossible to imagine how a combined S&S/PRH will have a positive effect on the Canadian book business or benefit Canadian readers.

“Canadian authors will have fewer houses to present their manuscripts to, jobs will inevitably be lost as operations are combined, and S&S/PRH will have greater ability to demand even better terms of trade with retailers and suppliers. A culture of ‘blockbuster’ publishing will become more entrenched. All of this will increase pressure on independent presses, which already struggle to compete in a concentrated market dominated by large global companies.

“Independent publishers do this while engaging readers in creative and innovative ways, and while continuing to invest in Canadian writers—particularly new and emerging writers—whose work is central to their publishing programs.”

The association’s statement continues, “ACP notes that the Revised Foreign Investment Policy on Book Publishing, Retail and Distribution (1992) requires that indirect foreign acquisitions resulting from larger international transactions be reviewed by the minister of Canadian Heritage to determine whether they will provide net benefit to Canada and to the Canadian-controlled book sector. Further, the association questions whether the sale violates the Competition Act, given that the outcome of this transaction will severely diminish competition in the market. Similar concerns have been raised in the United States with respect to its own anti-trust regulations in this instance.

“Today’s announcement is part of a continuing trend of consolidation in the global book business. For years, tacit approval of Canadian mergers and acquisitions has contradicted the federal government’s own policies for the book industry. This latest, significant concentration of ownership will affect the entire book supply chain, from writer to reader.

“ACP calls on the government of Canada and minister of Canadian Heritage Steven Guilbeault to use the policy tools they have available to support an ecosystem that will allow Canadian writing to flourish, and help ensure Canadian companies remain competitive at home and internationally.” 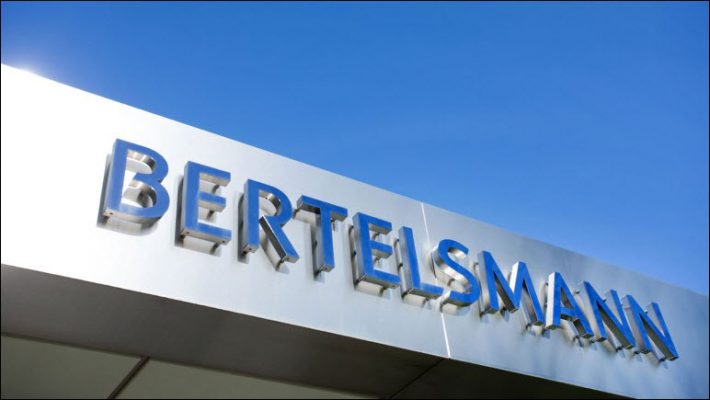 More from Publishing Perspectives on Simon & Schuster is here, and on mergers and acquisitions is here. More from us Bertelsmann is here, and more on Penguin Random House is here.