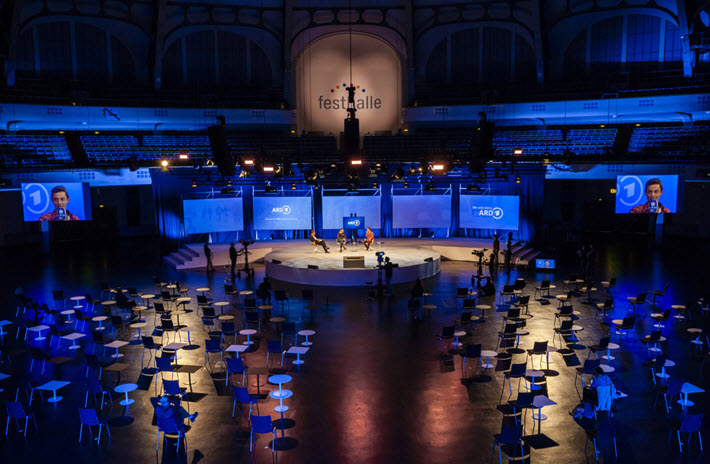 The world’s largest book publishing trade show, after drawing at least 200,000 people to its 2020 digital program, has announced a modernization project for future iterations.

Boos: ‘The Changing Needs of All Market Participants’

In an announcement today (November 13), Frankfurter Buchmesse’s administration has announced that it is “modernizing its concept” and restructuring some of its staffing.

The purpose of the effort, according to media messaging, is to “ensure the continued existence of the fair” at its traditional Messe Frankfurt venue, long-term.

“Frankfurt Book Fair will continue to be a presence fair,” said Frankfurt president and CEO Juergen Boos in a prepared statement, “as an international meeting place and marketplace for the industry.

“At the same time, we must open ourselves up to alternative marketing and dialogue formats in order to meet the changing needs of all market participants.”

The news follows this year’s digital evocation of the trade show, of course, which was one of world publishing’s largest efforts to provide an online  alternative to a physical event. Frankfurt produced a reported 70+ hours of conference programming, drawing 148,000 unique users to its trade-visitor days and a total attendance of at least 200,000 for that and its broader programming, October 14 to 18.

As we reported earlier, the Frankfurt Rights platform reported: 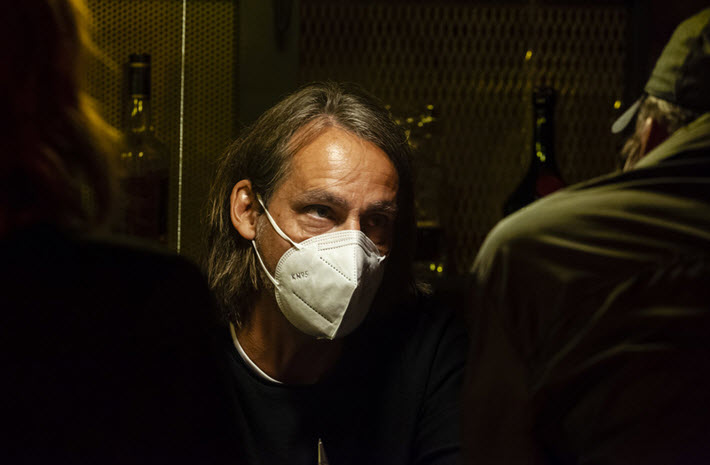 While a return of physical exhibitors’ stands and events is anticipated as soon as responses to the coronavirus COVID-19 pandemic makes them feasible, Alexander Skipis, the general manager of the Börsenverein des Deutschen Buchhandels—Germany’s publishers and booksellers association—says in today’s comments, “In the future, the book fair’s range of products and events will be increasingly supplemented by digital and virtual formats.

“The valuable experience gained this year will be incorporated into the future concept of the Frankfurt Book Fair.”

The dates of next year’s fair are October 20 to 24. It’s expected that publishers will be able to start booking their stands for the 2021 trade show, while the company is also working on its digital approach, to be used either to augment the physical event or to carry the fair again, pending the progress of responses to the pandemic.

The Börsenverein chair, Karin Schmidt-Friderichs, is quoted, saying, “In its more than 70-year history, Frankfurt Book Fair has always opened itself up to new developments at an early stage and continuously modernized its concept.

“However, it has always remained true to its brand essence as the leading international marketplace for narrated stories and ideas. This will remain so in the future.”

In terms of restructuring, Buchmesse’s administration today says, “Parallel to the modernization of its concept, the book fair has begun to develop a restructuring program for its operating company.

“As a result of the coronavirus-related loss of income this year and the uncertain planning perspective, the available restructuring options are currently being examined.

“The program should be available by the end of the year at the latest.

“It’s already clear that the existing structures are to be streamlined, for example by merging departments. This will also involve job cuts. This morning, Boos informed the workforce and workers’ council about the current status and the next steps planned. Boos will shortly start negotiations with the workers’ council.” 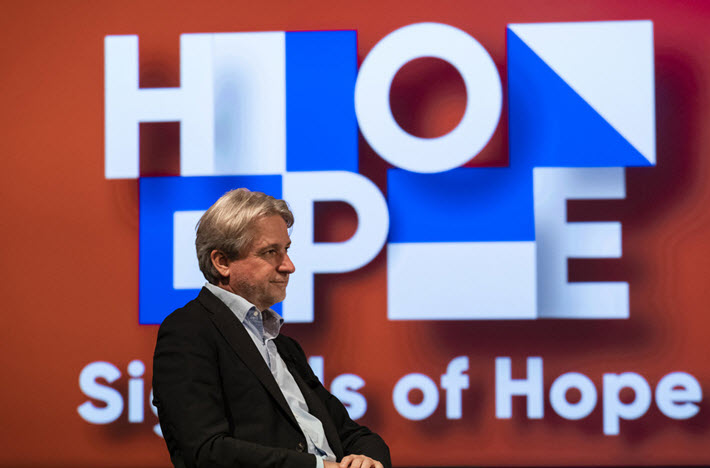 Juergen Boos takes questions at the opening news conference of the 2020 Frankfurter Buchmesse on the ARD Book Fair Stage in the Festhalle. Image: FBM, Marc Jacquemin