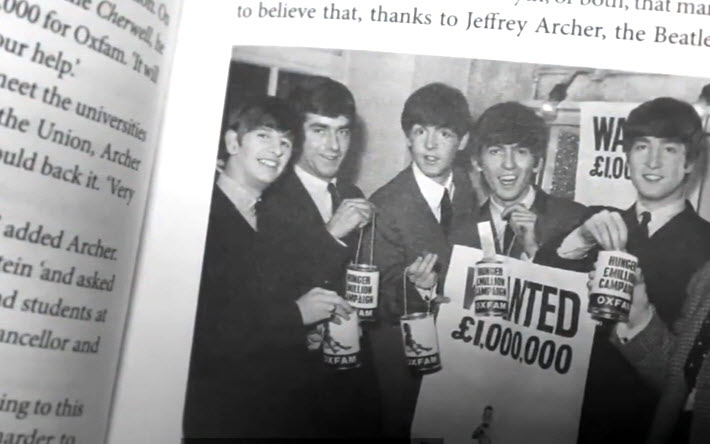 Taking home a £50,000 purse, the journalist and author of ‘Ma’am Darling,’ wins the 2020 Baillie Gifford Prize, focused on nonfiction.

In London this evening (November 24), the Baillie Gifford Prize for Nonfiction has been awarded to journalist and author Craig Brown for One Two Three Four: The Beatles in Time (4th Estate, April). Brown is known to many as a satarist and critic, his parodies read by many in Private Eye, a current affairs magazine.

As you may remember, this award program has a £50,000 purse (US$66,762.75) and was won last year by historian Hallie Rubenhold for The Five: The Untold Lives of the Women Killed by Jack the Ripper from Penguin Random House’s Doubleday in the UK and from Houghton Mifflin Harcourt in the States.

And Brown’s work may be familiar to you from his 2017 Ma’am Darling: 99 Glimpses of Princess Margaret, also from 4th Estate, in which the term “kaleidoscopic” already was being for his eclectic, fast-cut, anecdotal approach to building a biographical mosaic.

In reference to tonight’s announcement, jury chair Martha Kearney is quoted, saying, “In the deep gloom of 2020, we have discovered a shaft of light. One Two Three Four is a joyous, irreverent, insightful celebration of The Beatles, a highly original take on familiar territory. It’s also a profound book about success and failure which won the unanimous support of our judges.” 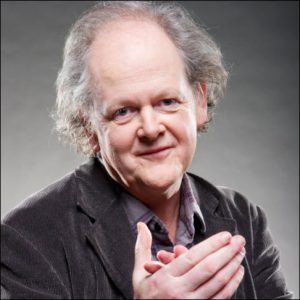 On the jury with Kearney for this year’s program were Shahidha Bari, a BBC presenter; Simon Ings, a novelist and editor; New Statesman writer Leo Robson; New York Times opinion editor Max Strasser; and Bee Wilson, a journalist and author.

The prize is named for its sponsor, and Baillie Gifford is an independent investment partnership established in Scotland in 1908 and today operating from offices in Edinburgh, London, New York, Hong Kong, Shanghai, Dublin, Zurich, Frankfurt, Toronto, Buenos Aires, and Krakow.

In his sponsor’s comment, Charles Plowden, Baillie Gifford’s senior partner, is quoted, saying, “In [a] year that has been like no other, the quality and breadth of nonfiction writing remains excellent. Congratulations to all the shortlisted authors, and to Craig Brown on winning this year’s prize.

“A worthy winner, and a book that can help provide some welcomed escapism from the current situation.” (Emphasis his.) 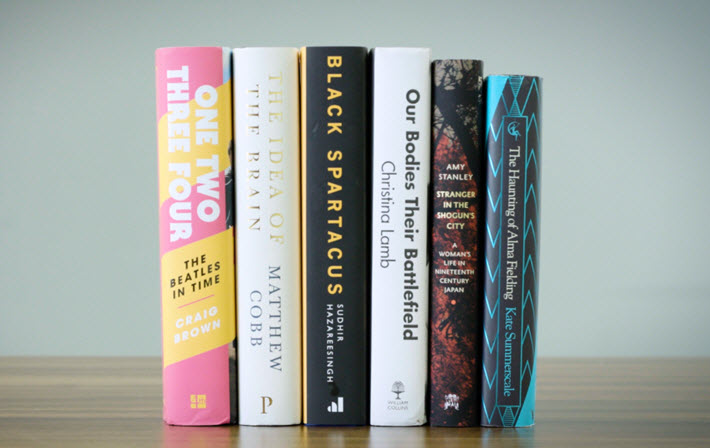 These are the titles shortlisted along with Craig Brown this year. Shortlisted authors each get £1,000 (US$1,335).

You may recall this prize better as the Samuel Johnson Prize. It was first awarded in 1999 and its name was changed to that of its sponsor in 2015. 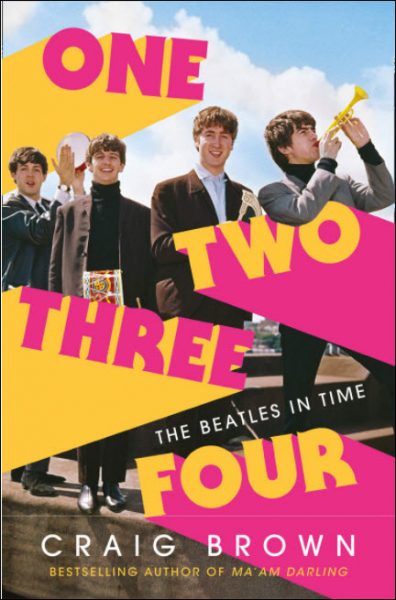 It’s an interesting question why this program seems each year to fly below the radar across the vast landscape of UK-based prize programs in publishing and books. Certainly Baillie Gifford’s funding level is quite handsome, equaling that of the Booker Prize for Fiction and its International Booker.

And there’s no question that its field of candidates is a rich one each year. Indeed, this year’s shortlist is an admirable mix of topics, several of them quite pertinent to the moment.

Several factors, however, may be working against this program receiving the public attention it deserves.

One, of course, is the sheer number of awards, particularly in the UK market. That, however, should be mitigated by the fact that this award is for nonfiction, which is less prevalent among the prize programs than fiction.

Another factor may be the prize’s timing. Its shortlist this year came out right in the middle of Frankfurter Buchmesse’s week of more than 260 hours of programming. Even when the world’s largest trade show is operating digitally, trying to get traction for an announcement of a shortlist that’s not related to that trade show is all but impossible, as the various news media are working overtime simply to stay across the news generated by the show.

Note that the Baillie Gifford, however, is hardly the only award to attempt an annual tilt at the industry’s windmilling events.

Many such programs don’t realize that news consumers and outlets are overwhelmed during events such as London Book Fair, Frankfurt, BookExpo, Sharjah International Book Fair, and the Bologna Children’s Book Fair. Timing “to” them is often the idea. But the likelihood is more about being swatted aside by an arm of the windmill than lifted up on that draft.

The same audience and its news media have so much more time and bandwidth for these announcements at other times of the year. 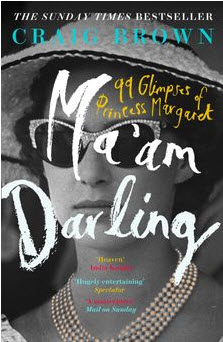 Nevertheless, there may be a third factor in regards to the Baillie Gifford’s profile. If you look at other very prominent awards in nonfiction in this class, you see that they’re more tightly defined than the Baillie Gifford in their intent, and they’re aligned with major institutions that can contribute heft to their presence and outreach.

The Cundill History Prize (US$75,000), for example, is seated at McGill University in Montreal and focuses faithfully on nonfiction writings that not only are accessible but also are sharply relevant to the contemporary consumer.

And the Nayef Al-Rodhan Prize for Global Cultural Understanding (£25,000) is focused on nonfiction that grapples with the kind of world-beating issues gripping our reading societies today. The institution behind that one is the British Academy.

There’s timely content in the Baillie Gifford’s shortlist this year, to be sure. So perhaps its still relatively new name simply needs more time to find its footing. Say to your British friends, “It’s the Samuel Johnson Prize,” and the eyes light up.

In any case, it would be good to see this worthy award draw more attention.

And what might help is an industry-wide understanding that competing with other prizes on timing and public relations (and with trade shows, book fairs, and other press-dominant events) may be doing more to hurt than help award programs. Many prizes could actually support each other if they sorted out together a calendar that gave them each a good clear shot at their needed press moments.

For that matter, they could float all boats by promoting each other, reminding their respective audiences of “nearby” awards of interest. They could celebrate each others’ juries, longlists, shortlists, and wins. Our congratulations to the shortlisted authors of the Women’s Prize for Fiction. Watch for their winner’s announcement on such-and-such date.

It shows prize programs’ generosity, maturity, and sense of their own place in the business when they step out of each other’s way on dates and cheer each other on.

When the mission is promoting good authors and publishers, cooperation can go a long way.

Below is the digital Baillie Gifford Prize winner announcement ceremony from this evening, which was sponsored—as the physical event is each year—by the Blavatnik Family Foundation.

More from Publishing Perspectives on publishing industry awards is here, and more from us on nonfiction is here.