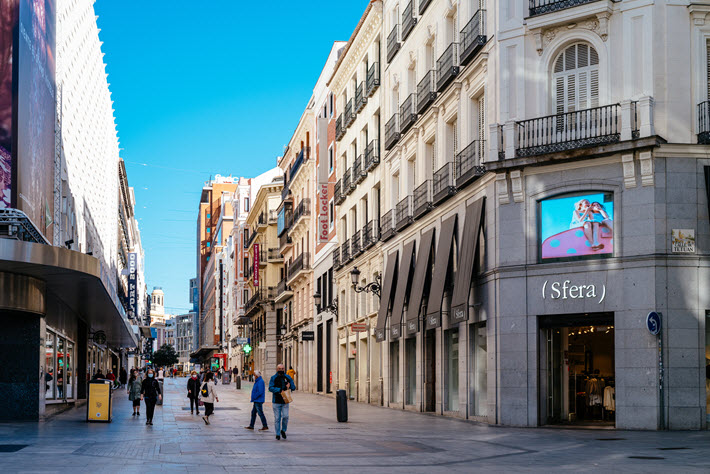 Two Spanish-language programs are being adapted next week to digital efforts in advance of the Spain Guest of Honor program for Frankfurter Buchmesse 2022. Both the Otra Mirada (Another View) initiative and Festival Eñe would have been held in Madrid.

Festival Eñe, which has had an annual edition since 2009, has the optimistic theme “Dystopia is Dead. Long Live Utopia” this year and is scheduled to have events between Monday (November 16) and November 21. Because of the coming guest of honor year for Spain, German literature will have special highlights at the festival.

And Otra Mirada, created by the Librería Cálamo of Zaragoza, is themed on dialogue between independent booksellers and publishers from Spain and Latin America. Past venues for the event have included Aragoza, Guadalajara, Antigua, and Bogotá. As in the case of Festival Eñe, German colleagues are involved this year on the run-up to 2022.

The German Foreign Office is making the project possible, with access being free of charge, and you can learn more about these efforts here.

“Literature agencies as bridges between authors and publishers play an important, mostly invisible, role in the book market worldwide. How to introduce and defend new topics that do not correspond to the literary mainstream? What can the literature produced in Spain and Latin America offer differently?”

“What characterizes the picture book produced in Spain (and Latin America) and in the German-speaking world? Can one speak of a common picture language or are there cultural boundaries? How do young readers of children’s books from other linguistic regions see the cultural enrichment of the book? How high is their acceptance in the respective other language or cultural region?”

“What is the current situation of independent bookstores in Spain and Germany (also with regard to the experiences during the pandemic)? What strategies are there for them to remain competitive in online retailing? During the spring lockdown phase in Germany there were cooperations between large bookstore chains and independent, local bookstores. Do these cooperation efforts still exist? What is the attitude of the respective public institutions to protect the independent book trade?”

“What makes up the German and Spanish readership? Who of what is setting the guidelines? How do publishers reach their readers? Do German readers have generalizations about literature created in Spain and Latin America? What are the challenges that Spanish publishers face in 2022 to break the generalities and bring new and unknown literature to German readers?”