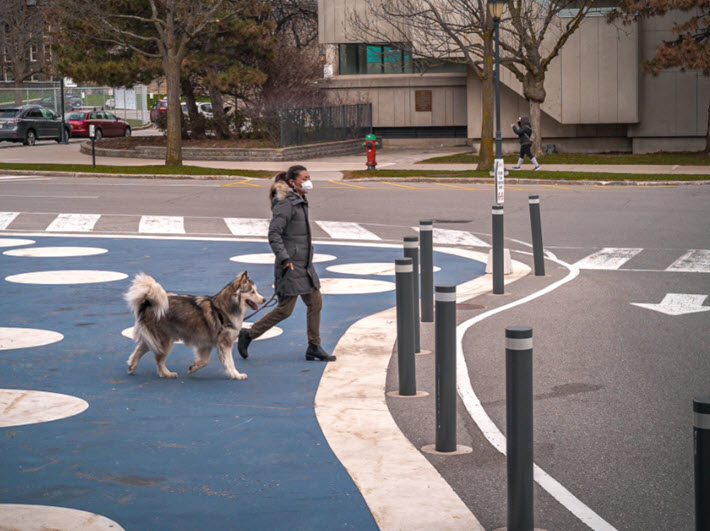 At the University of Toronto, September 24. Image – iStockphoto: Redfox CA

This week–along with so many distractions–is the ninth observance of University Press Week, and the Canadian members of the Association of University Presses—referred to as “AUPresses”—have signaled their participation by creating a book list that features three titles from each of the 11 university publishing houses based in Canada.

These listings are expected to be available, according to a memo from the University of Toronto Press, at CataList and at BookManager, the latter of which is closed today (November 11) in observance of Remembrance Day. The 49thShelf.com site has the listings ready as a download at the top of the page here.

The Canadian wing of the association also hosted a webinar earlier this week on “Indigenous Voices in Canada,” with speakers from four university presses on hand and authors as well as editors presenting books. UPDATE: The association has kindly provided a link you can use to review that event here. And we’ll also embed that session for you below.

Other partners, including local and regional booksellers, UTP Distribution, and the Ampersand Inc. sales staff “will all celebrate this special week with us,” as media messaging from Toronto has it. Member presses will also participate in an international University Press Week blog tour devised to highlight diversity supported by university presses. Blog tour posts are gathered and updated daily, and you can find those here.

In Canada, the association member-publishers include:

Members—not just in the Canadian membership—of the Association of University Presses are reported to publish more than 12,000 books annually in addition to something approaching 1,500 journals and digital works. Its activities of the week, of course, are digital in response to the coronavirus COVID-19 emergency.

The association itself, founded in 1937, functions as a center for some of the animating intentions behind college- and university-based publishing units. “The association holds intellectual freedom, integrity, stewardship, and diversity and inclusion as core values,” according the commentary being supplied to news outlets this week.

This became particularly evident in June, as Publishing Perspectives readers will recall, when the association issued a compelling statement, calling out “the white supremacist structure upon which so many of our presses and parent institutions were built.” Defying such a racist background, the organization’s message was that it was now looking to forcefully “dismantle” just such systemic and fundamental bias in its own halls.

This week, a prepared statement from the association president, Oxford University Press USA’s Niko Pfund, reads, “University presses are unparalleled in the publishing world when it comes to the use of peer review and rigorous editorial processes to ensure that the books we ‘raise up’ are among the best in their subject areas.

“We are proud of our work, and revel in the opportunity to ensure that authors who may be overlooked elsewhere have a platform to share their unique ideas and discoveries.”

“Association members-presses are active across many scholarly disciplines, including the humanities, arts, and sciences, publish significant regional and literary work, and are innovators in the world of digital publishing.”

Events and promotions this week are described as “emphasizing the strong and long-term partnerships university presses have developed with booksellers, librarians, trade groups, and other cultural outlets and venues.” There are online activities around the theme as part of a blog tour with associated companies including Ingram, NetGalley, and Baker & Taylor engaging in marketing and messaging, as well. A

A panel focused on the theme was part of the 2020 digital Brooklyn Book Festival. A recording of that panel is here.

A specific site housing information on the week’s programming is here.

As David Ljunggren and Steve Scherer are reporting for Reuters, Justin Trudeau on Tuesday “urged premiers of the country’s 10 provinces to ‘do the right thing’ and take stricter measures to fight a rapidly spreading second wave of the coronavirus. ‘We are seeing record spikes this morning across the country, so I urge the premiers and the mayors to please do the right thing: act now to protect public health, he told a news conference.

“Over the past week Canada has posted a daily average of more than 3,800 cases.”

Below, the #RaiseUP “Indigenous Voices in Canada” presentation from Tuesday (November 10):

More from Publishing Perspectives on the Canadian market is here. More from us on university presses is here. And more from us on the coronavirus COVID-19 pandemic and its impact on the world publishing industry is here.