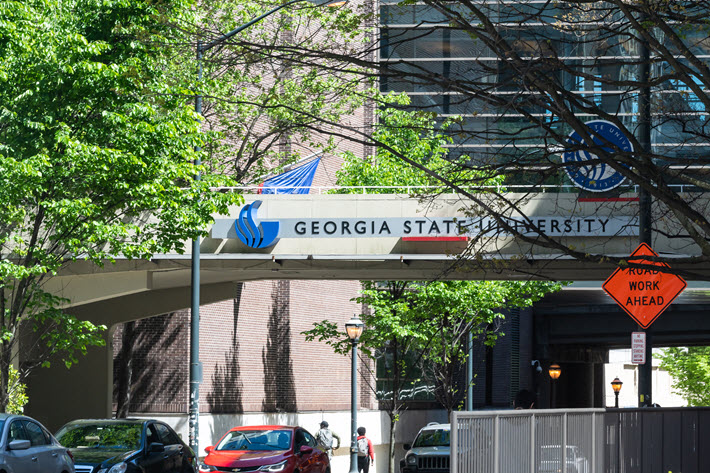 ‘A Severe Threat of Market Harm’

Ending a dozen years of legal contention, the Association of American Publishers (AAP) and Copyright Clearance Center (CCC) have announced that they’ve elected to end litigation about digital copying and distribution in the higher-education space.

The initial court filings in 2008 in the Northern Georgia District Court alleged that Georgia State University in Atlanta was practicing “systematic, widespread, and unauthorized copying and distribution of a vast amount of copyrighted works” through a system called “e-reserves.” An e-reserves program is intended to provide controlled access to digital course content only for students registered to a given syllabus.

A 2012 finding supported the university, seeing most of the uses in question to be permissible under fair use.

Two years later, in 2014, the 11th Circuit Court made reversals to the first decision, remanding the case to the lower court, which then found four of 49 instances to be infringements. In both lower-court assessments, the university was deemed the prevailing party.

“We made this difficult decision,” AAP and CCC now say in their new statement, “after carefully considering well-established copyright precedent, including two authoritative decisions in this litigation from the court of appeals for the 11th circuit, which reversed and vacated two prior decisions from the United States District Court for the Northern District of Georgia.”

In a joint statement from AAP president and CEO Maria A. Pallante and CCC president and CEO Tracey Armstrong, they point out that over the years, the litigation has framed two points they feel are of key value: 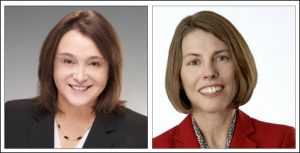 “After careful consideration, the plaintiffs, AAP and CCC, have decided to conclude, rather than appeal, the Georgia State University ‘e-reserves’ case, following 12 years of litigation regarding both the exclusive rights accorded to copyright owners under US copyright law, and, relatedly, the appropriate limits of fair use in instances where licenses are available.

“We are pleased and satisfied that the court of appeals has issued two forceful rulings in the case, making clear that the kind of ‘nontransformative copying’ undertaken by Georgia State University poses a ‘severe threat of market harm’ to publishers, and that such harm should be given ‘more significant weight in [the] overall fair use analysis’ and ‘strongly disfavors’ fair use where publishers have offered digital licenses for the material.

“The fact that such copying occurs in an educational setting does not ameliorate the ‘threat of market substitution,’ the Court of Appeals held.”

As the statement from the association and Copyright Clearance Center puts it, “The overarching objective of this litigation” has been achieved, “to establish that institutions of higher learning cannot ignore copyright law by digitally copying and distributing significant excerpts from copyrighted course readings without a license, no matter how convenient.

“The court of appeals has issued two forceful rulings in the case, making clear that the ‘nontransformative copying’ undertaken by Georgia State University poses a ‘severe threat of market harm’ to publishers.”Maria A. Pallante, Tracey Armstrong

That guidance, the statement says, is adequate to ensure “that universities will maintain copyright policies and practices that are consistent with its rulings and well-established copyright jurisprudence.”

“As we conclude this case,” the association and Copyright Clearance Center write, “we note that these are extraordinary times marked by unprecedented challenges and opportunities, including for universities, and we are therefore more committed than ever to helping students, scholars, libraries, and the reading public to achieve learning and research success.”

Publishing Perspectives readers will have quickly spotted parallels here with the years-long saga of the Canadian Copyright Modernization Act dispute in Canada.

Since the implementation of the 2012 act in 2013, universities in the English-language Canadian market have worked along the lines of a “10 percent” approach, which other educational institutions, including K-12 schools, have then adopted. In some university settings, instructors have copied up to 10 percent of a book, or a full chapter, and then distributed this copied material to students without a publisher’s permission and without paying a licensing fee, sometimes called a tariff. This meant that no authors and no publishers were paid for this use of the material in question.

“The fact that such copying occurs in an educational setting does not ameliorate the ‘threat of market substitution,’ the Court of Appeals held.”Maria A. Pallante, Tracey Armstrong

In that ongoing dispute, the Association of Canadian Publishers and Access Copyright—not unlike CCC, a collective management organization for the English-language Canadian market—achieved a ringing federal court victory in 2017 in Access Copyright v. York University from the federal court of Justice Michael L. Phelan, who wrote in his decision that the Modernization Act’s guidelines as interpreted by York University were unfair and that tariffs (those licensing fees) certified by the country’s copyright board are enforceable.

The educational sector, however, has continued to resist, refusing to pay the annual per-student licensing fees certified by the copyright board and making appeals until, in April of this year, a new decision from an appellate court said that the educational community had acted wrongly but that schools and universities are not required to pay the licensing fees.

The publishers report that the Copyright Modernization Act of 2012 has opened the door to  illegal and systematic copying by the K-12 and post-secondary education sector, which has now accrued cumulative liabilities of more than $150 million (US$105.2 million).

The latest wrinkle in that case is that the Supreme Court of Canada has agreed to hear Access Copyright’s and York University’s appeals at a date not yet announced. And the Canadian dispute has grown far wider than the issue addressed by AAP and CCC. At one point whole provincial educational systems in Canada have sued Access Copyright in alliance with the positions of York University.

But the broadest overview of these cases has to do with how the digital dynamic has blurred some of the once-bright lines around copyright’s protections in the minds of those who are inclined to see—or claim they see—digital content as less firmly guarded by copyright laws and limitations.

The irony escapes few of us that these battles are being fought in educational settings, in which it’s assumed that creativity and the protection of intellectual property would be sacrosanct. Instead, we find educators and scholars working to leverage their own colleagues’ creative property without regard to the legal boundaries meant to protect it–and their own work.

In a final line from the Association of American Publishers and Copyright Clearance Center, the two parties commit to taking a high road, even as more challenges like those alleged at Georgia State and in Canada will surely arise in the future.

“Consistent with the fundamental mission of publishing,” the new statement reads, “we will continue to make high-quality works of authorship and research widely available, and further serve our customers and the long-term public interest by investing in affordable and sustainable business models.”