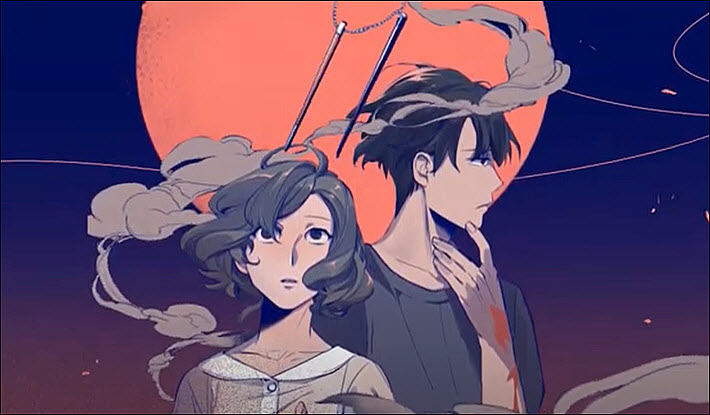 In its early output, the new Taiwan Creative Content Agency (TAICCA) introduces drama, a kind of historic newsreel, a boyhood tale, and a survey of literature in challenging times.

A still from ‘Chopsticks,’ one of four ‘Theatre of Voice’ short works from Taiwan. Image: TAICCA

Not unlike Publishing Scotland’s compelling Second Nature documentary on Scottish nature writing, you may have missed the quiet presentation at Frankfurter Buchmesse called Theatre of Voice: Four Stories from Taiwan.

You’ll recall our story on Taipei’s development of the new Taiwan Creative Content Agency (TAICCA) to build and support projects in transmedial development on the OSMU model, or One-Source Multi-Use. Here’s a look at some early material coming from the program.

BookFest followers at Frankfurt may have seen it during that series’ presentation of 28 hours of programming.

Equally divided into four sections, the 20-minute reel presents a quartet of stories–each quite different in style and intent.

We’re pleased to have a chance to offer you a look at each of these works today, with TAICCA’s assistance, not least because of the connection with “Tailywood,” as Taipei’s cinematic community sometimes is called, but also because of the sheer range of activity represented by these pieces. They were first described to us as “audio tests.” And while each entry is much more fully produced that that characterization would suggest, they are, in fact, pilots of a kind, demonstrations of intellectual property development to come.

Those who joined us in our Frankfurt Conference discussion with several CEOs on Frankfurt Wednesday, in fact, might remember our quick exchange with HarperCollins India CEO Ananth Padmanabhan on his work in producing short videos for producers and studios based on Harper’s list–high quality, memorable turns on the concepts and potential of various works for screen development. The good news from Padmanabhan was that the coronavirus COVID-19 pandemic has provided film artists with some time to work on this project, so production has continued despite the constraints.

TAICCA’s output here indicates that this new agency, likewise, is turning out work at an impressive pace, and in one of the markets of the world that seems to have put almost all others to shame in its handling of the pathogen. At this writing, the 4:24 a.m. ET (0824 GMT) update of the Johns Hopkins Coronavirus Resource Center sees 544 cases—not a typo, just 544, in Taiwan’s population of 23.8 million, with only seven fatalities.

What we’ll do now is give you a chance to look at each of these pieces, which TAICCA beguilingly is positioning as being from “islands in the East.”

Notice how little you see of the faces in this work until quite near the end. “I suddenly felt a gaze cast upon me. In some dark place, someone was peeping at me. No, measuring me. The gaze was jocular, but also a little greedy.”

‘Once Upon a Time in Hollywood Taiwan’

This piece looks at the release of the Taiwanese Hokkien film Hsueh Ping-Kuei and Wang Pao-Chuan. “It reverberated like a bolt of thunder.” In a sense, this is a cinema newsreel in which the news is the cinema.

‘The Magician on the Skywalk’

You may need no more about this one than the line, “I saw a stone lion facing me in the doorway.”

‘Literary Works of the Authoritarian Regime’

In this quick documentary, you’re introduced to Taiwan’s literature written in Mandarin after the close of World War II. The end of Japanese rule ushered in China’s control and martial law—which included “strict censorship.”