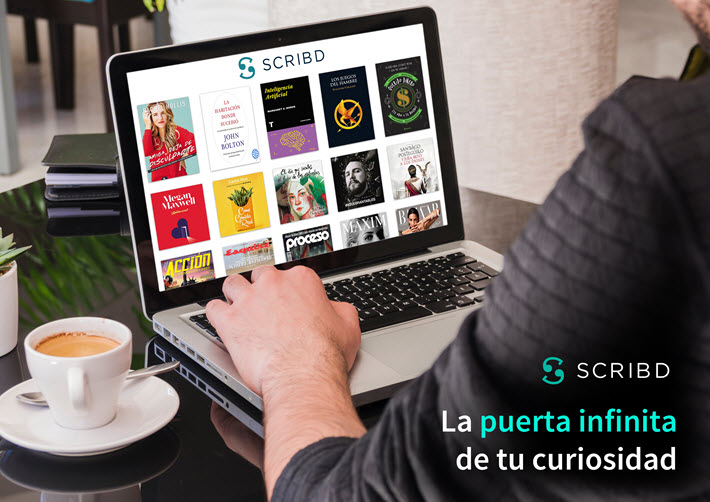 Image: From Scribd’s new international ad campaign, ‘The Infinite Door to Your Curiosity’

As Frankfurter Buchmesse approaches (October 14 to 18), subscription services in the digital content space are a frequently encountered topic. And one of the most prominent and longest standing subscription companies, Trip Adler’s San Francisco-based subscription service Scribd  is announcing today (October 8) that it’s opening its first international advertising campaign.

The occasion is the anniversary of Scribd’s entry into the Méxican market. One of the success points for the company there has been its exclusive partnership with Grupo Planeta, which has made more than 1,000 Planeta Spanish-language titles available to subscribers from imprints including Seix Barral, Paidós, Crítica, and Para Dummies. Scribd remains at this writing the only subscription reading service available in Latin America to offer these premium ebooks.

Additionally, Scribd says it has added several hundred titles from Grupo Editorial Océano and premium magazine content from titles sourced from other venues.

The newly launching campaign is called “The Infinite Door To Your Curiosity.” It has been pointed out to the team, a spokesperson confirms, that a door is not infinite, although one’s curiosity might be. They’re happy to defy logic and are sticking with their commercial phrase. So don’t let the infinite door hit you on the way out of the realm of plausibility.

In a prepared statement for today’s media messaging, Scribd’s vice-president of marketing Jen Singerman says, “Our subscribers in México are lifelong learners who use reading as a vehicle for personal growth and connecting with the world around them.

“As we expand our brand in México, we want to celebrate this thirst for knowledge and educate consumers on how the breadth and quality of content on Scribd can improve their lives.”

The cost of a Spanish-language premium subscription now is 149 pesos (US$6.95), the equivalent of about two dollars less than it was when it opened last year at $8.99. We asked the company about this, and a spokesperson confirmed the change, saying that Scribd “has optimized this new price to be more competitive and to better fit the market.”

Mexican users log in at Scribd.com, but they see new localized pages and offerings curated for their market.

Méxican Subscription: US$6.95 per month 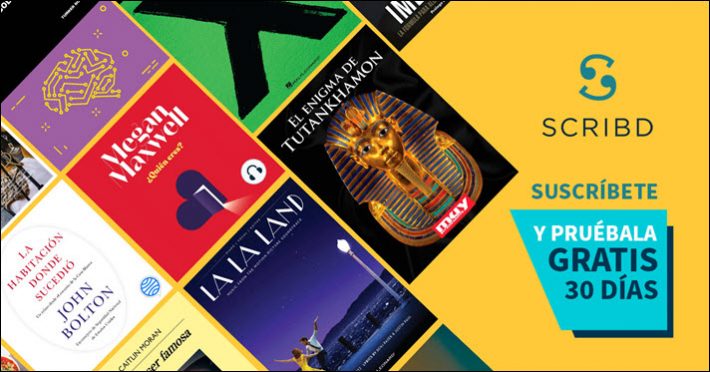 Coupling the ad program release with some site and catalogue improvements, the Scribd team offers several points quantifying its growth parameters in this first year in the Méxican market:

In this morning’s communications, Scribd’s offices say they’re planning to add podcasts to the subscription program soon and will “bring ebooks to life in new and interesting ways as part of the Scribd Audio program.”

México and the Coronavirus 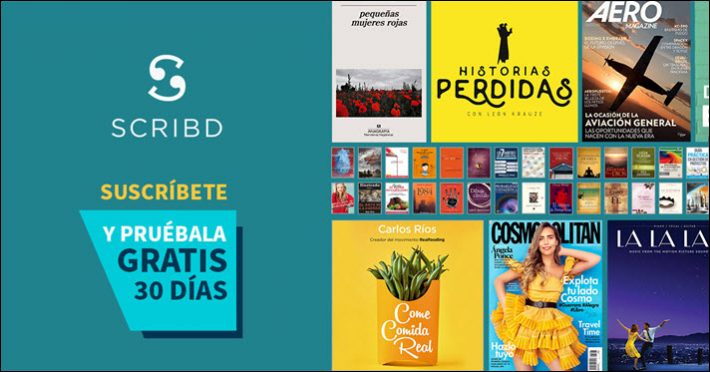 Image: From Scribd’s new ad series, in this instance with a 30-day free trial. During coronavirus pandemic lockdowns, users were offered 30 days of free access

As you may remember, the government of Méxican president Andrés Manuel López Obrador has been criticized for making late and limited mitigation efforts, some of which was reported in late March by the Los Angeles Times’ Patrick J. McDonnell and Kate Linthicum.  They wrote, ‘The president’s restrained approach has earned him blistering criticism from independent public health experts and an accusation from New York-based Human Rights Watch that he is ‘putting the people of México in grave danger.’”

Unfortunately, the criticism may have been well founded.

México has the ninth highest caseload in the world this morning. At this writing, the 6:23 a.m. ET (1023 GMT) update of the Johns Hopkins Coronavirus Resource Center sees 799,188 cases in México’s population of 126 million, with the world’s fourth largest fatality count, 82,726 deaths registered so far.

Below is a promotional video released in June 2019 by Scribd:

More from Publishing Perspectives on Scribd is here, more from us on subscriptions is here, and more on the Mexican market is here. More on Frankfurter Buchmesse is here.