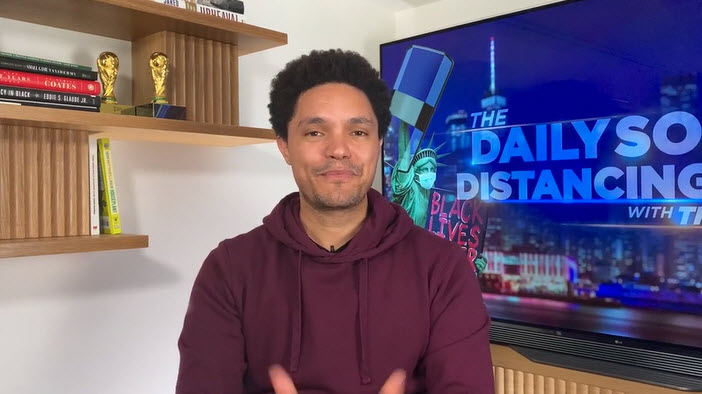 The 2020 SA Book Awards’ highest honor goes to Trevor Noah for his rendition for young readers of his memoir, ‘Born a Crime.’

Trevor Noah in his acceptance video for his wins in the 2020 SA Book Awards program. Image: SABA, Nielsen

Noah: ‘My Family’s Story and My Country’s Story’

In a ceremony streamed live from South Africa this morning (October 1), the 20th anniversary edition of the SA Book Awards has named the South African comedian, political commentator, Daily Show host, producer, and author Trevor Noah its Book of the Year winner.

These awards are chosen in three categories—adult fiction, adult nonfiction, and children’s—by the votes of booksellers, and eligible books are written by South African authors and published in the country, as tracked by Nielsen Bookscan South Africa. 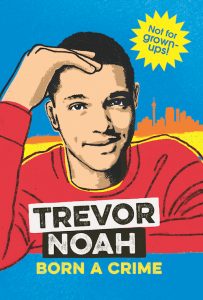 Organizers tell us that this year saw a record number of booksellers voting.

The visibility, of course, is going this morning to Noah, who won the Children’s Book category prize for Trevor Noah: Born a Crime (Penguin Random House). Noah also was named to the overall Book of the Year honor because, the awards program announced, he received the highest number of bookseller votes and was “the clear favorite” among participating retailers.

In comments on the wins, Noah is quoted, saying, “Writing a book was a very scary experience, but turning the book into a book specifically for kids was even more scary because children have a very short attention span if  your book is boring. 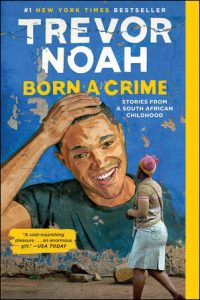 His reference here is to the fact that his children’s book, It’s Trevor Noah: Born a Crime (Penguin Random House, April 2020),  is a recasting for a younger audience of his adult memoir, Born a Crime: Stories From a South African Childhood.

Noah also thanked his readers and praised parents who have read the book with their children as well as teachers who have recommended it.

Informed of his win of the Book of the Year award, Noah said, “This book was my blood, sweat and tears.  It was my family’s story and my country’s story.”

In a taped message of thanks, Noah says that he’d like to get some of his fellow South African authors onto the show, “so we can get some of your books to the rest of the world.

“And that is the goal for South Africa. To be out there, the powerhouse, the way we always knew we could be.

“I’m going to go and celebrate this by not hanging out with anybody because of coronavirus.”

The self-published author Jackie Phamotse has won the SA Book Award in the adult fiction category for her Bare: The Cradle of the Hockey Club.

And Pieter du Toit won the adult nonfiction category award for his Stellenbosch Mafia: Inside the Billionaire’s Club (Jonathan Ball 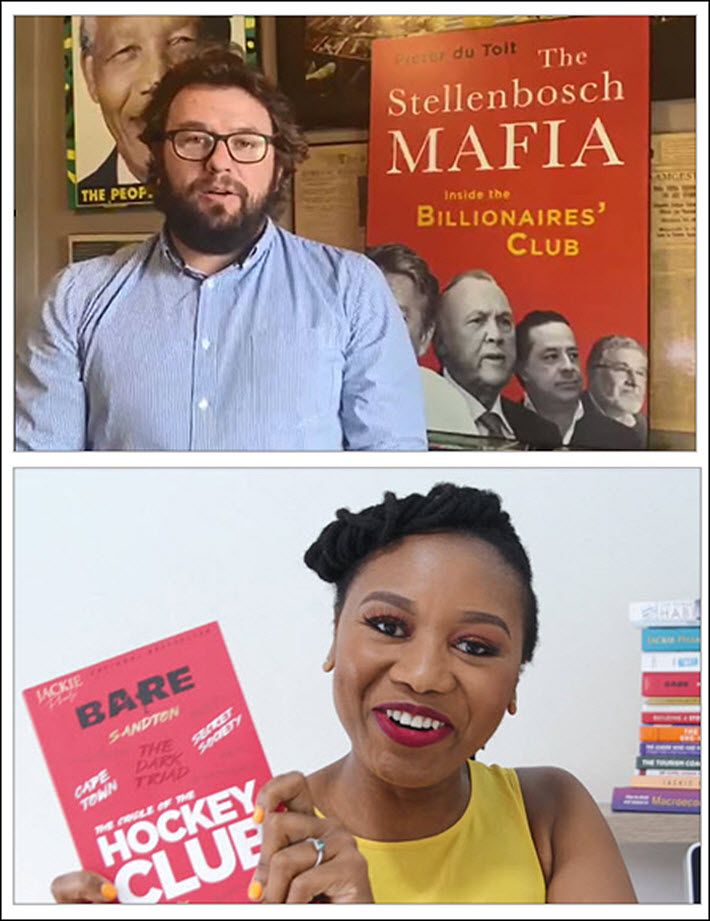 Shortlists for the 2020 SA Book Awards

The winner in each category is in bold.

The BBC reports that South Africa’s economy lost as many as 2.2 million jobs in the second quarter of 2020 during lockdowns for the coronavirus COVID-19 pandemic. Most businesses there were closed for five weeks, starting March 27.

More from Publishing Perspectives on South Africa is here, more from us on publishing and book awards is here, and more on Nielsen is here.