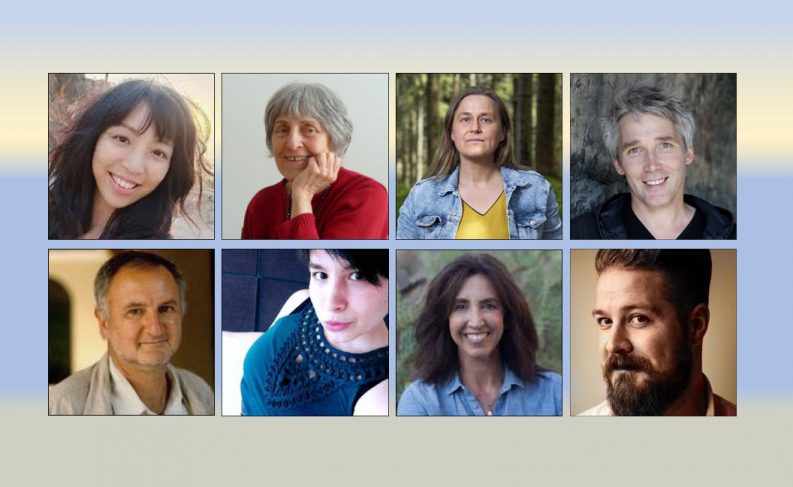 Authors whose work is featured today are writing from Singapore, the United States, Norway, Italy, Finland, Canada, Germany, and the United Kingdom. 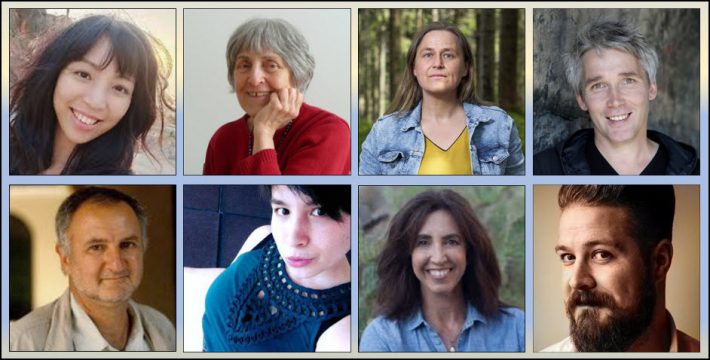 As our good colleagues at Frankfurter Buchmesse are reminding publishing professionals that the new Frankfurt Rights platform is open for business.

“It’s where you can make lasting business contacts,” they’re announcing, “browse publisher profiles and catalogues, create personal favourite lists, share sample chapters or other preview materials, as well as send and receive messages from colleagues and business partners.” It’s open to all registered exhibitors and attendees with a My Book Fair profile in the system, free of charge right on into 2021.

Be sure to download your free copy of our own new release, a Frankfurter Buchmesse Special Edition magazine: Frankfurt Through a Screen. It has all the information you need on how to access this digital doing of the world’s largest book trade show, and a huge round of material to bring you up to speed on the world industry.

And just days before the official start of the trade show on Tuesday (October 13), we have another Rights Roundup for you, again with relatively newly released works—lots of rights available. Our collection today includes lots of fiction, a YA book, and (ready?) a Christmas book. 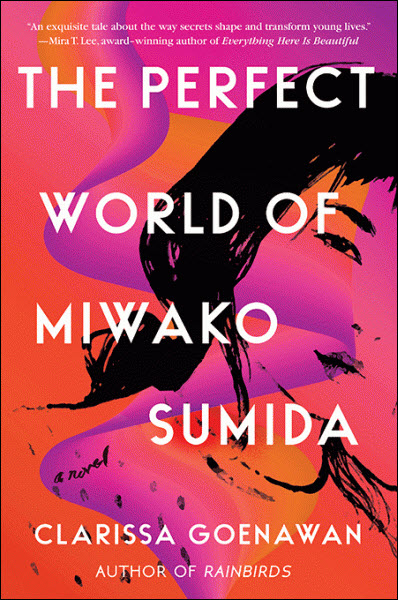 The Perfect World of Miwako Sumida

Published in the States by Bronwen Hruska’s Soho Press, Clarissa Goenawan is an Indonesia-born Singapore author whose Rainbirds won the 2015 Bath Novel Award.

The Perfect World of Miwako Sumida is described as “a novel of tragedy and dark histories set in Japan.” The tale follows the suicide of university sophomore Miwako Sumida. As friends try to trace the background of what has happened, the sister of one of them gets a surprise visit in Tokyo.

“Expanding on the world of Rainbirds, Goenawan gradually pierces a young woman’s careful facade, unmasking her most painful secrets.” 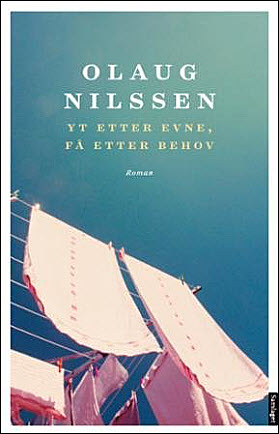 The One Needful Thing

In The One Needful Thing, the reader gains insight into the daily life of what once was a wholly ordinary family that has ceased to be ordinary.

“Both humorous and serious, the novel explores the question of who will shoulder a responsibility that nobody can really manage in the age of individualism?

“Can a balance be found between freedom and obligation within the community, or even among the members of the same family?” 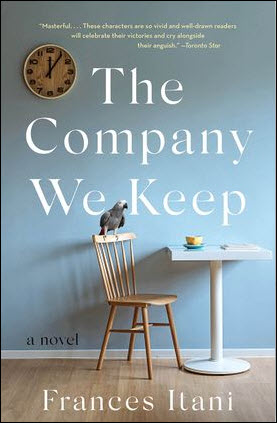 The Company We Keep

“Following the death of her husband, Hazzley starts a grief group.

“Four people turn up for the first meeting: Gwen, a recently widowed retiree who is pet sitting a cantankerous parrot; Chiyo, a 40-year-old fitness instructor who cared for her unyielding mother; Addie, a woman preemptively grieving a close friend; and Tom, an antique dealer who comes to the first meeting hoping cake will be served.

“Before long, they’re joined by Allam, a Syrian refugee with his own story to tell.” 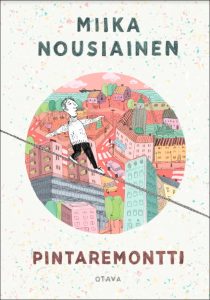 Miika Nousiainen’s new novel is described as a “tragicomic tale of life’s biggest questions and their surprisingly simple answers.”

Having made his debut in 2007 with Raspberry Boat Refugee, Nousiainen now has five books out and is well known in Finland for his television work as a presenter and screenwriter.

In Facelift, Sami has a dream: he desperately wants to be a father. Promotional copy reads, “His biological clock has been ticking for the past 15 years. When Sami’s future-mother-candidate rides off with a biker guy, he makes a series of bad choices.

“Sini, a wellbeing blogger with perfectly instagrammable life arrives to offer a solution.” 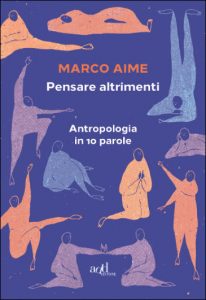 This book is called “a journey into the world of anthropology through 10 key words.” But, at least in English, there are 14 words here. They form 10 good phrases, though:

Aimé’s approach is said to “help us interpret the increasingly fast shuffling of the reality we see around us and to better understand what’s happening in our cities, our streets, and our lives.

“Cultural anthropology, which started out as a study of the cultures of peoples far from the West, has expanded its field of action to deal with the here and now: the center of its attention is the human being–a biological, behavioral, psychological, social and economic phenomenon, all at the same time–observed as the individual in the community.” 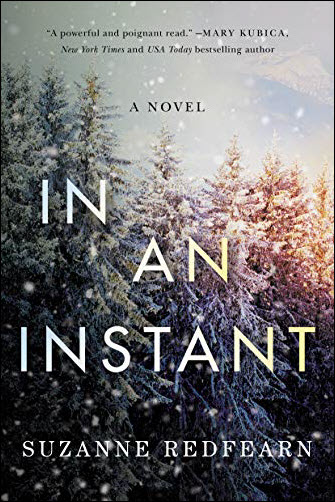 “An Amazon Charts-bestselling story of carrying on even when it seems impossible.

“Life is over in an instant for 16-year-old Finn Miller when a devastating car accident tumbles her and 10 others over the side of a mountain. Suspended between worlds, she watches helplessly as those she loves struggle to survive.

“Heartrending yet ultimately redemptive, In an Instant is a story about the power of love, the meaning of family, and carrying on, even when it seems impossible.” 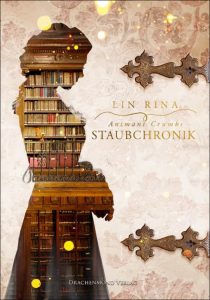 Lin Rina’s book is called “an atmospheric YA novel set in a bookish corner of 19th-century London.

“Animant Crumbs Staubchronik paints a picture of places that books and stories can take you in real life.”

The book is said to have a “witty and sarcastic heroine. the reader instantly falls in love with.”

From the promotional copy: “Dresses, balls and the search for the perfect husband. This is what Animants mother wants for her daughter. But Ani has other things in mind. She lives in a world of books, and tries to avoid reality. A knock on the door changes that with an offer that turns her life upside down.

“A month in London, a huge, fully automated search engine, the circumstances of the less privileged, and a job in a library. And of course feelings that until then she only knew from books.” 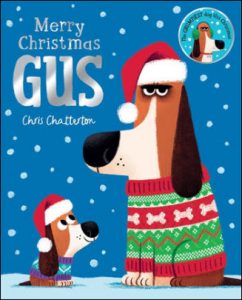 Described as “an hilarious Christmas picture book,” author-illustrator’s new title—publishing October 15—is about Chatterton’s grumpy Gus character, said (by the author) to be based on his own grumpiness.

“To Gus, a tree is only good for one thing, and it’s not for hanging baubles on.

“But can everyone’s favorite grump learn to love the season of goodwill? “Gus will appeal to everyone who loves Christmas,” the publisher tells us, “and to all those Scrooges who don’t.”