As Frankfurt Rights goes online, these titles are available for international rights deals from the UK, Norway, Germany, Sweden, and Spain. 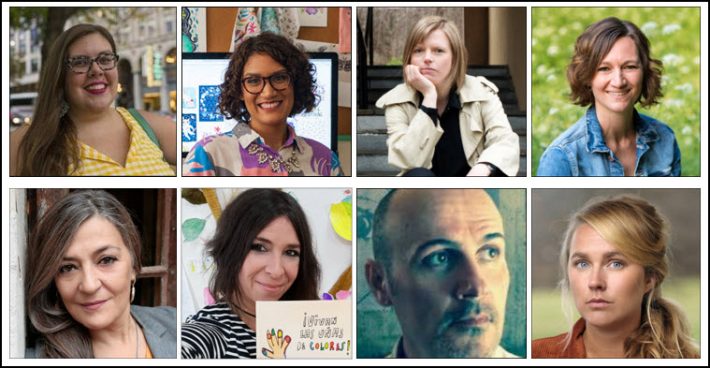 Three debuts are among the titles in our bonus edition of Rights Roundup today, timed to this week’s opening of Frankfurt Rights.

As Publishing Perspectives readers know, Frankfurt Rights is the new online platform for international rights and licensing trading, and digital exhibitors with Frankfurter Buchmesse (October 14 to 18) have access to a free version of the platform.

Today, we’re again highlighting some titles that haven’t yet drawn stacks of deals because they’re being newly offered as the trade show nears.

There are three debuts among them, and two works for younger readers. One of today’s listings helps children understand social activism. Another, very much for adults, has a title that matches our own sentiments, just with less violent outcomes–I Don’t Like Mondays. (Congratulations if you recall the actual event from which that title is drawn.)

Activists Assemble: We Are All Equal!

Described by Isabel Miller at Pan Mac as “a beautifully designed and highly accessible call to action for young people,” Activists Assemble: We Are All Equal! is said in promotional materials to “explain what it is to be a citizen; how important it is to treat, and be treated, as equal within the society; and how you can use your voice to champion equality.”

Shannon Weber’s text and Jade Orlando’s illustrations looks at activism from a historical perspective and includes a 16-page “activity section” with discussion questions and space for readers to write their own ideas and observations.

Silje O. Ulstein’s debut novel is a dark thriller that asks whether it’s possible to shed one’s skin and become someone else entirely.

The story shifts between two time frames: The early 2000’s, when three flat mates in their 20s decide to get a baby tiger python as pet, and 2017, when an 11-year old girl is missing. 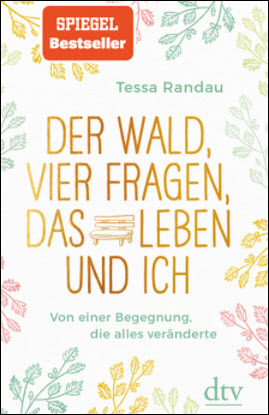 The Forest, Four Questions, Life, and I

In Tessa Randau’s debut, the young woman has all she could dream of but is, nonetheless, increasingly discontent.

One day, while walking through the woods, she encounters an old woman, who shares with her the four questions of life that can change everything.

The old woman doesn’t have any easy answers, much to the young mother’s disappointment. Instead, she offers to reveal the final question to her. This one has the greatest power to prompt far-reaching change. Is she ready for this?

The book is being compared to John Strelecky’s The Why Café. 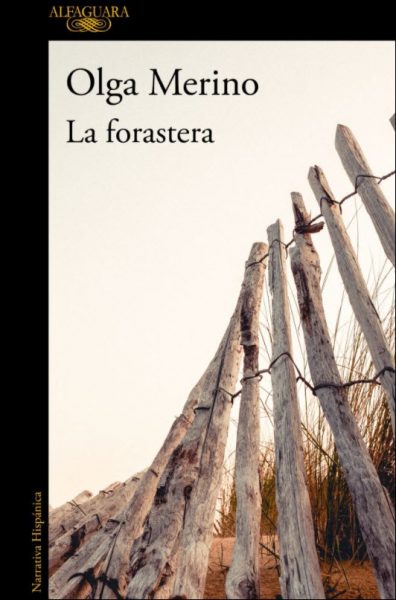 The Stranger is described as a contemporary western set in the rugged, unforgiving territory of rural Spain.

For the locals, Angie is the village crazy lady. She lives isolated and alone in the country.

One morning, Angie discovers the lifeless body of the local landowner, hanging from a branch of a walnut tree. This news endangers her own land and the future of the entire village. Her discovery of secrets buried in the land leads her to know “once you lose everything, they can’t take anything from you, and you’re invincible.” 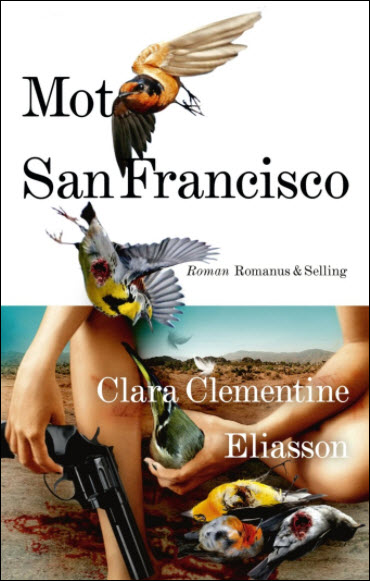 A debut novel, I Don’t Like Mondays is based loosely on the school shooter Brenda Ann Spencer who killed an elementary school principal and custodian and injured eight children and a police officer in an attack in January 1979 in San Diego. Asked why she’d committed such an awful crime, Spencer replied, “I don’t like Mondays. This livens up the day.”

In Clara Eliasson’s book, the story moves to 2019, and a prison break.

The book tells a tale about the obsession of first love, the despair of feeling doomed from the start, and of the freedom of running wild in feverish nights among the flowering citrus trees of southern California. 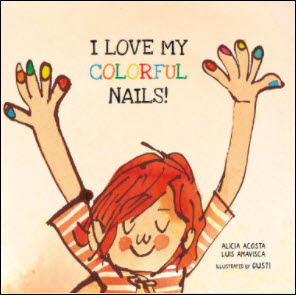 I Love My Colorful Nails

By Alicia Acosta Unas and Luis Amavisca
Illustrated by Gusti

Ben loves to paint his nails. But when his schoolmates start laughing at him, his dad decides to show his support by painting his own nails too.

An empowering story about acceptance, tolerance, freedom, and gender inspired by true events. 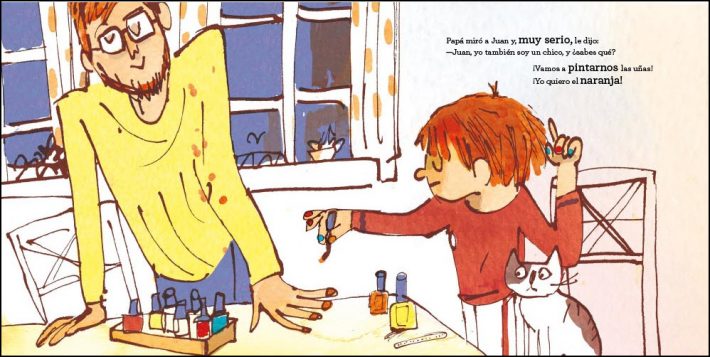