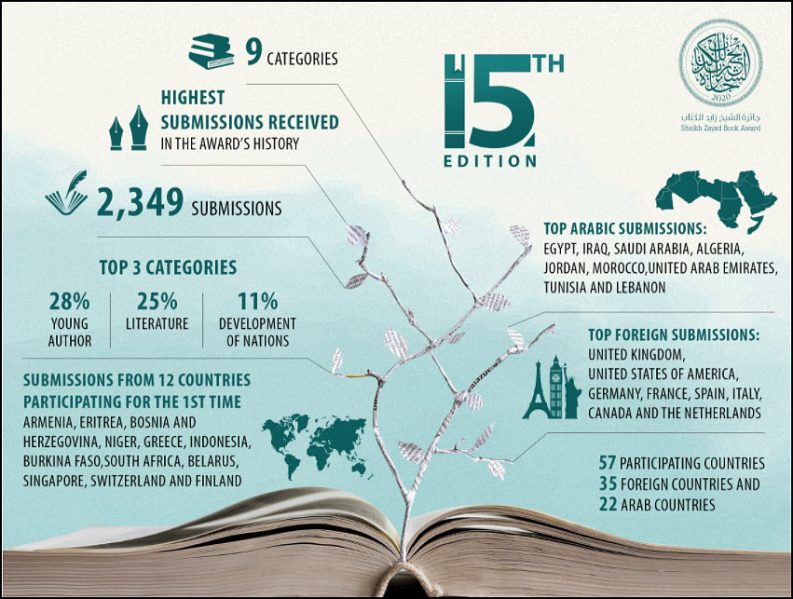 The Abu Dhabi-based Sheikh Zayed Book Award sees a 23-percent jump in submissions, with Egypt leading out of 57 countries. 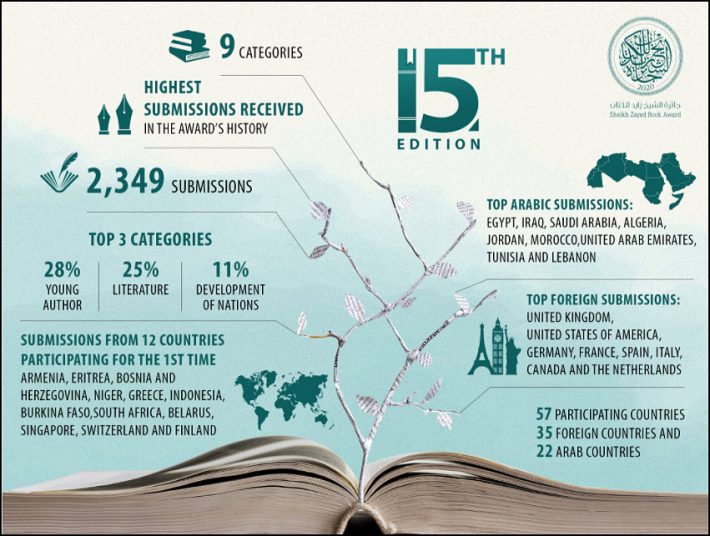 Tamim: ‘Immensely Proud of This Growth’

A total 2,349 titles have been submitted across the nine categories of the program, organizers say, representing 22 Arab nations and 35 countries outside the Arab world—a total of 57 publishing markets.

With the Zayed Award’s secretary-general Dr. Ali bin Tamim presiding, the award’s reading panel conducted its discussions in digital sessions. Tamim is also chairman of the Abu Dhabi Arabic Language Center, and he was joined on the committee by the several of the program’s Scientific Committee members: from Jordan, Khalil Al Sheikh; from the United Arab Emirates, literary critic Sultan Al Ameemi and Ali Al-Kaabi.

As Publishing Perspectives readers know, the Abu Dhabi-based Sheikh Zayed Book Award‘s Scientific Committee” is at the center of the 7 million dirham annual program (US$1.9 million).

In a prepared comment from Tamim on the news of the award’s expanding visibility and interest, we read, “This is another milestone that reiterates the Sheikh Zayed Book Award’s status and continued success.

“We’re immensely proud of this growth, which comes in contrast to the ongoing pandemic and the impact it continues to have on the publishing sector.

“Our gratitude goes to writers, translators, and publishers for their contributions to literature and culture in these times. The Sheikh Zayed Book Award is committed and will continue to foster creativity, originality and excellence with integrity and transparency, leading the pioneering cultural role of the United Arab Emirates.”

This year, Egypt is in the lead, with the majority of Arabic-language submissions. Iraq is next, then Saudi Arabia, Algeria, Jordan, Morocco, the UAE, Tunisia, and Lebanon.

In work not in Arabic, the United Kingdom leads, followed by the United States, Germany, France, Spain, Italy, Canada, and the Netherlands.

A dozen nations are represented for the first time in the submissions pool:

Categories and Next Steps 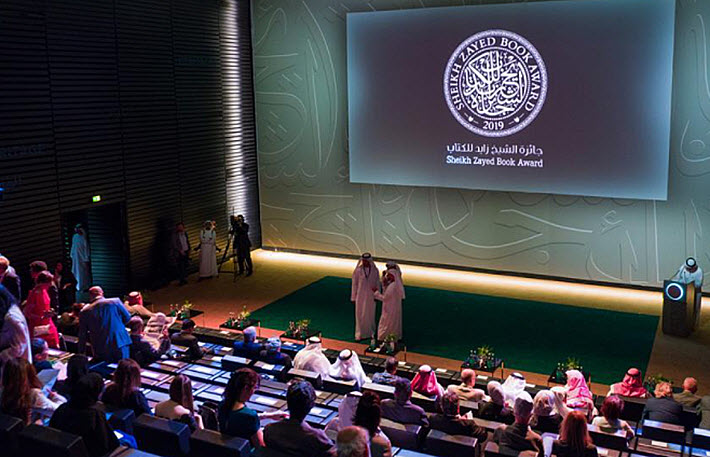 Those interested in seeing awards programs surface and promote new voices may be glad to hear that the Young Author category has been the most popular for entries this year, comprising some 28 percent of all the submissions made.

Following the reading panel’s review, the next stage is an announcement of the longlist, and we anticipate having that in November.

What follows that is a thorough literary review by the award program’s jury members, which then hands off to the Scientific Committee for a shortlist. The 2021 winners are to be announced in the spring.

With a purse of 750,000 UAE dirhams (US$204,194) in each of the eight book categories, the Sheikh Zayed program additionally offers 1 million dirhams (US$272,259) to the winner of its Cultural Personality of the Year honor.

It’s the richest prize program in Arabic literature awards, and in several categories, publishers of its winners are granted translation and marketing funding to help expand the presence of Arabic work in world markets.