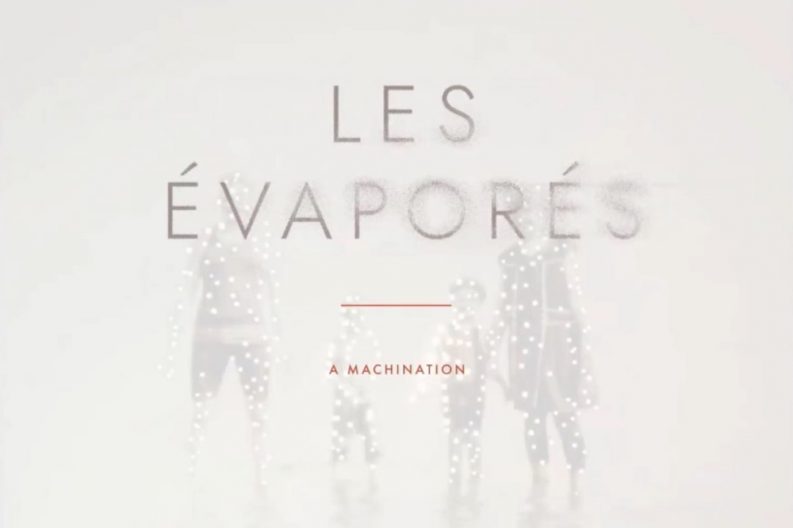 In a Frankfurter Buchmesse Arts+ session, publisher Antoine Tanguay introduces his interactive storytelling project and why he believes publishers need to adapt to ‘changing cultural needs.’ 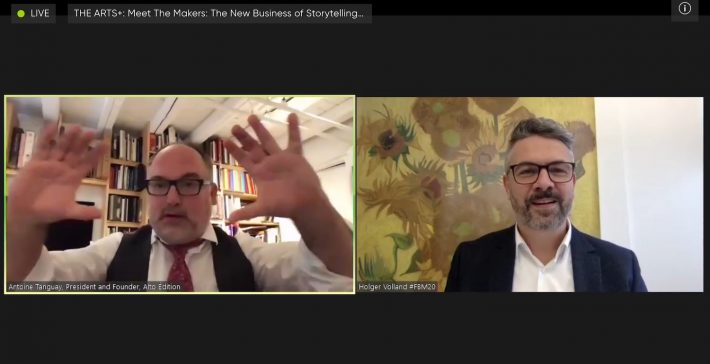 ‘Truth Does Not Mean Reality’

So far in the entertainment world, immersive, interactive storytelling projects have yet to inhabit a recognized a mainstream medium the way books, films, and games do. Games are adapted into books, and books are adapted into films—stories are being told across these formats. And  yet, interactive story projects that truly span these silos of media—and even enter the physical world—are still, after many years of one-off projects, not easily finding their footing.

This is something that Antoine Tanguay, publisher of Québec City-based Éditions Alto, is aiming to change.

Today (October 14) in an online The Arts+ session at Frankfurter Buchmesse called “Meet the Makers,” he and Frankfurt vice-president Holger Volland discussed Tanguay’s emerging project called The Evaporated, and the technical platform he’s building to host it.

This is a story, Tanguay said, about “the traces we leave behind and who will remember us.”

It also plays, he said, with the idea that “everything is fiction and truth does not mean reality.” There are secret societies, disappearance, doppelgängers, and mysteries, Tanguay said, teasing the story which is set to launch in autumn 2021. 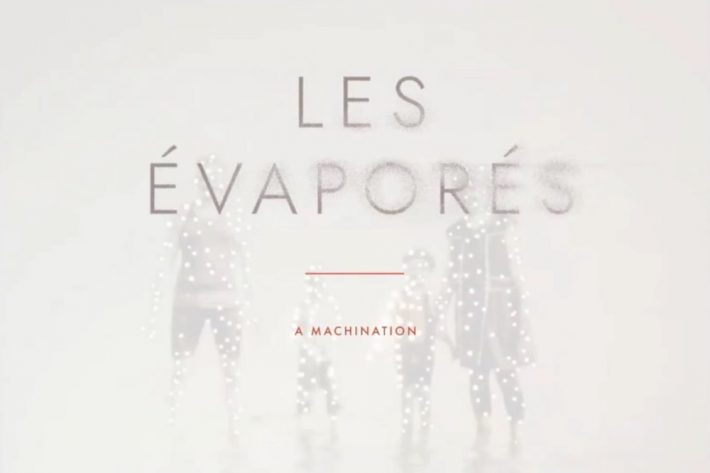 Imagery from ‘The Evaporated,’ a new interactive story in development. Image: Éditions Alto

The Evaporated will be produced as a book, published in both French and English by Coach House Books.

Thanks to a grant of 150,000 Canadian dollars (US$114,124) from SODEC and the Canada Council for the Arts, the story also is being developed as an interactive experience that includes games, digital and physical artifacts, and a real-life community of participants who can connect with each other.

Tanguay describes The Evaporated as having a base narrative for those people who just want to be told a story. Then, he said, there are deeper levels of immersion and interactivity that offer individual readers artifacts and clues like letters, photos, songs, abandoned online sites, and even physical objects. “We’ll produce LPs, postcards, and fake-news newspapers,” said Tanguay.

While working on the concept and content for The Evaporated, Tanguay said he needed “an engine,” a technical solution to host the story, which led him to the idea that other interactive storytellers might also want to use such an engine.

He approached SODEC and the Canada Council for the Arts again, and between a second round of financing from those government agencies, as well as his own investments, this technical platform is now being built. Overall, he said, this is now a half-million-dollar project.

Overseeing the project, both on the content and technical side, is Alea, an “editorial laboratory” connected with Tanguay’s publishing house. Alea is intended, according to the company site’s information, to “create interactive fictions, audiovisual experiences, fanzines, and artists’ books, unclassifiable paper objects, narratives reconfigured in card games or lines of codes: a cabinet of curiosities for adventurous readers.”

Alea is working with an outside studio to create some of the interactive elements.

And one of the main challenges for a book publisher in venturing outside the written word, Tanguay said, is understanding the format. “I don’t know the language or format of gaming, which is why I’m working with a studio.”

‘To Get the Community Going’ 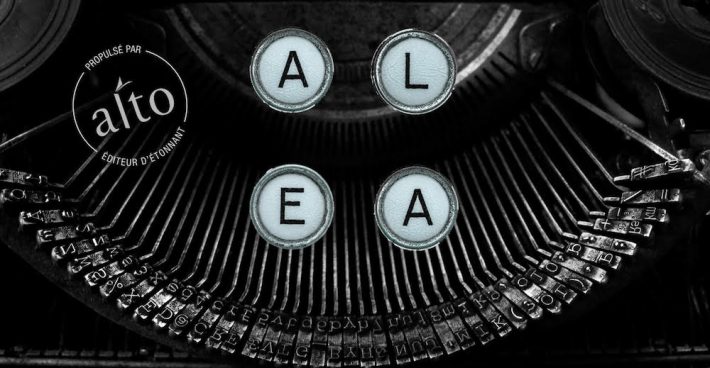 The concept includes connections with what Tanguay calls “co-conspirators” such as libraries and museums, places in which people visit and discover more artifacts and pieces of the story.

Creating all this content requires a big team, and Tanguay is working with some 50 writers and artists from both French- and English-language Canada. And being a book publisher, Tanguay said, he sees the emphasis of this project as being on the quality of the writing

“The basis is really very literary. The fact is that literature has been put into a confined role,” something he’s clearly hoping to change.

“What’s tricky is to get the community going,” Tanguay acknowledged. His model for enticing readers into the story is to offer the first chapter free of charge. So, he said, “The only way we can make money out of this is if the first chapter will be rich and strong.”

From there, readers will be asked to pay small amounts to continue through the story, not unlike “extension sets in board games,” Tanquay said. “If the community grows, we can adapt the price” and keep it low.

Tanguay sees his role as a book publisher, he said, as one of discovery. He called Éditions Alto “a curios house” and describes Alea as “a cabinet of curiosities for adventurous readers.” It’s no surprise, then, that he’s pursuing a new and ambitious project like The Evaporated.

“If I don’t adapt myself to a changing cultural need,” he said, “I’m not going to be a publisher anymore. A publisher has look for things, discover those things.”

More from Publishing Perspectives on Frankfurter Buchmesse is here, more on The Arts+ is here, and more from us on the coronavirus COVID-19 pandemic and its impact on international book publishing is here.