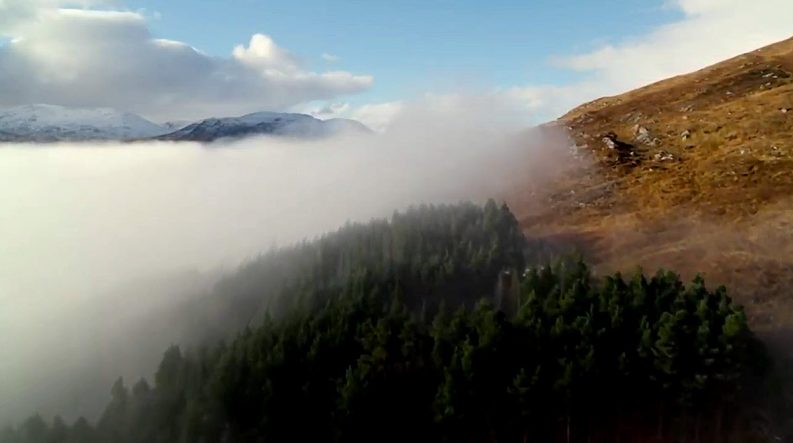 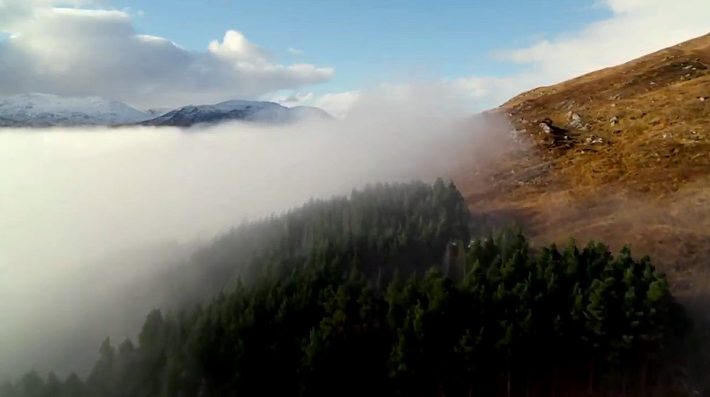 Also today from Scotland: Society of Authors Partners with Creative Scotland on a hardship fund for authors.

‘What We Have Done to the World’

During the world’s great publishing trade shows, many stories vie for attention, of course. So many media announcements swirl in the news-storm generated by a big fair. It’s hardly the easiest time to introduce something new and important and beautiful.

Case in point: As Frankfurter Buchmesse, the world’s largest of the book fairs, was getting underway last week, one of the most interesting—and urgent—stories that went hurtling by on a bracing blast of Shetland air was about Publishing Scotland’s new and immensely scenic short documentary, Second Nature, designed to share with you the insights of seven writers in the “new wave” of Scottish nature writing.

Publishing Scotland, as Publishing Perspectives readers know, is the support association for its book publishing industry. Established in 1974 and now a charity, it represents more than 98 percent of book publishers in Scotland. We have frequent news here from Publishing Scotland about its efforts in translation rights funding and the outreach work of Scottish Books International.

This new 18-minute message on nature writing from the organization, however, is a standout not just for its theme and content, but also for the way it presents valuable work from a singular publishing market in the windswept vocabulary of an international concern, the climate crisis. 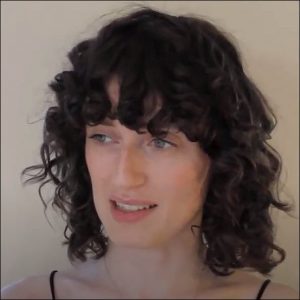 Three are from Jamie Byng’s Canongate in Edinburgh, and two are from Saraband, a house that was started in Connecticut and then moved to Glasgow 20 years ago.

“There’s a sense of preservation,” says author Roseanne Watt in the documentary about nature writing, “but also of figuring out the world.

“It’s about possession and being possessed by the land itself. Books really are important in keeping connections with nature.”

‘Noticing Brings With It the Risk of Not Noticing’ 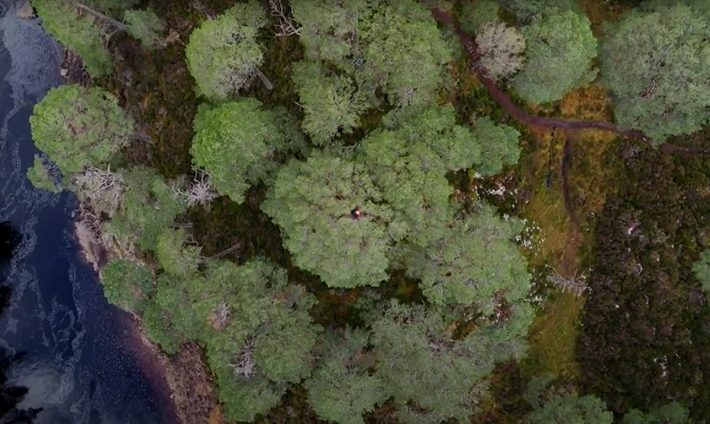 Publishing Scotland’s feature spotlights writers whose source material lies in some of the most spectacular vistas in the world. And what’s most engaging about it is that the authors you hear from are very much attuned to a contemporary understanding of how we perceive nature. 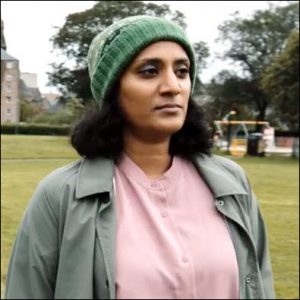 Chitra Ramaswamy, for example, contrasts her idea of nature writing now with how she thought of it a decade or two ago, a concept she then “associated with reveling in nature, that old sort of transcendental experience of the sublime.”

Today, she says, “We’re in a different place. We can no longer just sit and revel in the transcendental beauty of nature. There has to be some acknowledgement of what we have done to the world. And that produces those feelings of guilt and grief and loss and sadness, but also a real valuing. We really care.”

In addition, the actress Tilda Swinton reads some lines from Nan Shepherd’s (1893-1981) The Living Mountain, which languished for 30 years before being published: “Light in Scotland has a quality I’ve not met elsewhere,” Swinton reads from the late Shepherd’s book. “It is luminous without being fierce, penetrating to immense distances, with an effortless intensity.”

And if it’s possible to illuminate light, this documentary does it. 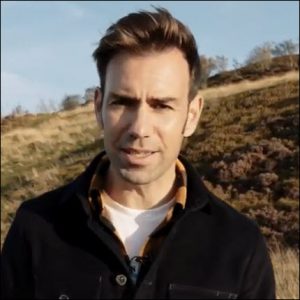 James Crawford, who chairs Publishing Scotland and is a writer, himself, has written the documentary and narrates it with obvious personal investment. In a prepared statement for its release, he says, “The subjects being approached by nature writing in Scotland today are incredibly broad and diverse.

“Yet all these writers share the same sense of immediacy and urgency–an awareness that ‘noticing’ brings with it the risk, at some point in the future, of ‘not noticing.’ Of seeing something, right up until the moment that it is gone.

“There is a truth and an authenticity to the new wave of Scottish nature writing that is incredibly powerful.” 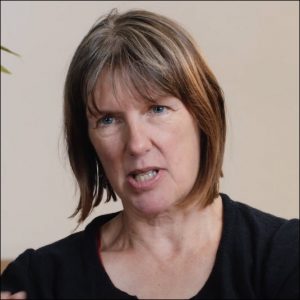 Crawford is echoing Kathleen Jamie, who writes in her introduction to Antlers of Water, “Our noticing is a vital contribution” to understanding what the planet needs from its people.

In discussing her work, she says, “Politics is about a power dynamic. And when we have absolute power over the furtherance of every other species on the planet, that’s political.

Crawford picks up again on her comments: “In the new wave of Scottish nature writing, there’s an insistent urge to give voice to the voiceless … to the species that can’t speak for themselves.” 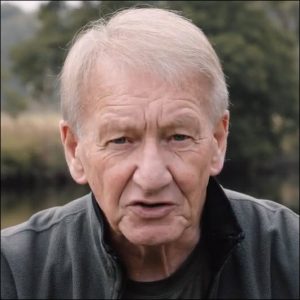 Author Jim Crumley says, in a brief reading from his The Nature of Summer, “It occurs to me now, with five years and four books behind me, that as our planet lurches crazily toward the unknown, there’s one thing, and one thing only that we have to do to stop the chaos. And it’s very, very simple.

“We have to learn to think beyond self.

“In Scotland where I ply my trade, I’m as certain as I can ever be that nature would like us to put back the roof and let its benevolence flow across the land. A symbol, a smoke signal telling the wild world that finally we have begun to think beyond self.”

‘In Search of Distant Islands’ 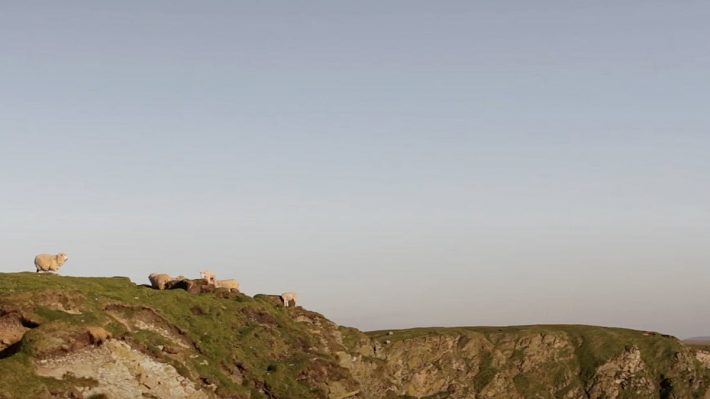 Marion Sinclair is the CEO of Publishing Scotland, and on the release of the documentary, she says, “We’re living through a golden age of nature writing, at a time when natural spaces and wilderness are under threat across the world. 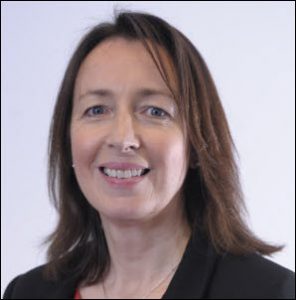 “The film was made for us and for Scottish Books International to highlight our contribution to nature writing as part of Frankfurt Book Fair. Our publishers, writers and photographers in Scotland and elsewhere in the UK are focusing their attention on what we have to offer the world that is distinctive and under-appreciated.

“The growing popularity of the genre has been very exciting to watch over the last decade and our publishers and writers are well placed to contribute to that.’

It’s unlikely that anyone who sees Second Nature–and its inquisitive seal who pops up in the waves to look, too–will under-appreciate this field of Scotland’s literary output.  When books are this carefully and sensitively marketed, you hear their authors’ voices as clearly as the breezes.

Once you start “really noticing,” as Crawford says, “it’s almost impossible to stop.” 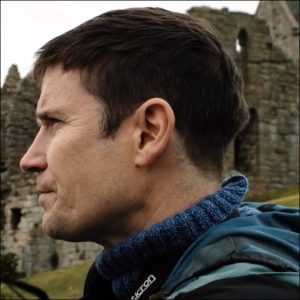 Gavin Francis, a physician and the author of Island Dreams, reads from his work about escaping at times to places of “extreme isolation.”

He has been, he says, “in search of distant islands, in love with the idea that on a patch of land protected by a circumference of sea, the obligations and irritations of life would dissolve, and a singular clarity of mind would descend.

“It proved more complicated than that.”