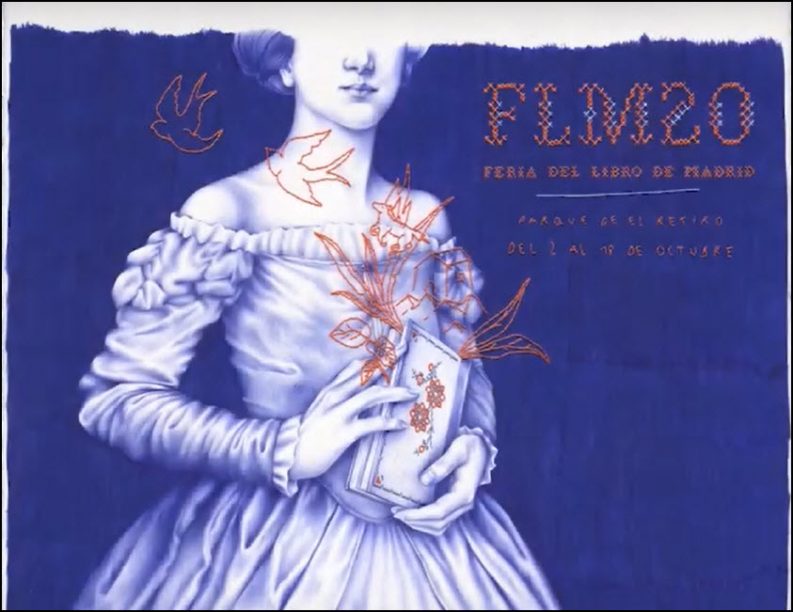 Normally among the busiest and best attended public-facing book fairs in Europe, the Feria del Libro de Madrid this year is online in a one-time October time frame. 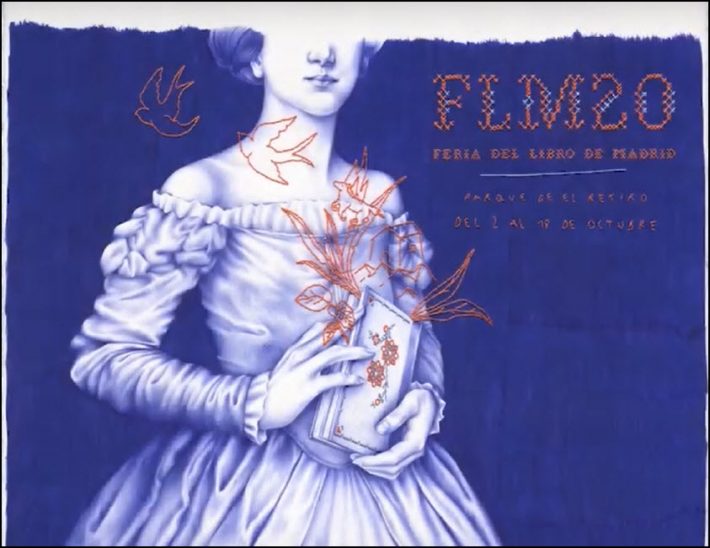 Key artwork by Nuria Raiza for the 2020 Feria del Libro de Madrid, running through October 16 in its digital rendition

Honoring Women ‘Without a Room of Their Own’

Among the many changes we’ve reported on in world book fairs this year, the 79th Feria del Libro de Madrid in mid-March did what looked like the right thing and postponed its 2020 evocation to October 2 to 18. The original plan had been for it to run May 29 to June 4, and organizers—by the time London Book Fair had been unable to go forward—saw the pandemic’s handwriting on the wall.

As it has happened, of course, the expected safe remove of four months later in the year has proved not to be safe.

BBC News has reported this weekend that more than 3 million citizens in Madrid have been placed under new restrictions, people being allowed to leave their home districts for “essential journeys” only. Bars and restaurants must close by 10 p.m. And the city has tried to block the Pedro Sánchez government’s new regulations because of economic hardship. Intensive care units reportedly are filling fast with coronavirus COVID-19 patients.

Writing from Madrid this morning (October 5) for the Guardian, Sam Jones reports that a chronic staffing shortage in Spanish health care now is coming back into focus.

And at this writing, the 4:23 a.m. ET (0823 GMT) update of the Johns Hopkins Coronavirus Resource Center sees 789,932 cases in Spain’s population of 47 million, with 32,086 fatalities. These numbers place Spain at eighth in the world for caseload and ninth in the world for reported COVID-19 deaths.

This book fair, first organized in 1933—and nowadays one of the largest of the Aldus Network of European fairs—is normally a sprawling public-facing display of some 500 publishers and booksellers’ wares in Madrid’s huge El Retiro Park. But this week and next, it has wisely retreated to the safety of the digital dynamic under the direction of Manuel Gil.

In 2021, organizers say, the goal is to “recover our natural environment” at Retiro but “without giving up the main strategies, tools, and technological advances now being explored online. This, of course, parallels what many trade show and fair organizers are realizing: However opulent a loss the El Retiro setting surely is—as in many of the world’s great fair events—there are digital gains being made that will be worth carrying forward, if nothing else for the expansion of audience that’s there for the asking online. 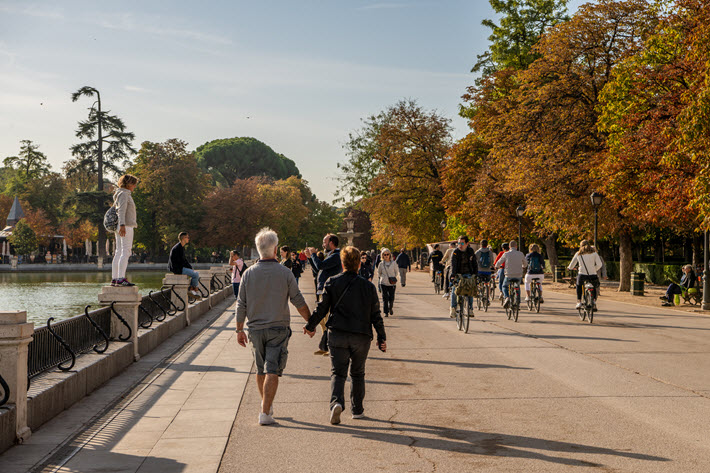 This year’s programming, then, has special emphases in place including:

There are multiple participation features involved this year, not least a partnership with National Geographic. The media giant has worked with the fair since 1980 and this year is providing programming relative to its 150th anniversary.

Also working with the program, especially in terms of its online nature this year, are booktuber Sevas G. Mouret (The Collector of Worlds channel; Victor Arribas, who manages a much followed Instagram account; and writing podcaster Miguel de Lys.

Moderator Alexandre López Calvo of Lit Con Madrid is engaged for many parts of the program, and sees the digital fair as a chance to learn more about its platforms. “Where do these creators of content on the Internet come from and why are they on such diverse platforms?” he asks in prepared commentary. “What is the audience for this content? How do both the audience and the creators fit into the overall book ecosystem?”

Stressing gender equality in culture, the main artwork for the show—you see it at the top of our article—is illustrator Nuria Raiza’s work, appealing to “reading and writing as symbols of the future and empowerment” and with honor to “so many women, then and now, without a room of their own.”

Select Highlights of the Digital Program 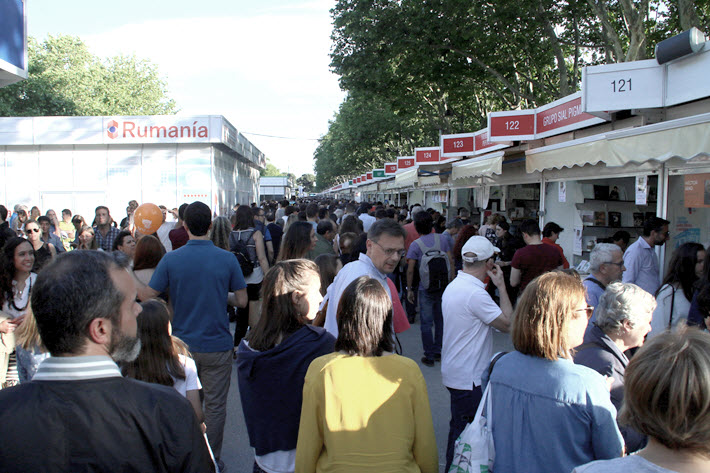 At the 2018 iteration of the Feria del Libro in Madrid’s El Retiro Park. Image – iStockphoto: Angeluisma

“The World of Books After the Pandemic Cycle: Challenges and Uncertainties” is a three-part series of events, each with the input of an invited cohort of specialists. These sessions are hashtagged #GuruSpeak.

More from Publishing Perspectives on the Spanish market is here, more on the Feria del Libro de Madrid is here, and more from us on the coronavirus COVID-19 pandemic and its impact on international book publishing is here.