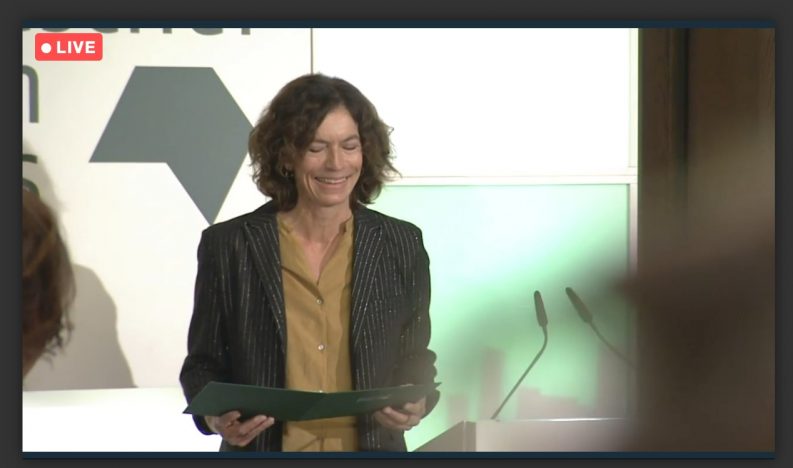 The 2020 German Book Prize was awarded to Anne Weber for her ‘breathtaking’ and ‘epic’ biography of Anne Beaumanoir, published by Matthes & Seitz in Berlin. 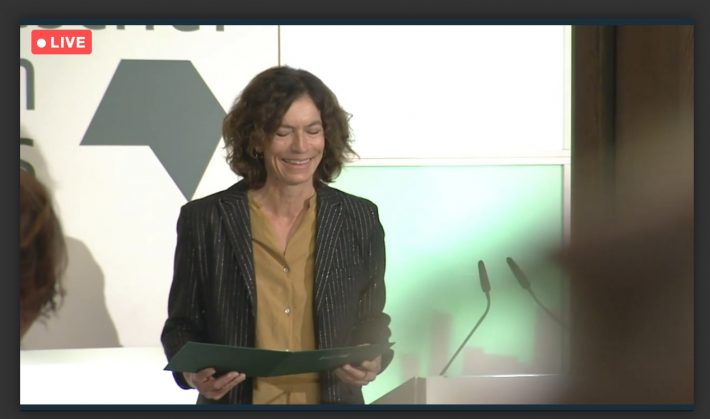 In one of the few book prize ceremonies to be held at least partially in person this year, author Anne Weber today (October 12) received the 2020 German Book Prize for her biography of Anne Beaumanoir, Annette, ein Heldinnenepos  (Annette, an Epic of a Heroine).

Published by Matthes & Seitz in March, the book tells the story of French woman who was active in the French Resistance during World War II and was imprisoned for 10 years for assisting the Front de Libération Nationale (FLN) during the Algerian war.

“She broke free after an incredible escape,” writes the publisher, “was part of the Ben Bella government before fleeing again to Switzerland this time where she worked as a neurologist. The epic life of Anne Beaumanoir is brilliantly told by the French-German author Anne Weber and gives the reader the reassurance that true heroes still exist.” 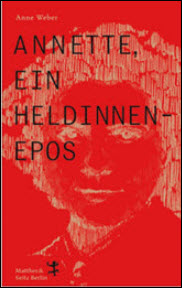 According to the Matthes & Seitz foreign rights guide, French rights have already been sold to Éditions du Seuill in Paris.

The jury’ statement of rationale praises Weber’s discovery and retelling of this already compelling story, writing, “The power of Anne Weber’s story is equal to the power of her heroine: It’s breathtaking how fresh the old form of the epic sounds here and with what lightness Weber condenses the life story of French resistance fighter Anne Beaumanoir into a novel about courage, resistance and the struggle for freedom.

“Annette, ein Heldinnenepos is a story full of hardships, which Weber tells with effortless discretion and subtle irony. This novel is about nothing less than Franco-German history as one of the foundations of our Europe today. We’re grateful that Anne Weber has discovered Annette for us and tells her story.”

Weber works as both a writer and a French-German translator, and shehas written books in both languages. She’s also received several awards for her work, including the 3sat Prize at the Festival of German-Language Literature, the Heimito von Doderer Prize, and the Europäischer Übersetzerpreis Offenburg (European Translation Prize of Offenburg). 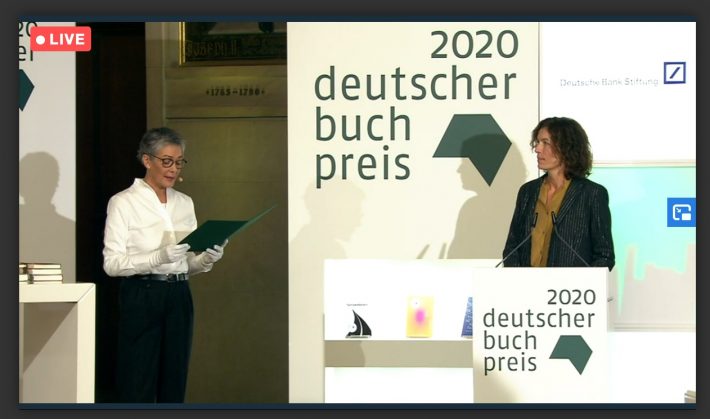 On learning she had won the prize, Weber admitted that she hadn’t prepared any formal remarks but had instead written a toast to herself for the occasion of not winning the German Book Prize. That didn’t stop her from eloquently expressing her admiration for the subject of her book.

“My achievement has been to provide a rhythm to this story,” she said.

Karin Schmidt-Friderichs, chair of the Börsenverein des deutschen Buchhandels and publisher of Verlag Hermann Schmidt, made the announcement that Weber had won in front of a very socially distanced group of select publishers and presenters at the Frankfurter Römer—where traditionally a large crowd gathers annually to celebrate the prizewinner. 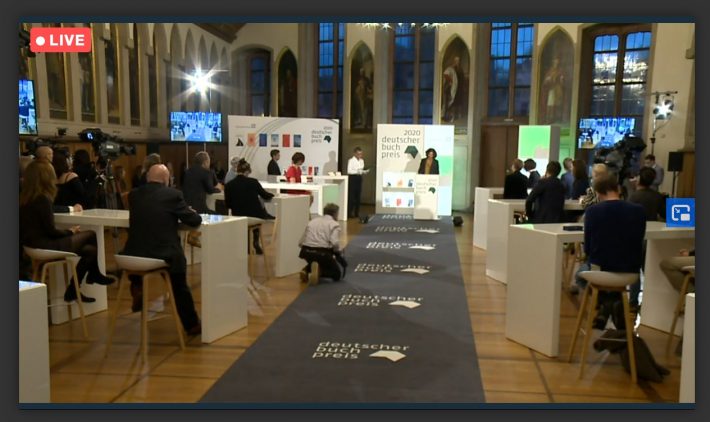 Weber receives a purse of €25,000 (US$29,523) for winning the German Book Prize, and her shortlisted associates each receives €2,500 (US$2,952). The prize is awarded by the Stiftung Buchkultur und Leseförderung des Börsenverein des Deutschen Buchhandels (Foundation for Book Culture and the Promotion of Reading of the German Publishers and Booksellers Association) and receives funding from the Deutsche Bank Stiftung (Deutsche Bank Foundation).

Our coverage of the German Book Prize 2020 shortist is here. And our article on the longlist is here.

More from Publishing Perspectives on the German Book Prize is here, and on publishing and book awards in general is here. More from us on the coronavirus COVID-19 pandemic and its impact on international book publishing is here.