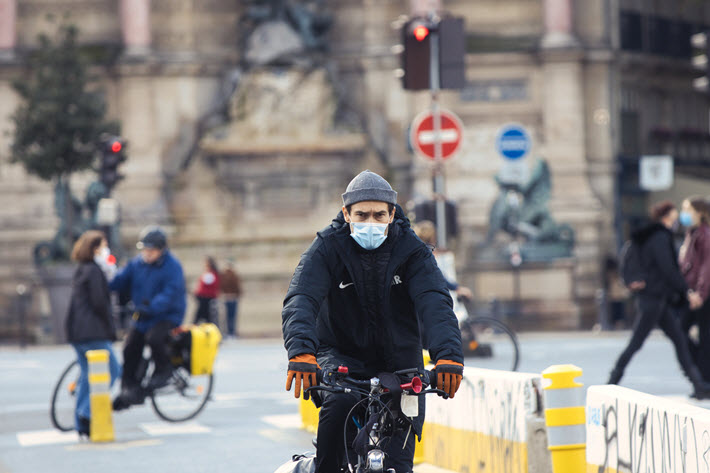 Taking the position that a new coronavirus lockdown could mean ‘cultural isolation for readers,’ France’s book  associations appeal for a special exception for booksellers.

‘A Solemn, United, and Responsible Appeal’

Update 4:40 p.m. ET / 2040 GMT: Several hours after the publication of this story, the French president has, as expected, made a televised statement to the nation, announcing a second lockdown for “at least the whole month of November,” as BBC News confirms. People are to be allowed to leave home for essential work or medical reasons. Schools and factories are to remain open. As yet, we see no reports indicating that bookstores are to be exempted from general retail shutdowns. The current end date is December 1, with bi-weekly reassessments.

In an extraordinary appeal to the Emmanuel Macron government today (October 28), France’s publishers’ association, the Syndicat national de l’édition (SNE), has joined with two of its associated organizations in issuing a “solemn, united, and responsible” request that French bookstores be allowed to remain open despite the anticipated announcement of new pandemic lockdown restrictions.

Perhaps the most compelling part of their letter: “We are ready to assume our cultural and health responsibilities.”

“Our readers, who are so attached to their independent bookstores, would not understand” shop closures “and would experience it as an injustice.”Joint statement: SNE, CPE, SLF

It should be interesting to see if the emergency meeting of ministers Macron is conducting today will consider and/or grant this request.

Emmanuel Macron has been expected to make a televised address to the French people this evening, announcing new coronavirus COVID-19 pandemic restrictions that may go as far as a second national lockdown. Lauren Chadwick at EuroNews writes that such a confinement would not be expected to be as stringent as the spring lockdown but Kim Willsher’s write at The Guardian agrees with other press reports that the new constraint could be set to last as long as four weeks.

A curfew already has been imposed for at least eight major urban centers in the country, and the Worldometer tracking regime reflects the soaring numbers of new cases being registered in the French market. Tuesday’s figures (October 27) cited 33,417 new cases and 523 new deaths in Worldometer’s report, in a population of some 65 million. For comparison, those numbers are at roughly half of those in the United States, which is under record high surge figures but in a population of 331 million.

New figures for today have not yet reached the Johns Hopkins Coronavirus Resource Center at this hour, but that program—the industry standard, which uses Worldometer’s feeds as one of its inputs—in its 5:24 a.m. ET update (0924 GMT) has placed France as fifth in the world for coronavirus caseloads, with a total 1,244, 242 cases since the beginning of the pandemic and 35,582 fatalities.

Another way to grasp the extend of the French infection levels is to look at the four nations ahead of France in caseloads. In descending order are, they are the United States, India, Brazil, and Russia—all countries with considerably larger populations than France.

Bookstore Closures Would Be Seen as an ‘Injustice’

In making this special appeal for leniency with potential bookstore closures, the publishers’ group, SNE, is working with the Conseil Permanent des Ecrivains (CPE) and the Syndicat de la Librairie Française (SLF), which are the Permanent Council of Writers and the French Booksellers’ Association, respectively. Needless to say, holiday shopping issues come into play in their argument for special consideration.

The three associations’ joint message—released to the news media on delivery—makes its case for an exception, saying, “Reading books is an essential activity in our civic and individual lives. The extraordinary appetite for reading among the French, young people and adults alike, has once more been confirmed in recent months.

“Books have been, for many years, the most popular gift offered by the French. How can we give this up?”Joint statement: SNE, CPE, SLF

“Books satisfy our need for understanding, for reflection, escape, distraction, but also sharing and communication, including in isolation.

“Unfortunately, the first confinement did not allow the bookstores to remain open, hurting the heart of the entire book industry. Professionals were not prepared for it. But since then, the local bookstores, which cover our entire territory, have organized and equipped themselves. They may be perfectly able to accommodate readers in the perspective of a new containment, in safe and proven sanitary conditions.

“The click and collect is essential”—a reference to ordering a book online for curbside collection outside a store. “It is already in place in a very large number of points of sale. But it cannot meet all the readers’ expectations, particularly in the two months preceding the holiday season, when more than a quarter of the books in France are purchased. Books have been, for many years, the most popular gift offered by the French. How can we give this up?

“Therefore, authors, illustrators, publishers, and booksellers hereby launch a solemn, united, and responsible appeal to the government: Keep our bookstores open so that the social containment does not also mean cultural isolation. Our readers, who are so attached to their independent bookstores, would not understand it and would experience it as an injustice.”

In a telling article published overnight by the Wall Street Journal, Noemie Bisserbie in Paris writes of the severity of the situation there: “France has emerged as the epicenter of the second wave of coronavirus infections now sweeping much of Europe, causing hospitals to brace for a surge of new patients and pushing the government to consider tough new restrictions in some places. 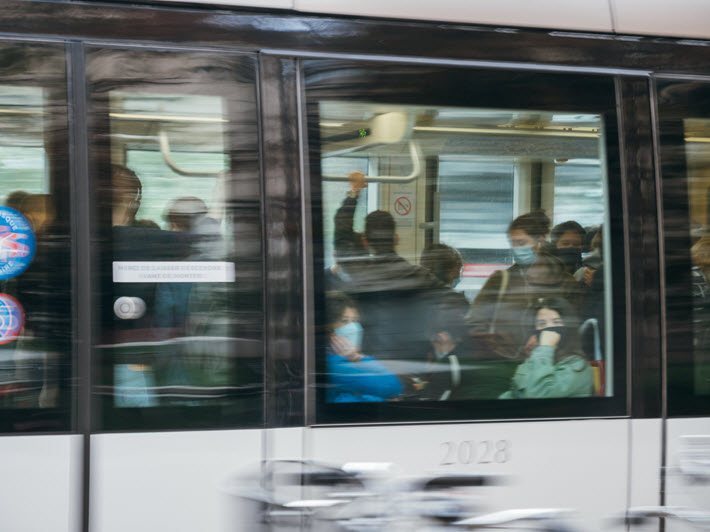 On a tramway in Strasbourg, October 10. Image – iStockphoto: Adrian Hancu

More from Publishing Perspectives on the French market is here, and more from us on the coronavirus COVID-19 pandemic and its impact on international book publishing is here.