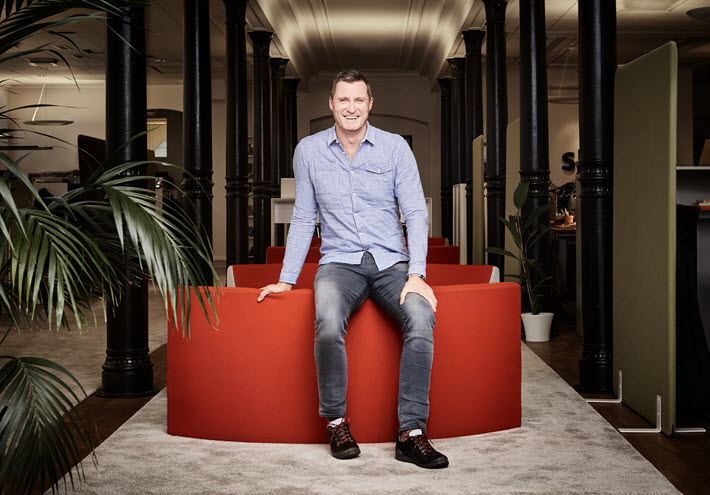 The founding CEO of the 20-market Swedish subscription company is to speak on his views of the future of audio in the fourth day of the Frankfurt Conference program.

Storytel: A Q3 Jump of 23 Percent Year Over Year

Organizers of Frankfurter Buchmesse’s four-day Frankfurt Conference program have announced today (October 7) that Jonas Tellander will give the keynote address on Frankfurt Thursday, October 15, to open that day’s focus on audio.

Tellander is the founding CEO of Storytel, the Stockholm-based subscription service distributing audiobooks, ebooks, and podcast content to more than 1.3 million subscribers in 20 countries. He founded Storytel in 2oo5 as an audiobook-only service, acquiring the Danish ebook subscription Mofibo in 2016 and mounting a long-term strategy of international expansion that continues today.

At this writing (October 7), Reuters is reporting that Storytel beat its third-quarter forecast for subscriber growth and streaming revenues.

In a statement, Tellander said, “Storytel saw an increased demand for the service and an influx of customers that exceeded expectations regarding both subscriber and revenue growth for the third quarter.”

“In a world where the COVID-19 pandemic affects the everyday life of the entire global community, Storytel continues to successfully create value for authors, publishers and its growing customer base.”Jonas Tellander, Storytel

As has been the norm for the company, its Nordic markets hold the richest depth of subscriber numbers, the 3Q count of paying subscribers in the Nordic countries numbering 902,000–12,000 above the forecast.

The real third-quarter growth was seen in the non-Nordic markets, where a 65-percent jump in the average number of subscribers over Q3 2019 drove that subscriber base outside the Nordics to 458,300.

Tellander has told investors, “The consumers’ growing interest and commitment to Storytel and audiobooks spurs us on in our long-term investment to making the most attractive stories easily accessible for everyone, everywhere and at any time. 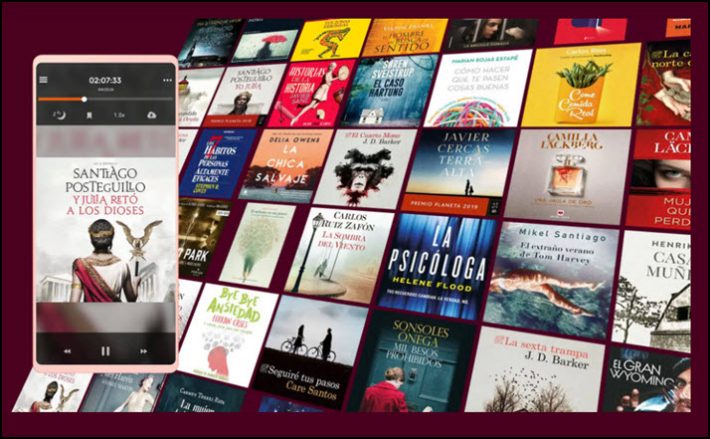 Image: From the Spanish Storytel site

Tellander holds a master’s degree in chemical engineering from the Lund Institute of Technology and an MBA from France’s Institut Européen d’Administration des Affaires, INSEAD.

Having worked in management at Unilever and in licensing at Roche, he founded Storytel with Jon Hauksson, landing outside investment in 2008.

“The consumers’ growing interest and commitment to Storytel and audiobooks spurs us on in our long-term investment.”Jonas Tellander, Storytel

Two key trending issues are related to Storytel’s progress in the publishing industry’s acute interest in audiobook for its fast growth and popularity: subscription models and pandemic-driven consumer activity.

For example, this may be the case in Spain, where, as we reported in September, Audible.es and a new service, Podimo, are now going up against the established Storytel on an unlimited basis–presumably a decision, at least in part, having to do with Storytel’s three-year head start there as an unlimited listening offer.

The second issue at hand is the question of how much–and for how long–dynamics of the coronavirus COVID-19 pandemic has driven digital subscription activity.

In his Q2 report, Tellander–known for his playing his expansion plans close to the chest–pointed out that some big boosts in the quarter that included the most widespread lockdowns aren’t entirely easy to assess.

Tellander observed that the biggest jumps in the second quarter were in those Nordic base markets, while, “On many non-Nordic markets,” Tellander reported to shareholders, “we do not yet benefit as strongly from these effects leading to higher churn when onboarding new customers, but we expect to see concrete improvements from our optimized subscription offerings in the coming year.”

If the upshot of this is that there’s less likelihood of holding on to customers driven to subscriptions during pandemic restrictions, the effect may not be a result only of lockdown fever. It also has to do with discretionary income under the economic pressures of the pathogen’s impact: “With a challenging economic outlook and downward pressure on GDP in these countries recovering from lockdowns,” he wrote to investors in August, “forecasting subscriber base developments is more complex.”

Storytel Originals have since 2016 been part of the mix, too, especially in language markets in which audio inventory may have been a bit shallow when Storytel arrived. 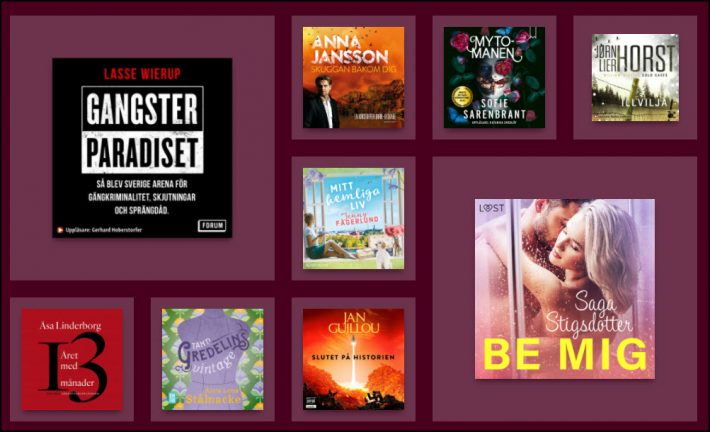 The October focus on audio will include not only Tellander’s comments but observations from Magnus Nytell, head of Nextory’s global expansion; Penguin Random House Audio’s vice-president for content and business development, Lance Fitzgerald; and Podimo’s co-founder and chief of strategic relations, Eva Kristine Lægdsgaard.

And on Tuesday (October 13), join us for a Publishing Perspectives Talks session on Digital Format Adoption and the Pandemic. Looking at the question of whether the health crisis has generated an accelerated and potentially lasting level of adoption of digital formats will be speakers: 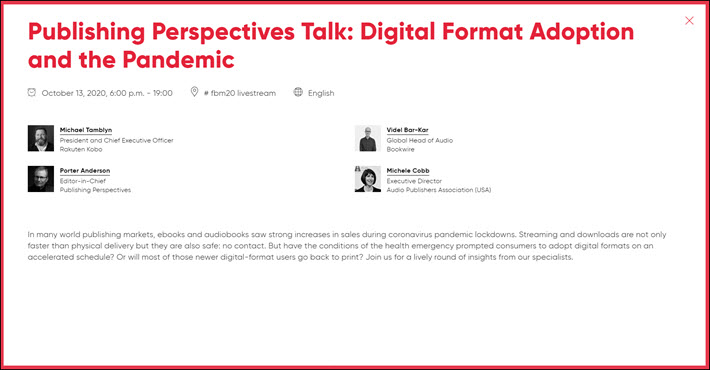