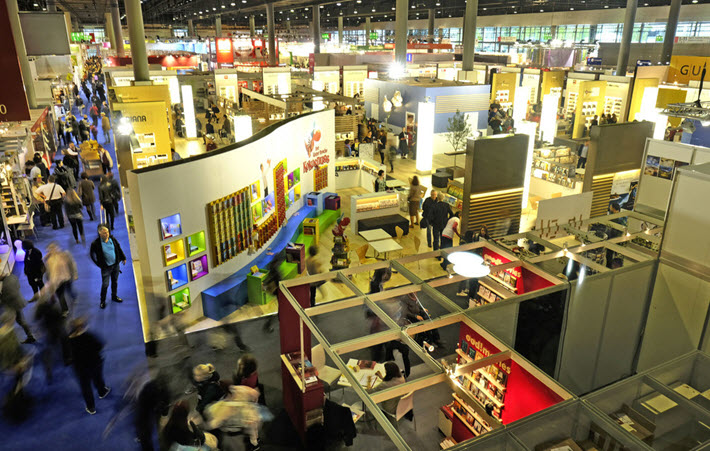 With a stunning 3,627 events on Frankfurt’s digital events calendar for the week, the trade show has kept a big conversation going in its first online evocation. 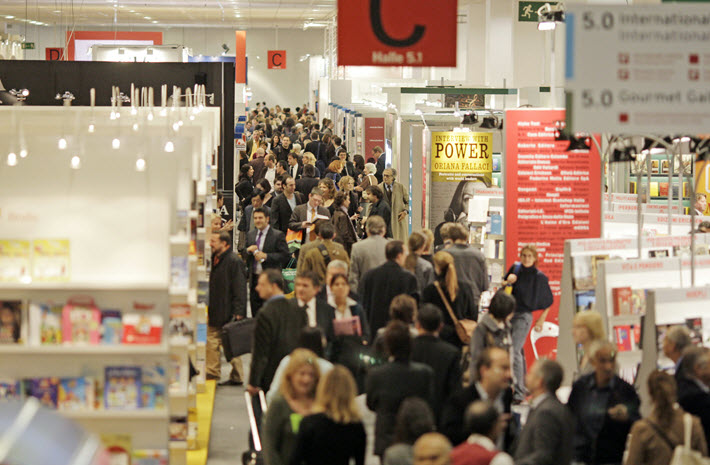 Frankfurt Book Fair officially runs October 14 to 18, and Frankfurt Weekend each year is a time for the public to visit Messe Frankfurt and see the show. The professional program is centered on Tuesday, Wednesday, and Thursday. And in a curtain-raising Monday opener, the program held a Frankfurt Conference day focused on academic and scholarly publishing.

Frankfurt Weekend this year is embodied for online participants in the fair’s BookFest series of events, a total 28 hours of programming on two channels.

Part of the offer to professional registrants, of course, was a “Matchmaking Tool,” which allows business people to find and communicate with each other online, a reflection of what they normally do in the fair’s Business Club, its huge exhibition halls, and the vast, windswept Agora at the fairgrounds’ center. This year, Frankfurt has seen 2,632 trade visitors using that matchmaking facility.

In a session of the lighthearted “The Hof” late on Friday–The Hof is a social networking element of the digital Frankfurt–trade visitors to the digital fair said they’d found the matchmaking tool to be one of the most useful and efficient elements of the online offering.

It was notable that many of the users gathered for this online happy hour were people who had never been to the physical fair, some speaking to the group from as far away as Australia, New Zealand, and Mexico. It’s quite possible, then, that one goal of the effort to create a digital rendering of the fair is being achieved, that of widening the already enormous reach of the annual trade show by making it more accessible to those who haven’t yet made the physical trip to Germany for the event.

A frequent (and understandable) comment from several users was that time-zone differences had made it hard to see live events in the Frankfurt Conference series, all occurring on Central European Time. Those sessions weren’t immediately captured for replay, but the fair’s organizers say they’re eventually coming to its archive.

Since October 1, 4,165 seller and buyer accounts have been activated at the fair’s Frankfurt Rights platform, which is powered by IPR License. More than 31,100 titles have been uploaded in this period.

Overall, there are at least 400,000 titles listed on Frankfurt Rights. And the site is being described as a kind of showcase now for the worldwide industry, with digital exhibitors submitting 6,800 “tiles” for the 13 topic-specific pages at the core site.

And for anyone feeling surprisingly tired after a week of digital trade-show activity–after all, without planes, luggage, or taxis to cope with–i t may be curiously reassuring to know that Frankfurt Book Fair’s digital event calendar lists a jaw-dropping 3,627 events in the week of the fair. That’s not a typo. And yes, as some of us close to this and other digitally rendered publisher events are quietly reminding each other, there’s nothing “virtual” about the workload.

The effort has paid off, however, in keeping the essential and critical momentum of Frankfurt’s services going with a total 4,422 exhibitors from 103 countries registered for Frankfurter Buchmesse Special Edition–the name adopted by the world’s largest book publishing trade show to reflect its pandemic-driven flight to the online space.

Boos: ‘Literature Lovers All Over the World’ 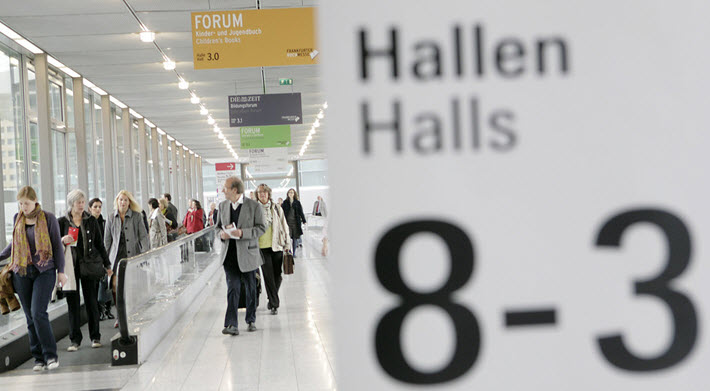 In a statement on today’s numbers, Frankfurt’s president and CEO Juergen Boos is quoted, saying, “In a year in which trade fairs all over the world have been taking place either in a hybrid format or only digitally, we managed to bring the international book industry together for a few days.

“We wanted to use our offerings to support the digital rights business, serve as a showcase for new titles from numerous countries, and offer networking possibilities for a range of industry experts and publishing professionals.

“With our live-streamed events taking place at the digital Weltempfang, on the ARD Book Fair Stage and the African Perspectives Symposium organized by Litprom and KfW Stiftung, we reached literature lovers from all over the world.”

Those looking for programming they may have missed will find it arriving in Frankfurt’s media archive, and Publishing Perspectives will keep you abreast of those availabilities. (If you haven’t set up your free subscription yet, we deliver a daily newsletter to your inbox to keep you up to date on what we have, making it easier to know when more of the growing vault of Frankfurt content is in place.)

And as a last point, it’s worth noting that as painful and difficult a decision as it was for Frankfurt’s leadership to pull down the hoped-for physical exhibition component, time and the virus have made it clear that this was the right decision when announced on September 8.

The latest news from Deutsche Welle is that Germany’s BfV, the domestic intelligence service has announced infections running right through the agency’s leadership based on positive tests. In the past 24 hours, as the contagion surges in many parts of Europe, Germany has recorded 7,334 new cases, the highest daily count since the onset of the pandemic in the spring.

“There are concerns that the increasing cases will overload hospitals,” Deutsche Welle reports. “On Thursday, there were 655 patients in intensive care, with 329 on ventilation.”

More from Publishing Perspectives on Frankfurter Buchmesse is here. More on the coronavirus COVID-19 pandemic and its impact on international book publishing is here and at the CORONAVIRUS tab at the top of each page of our site.