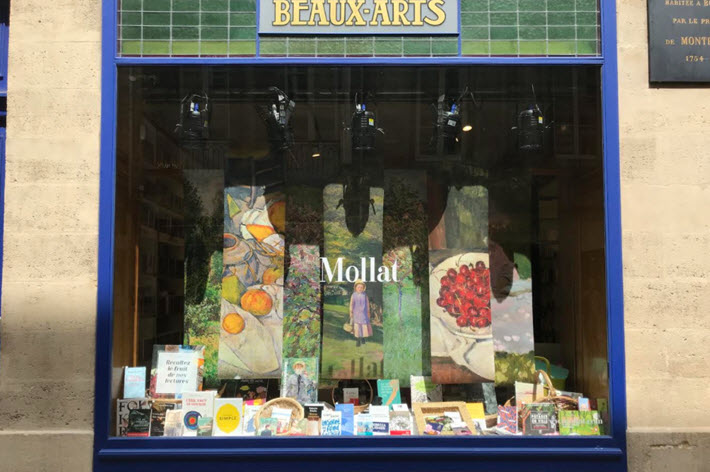 In an extraordinary year, French booksellers say the annual introduction of new books is about the same as usual, but the consumers’ readiness to respond is challenging.

Editor’s note: As we publish this story, the BBC is reporting that France has confirmed 30,621 new cases of the coronavirus COVID-19 for Thursday (October 15). That’s up from 22,591 on Wednesday (October 14). Emmanuel Macron’s new 9 p.m. curfew goes into effect on Saturday (October 17) for four weeks in Paris and eight other cities comprising 20 million of France’s 67 million citizens. The 6:24 p.m. ET (2224 GMT) update of the Johns Hopkins Coronavirus Resource Center sees 850,997 cases and 33,146 in fatalities, making France ninth in the world in caseloads and deaths.–Porter Anderson

‘The Evolution of the Social Fabric’

You might expect this year’s rentrée littéraire—the preeminent literary season in France—to be different than in other years.

After all, France went through one of the strictest pandemic lockdowns in Europe for two months last spring during which most bookshops were closed, except for a few that had a click-and-collect system in place a month before the end of lockdown.

But with 511 new rentrée books to be released this fall, the number is on par with most years, even if publishers regularly promise to reduce their production to lessen the autumn deluge of titles that booksellers must contend with.

To be fair, a number of these books were published in March or April. In a show of solidarity, publishers and booksellers worked together to integrate these books into the rentrée “as if they were new,” says Emmanuelle Robillard, the quality and project director of France’s largest independent bookshop, Librairie Mollat, in Bordeaux.

“Booksellers were able to defer their payments to publishers for books ordered in the spring,” Robillard says, “so that there were very few returns for stocks ordered in March.”

Still, booksellers are dealing with a tremendous number of books. And the challenge and uncertainty of what lies ahead with the advent of winter and a second or third wave of COVID-19 is greater than what booksellers have been accustomed to for years. 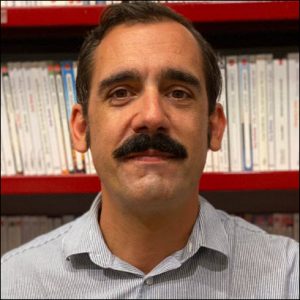 “The human capacity for reading is saturated with so many books,” says Pierre Coutelle, head of Librairie Mollat’s catalogue, “but our work remains the same, sorting through and choosing books.”

“Paradoxically the rentrée isn’t different, but the context is,” says Xavier Capodano, who runs a neighborhood bookshop, Le Genre Urbain, in the Belleville neighborhood of Paris.

But Capodano says that his bookshop—which is part of a cooperative network of 13 bookshops in northern and eastern Paris called Librest—had to cancel a series of events they usually hold for the rentrée. For the past 10 years, Librest—in conjunction with the Théâtre de la Bastille—has run free events with readings, interviews, and book signings with authors for new books chosen by the member-bookshops. Some events will be held at the individual bookshops but the impact isn’t the same, says Capodano.

Literary agent Pierre Astier, speaking to Eve Roger on Europe 1 radio said he had expected fewer books to be published for the rentrée. The good news, however, is that high-quality debut novels expected in September have been pushed to a January release, Astier said, meaning they might not get lost in the shuffle. That might also mean a better distribution of books over the year.

Astier also said that independent publishers are “very present” and that, in general, the atmosphere seems dynamic.

Librairie Mollat’s Coutelle says he concurs that there are fewer debut novels this fall, adding that there’s less translated literature and a real demand for books on social issues.

“People want to understand the world and are using books to help them,” Coutelle says. “In the cultural sphere books have prevailed and it’s heartening.”

Booksellers Capodano and Robillard, however, say they’re worried about the Christmas season and how they can compete with online giants including Amazon, despite the fact that their two bookshops are very different.

Capodano: ‘The Evolution of the Social Fabric’ 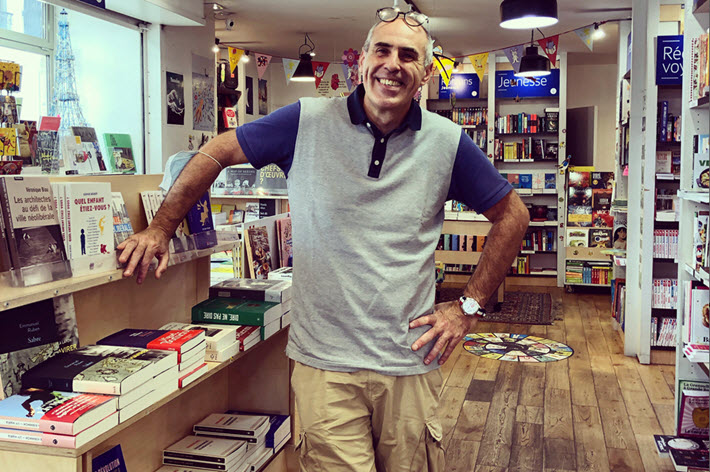 “We’re a small bookshop and we have to make choices,” says Le Genre Urbain’s Capodano. “I’m afraid fewer people will come and that people who are anxious won’t come at all. It’s up to us to find solutions.”

With the other member-bookshops of Librest, Capodano says, he’ll encourage customers to begin buying in November when Christmas books are released, so that they’ll think ahead, spread out their purchases, and not wait until the last minute in order to avoid standing in line in front of bookshops.

It’s possible to order books online through Librest and receive them by mail. But Capodano says, “Our philosophy is to say, ‘Come to the shop. There are no shipping fees. And if we don’t have your book, we can usually get it in under three hours” from member bookshops.

He adds that he encourages people to shop locally. What COVID-19 has revealed in cities, he says, is the ecosystems of neighborhoods. In expensive neighborhoods in which boutiques have replaced local businesses, he says people are moving out.

“We’re lucky our neighborhood has so many inhabitants,” Capodano says. “Bookshops represent the evolution of the social fabric and stay alive because of it.”

Capodano says he’s well aware that most of his customers also shop on Amazon. But if out of 10 books his customers buy two in his shop, then, “I’m happy,” he says. “It’s difficult and complicated, but we must be vigilant and inventive.”

Robillard: ‘We Must Add Value’ 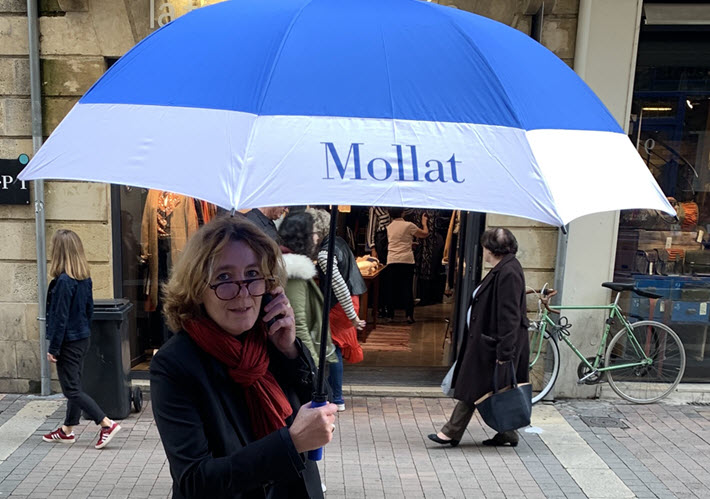 The much larger Librairie Mollat has had an online presence for 10 years, complete with a YouTube channel and lively social media accounts. The store is known for its skilled posts on Instagram, on which its account has 91,200 followers.

But Robillard says she still worries, doubtless because of Mollat’s operating costs. “We’re very happy to have so much on offer in all categories, and to see our customers. But we’re extremely afraid of the health restrictions. The offer and demand exist, but access to the books will be difficult. There are big players on the Internet, and we must add value to our online sales.”

Mollat’s online sales usually constitute 5.5 percent of its turnover, but Robillard says they’re up 12 percent since the end of lockdown.

Moni: ‘Reading Should Be a National Plan’

Xavier Moni, a bookshop owner and president of the booksellers’ union, Syndicat de la Librairie Française, said recently to Patrick Cohen on Europe 1 radio, “Books are pillars of our society.

“I hope we can work on offer and demand, and that we can make an ambitious plan to help readers.”

He said he hoped the French president, Emmanuel Macron, would carry through with his promise to provide substantial help to booksellers and the industry in general.

“Reading should be a national plan during 2021,” Moni said. “Everyone said that reading was essential during lockdown, but I think this needs to be reinforced.”