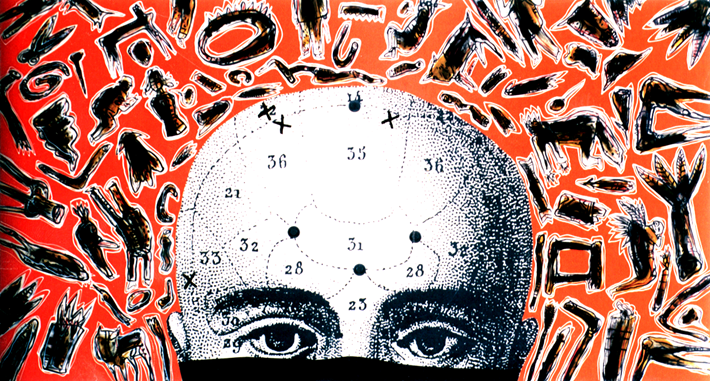 As the term ‘Asian’ begins ‘to groan under the weight of its load’ of many cultures, Jennifer Shyue looks at Nikkei and Tusán Peruvian writings in fiction, poetry, and short stories.

‘Lost Objects’ (cropped) by Eduardo Tokeshi. 32 x 60 inches, 2000. Image: By arrangement with the artist and provided to Publishing Perspectives by Words Without Borders

The September edition of the Words Without Borders magazine has focused on fiction, reportage, and poetry by Peruvian writers of the second and sometimes third generation of Peru’s diasporic Chinese and Japanese communities.

Translator Jennifer Shyue serves as guest editor this time and writes in her introduction, “A more precise subtitle would have been ‘Nikkei and Tusán Peruvian Writers,’ because ‘Asian Peruvian’ as an organizing principle simply doesn’t make much sense in the home contexts of these seven writers.

“The term trips off my (North) American tongue because I am used to identifying myself as ‘Asian American.’ In the United States, the political movements of the 1960s led to the construction of a pan-Asian identity that has since been incorporated into the foundations of how race is discussed in this country, but the same is not true everywhere.”

Shyue writes that “This issue’s agglomerative ‘Asian Peruvian’ focus was born of an external gaze—in this case, mine.”

And yet, she points out, “Though ‘Asian Peruvian’ is not necessarily the label these writers would have chosen for themselves, this is not to say they don’t share a community. On the contrary—they read and inspire each other.”

“Though ‘Asian Peruvian’ is not necessarily the label these writers would have chosen for themselves, this is not to say they don’t share a community. On the contrary—they read and inspire each other.”Jennifer Shyue

Nikkei is a term used for someone of diasporic Japanese descent. Tusán(e)s is a Peruvian Spanish term derived from a Chinese phrase meaning “local-born.”

And as Shyue develops her overview of the translated writings she’s chosen, that troublesome issue of the monolithic idea of “the other” comes into view—the abiding difficulty to see the internal complexity and multicultural range that takes time and care to discern.

“May—the month in which I’m writing this,” Shyue points out, “is Asian and Pacific Islander American Heritage Month” in the States. “Discussions continue over whom the umbrella of ‘Asian’ includes and excludes, implicitly and explicitly, even as the term, which encompasses a majority of the world’s population, begins to groan under the weight of its load.”

Needless to say, in diaspora, the issue is deepened by physical, geographic, social, and political displacement. “One common thread,” Shyue writes, “is these writers’ willingness to complicate the idea of ‘home’—not just in writing, but also with their physical selves. Most of them have lived significant periods outside of Peru: in Germany, Japan, Macau, Mexico, the United States. For a few, constant cross-border movement has remained a hallmark of their lives.”

And that’s where “destabilized notions of ‘home,'” as she puts it, come into play.

“Who gets to be American?” she asks. “Who decides where to draw the line between in and out, whether Nikkei and Tusán belong in one category, how América is split (if at all) and why?”

She ends up reaching for “fuller, richer” complexity, the texture of reality, something she’s studied in her 2019 Fulbright grant work on Chinese Peruvian identity and literature. And she offers two short stories, seven poems by three poets, one novel extract, and a piece of literary nonfiction. All of it is translated from Spanish.

In the September ‘Words Without Borders’ Edition 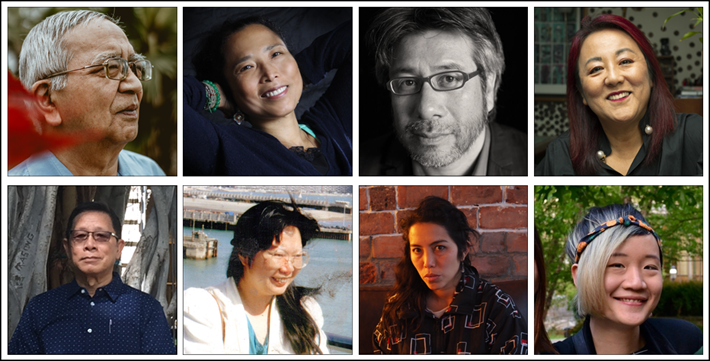 Scheduled for October 7, the “World in Verse,” a multilingual poetry reading, will feature winners of the 2020 Poems in Translation competition, which Words Without Borders runs in partnership with the Academy of American Poets.

Work will be heard in Spanish, Chinese Filipino, and English, featuring:

The event is hosted by the program’s juror David Tomas Martinez, who drew the four winning works from an initial pool of 935 poems by 448 poets from 87 nations.

Registration is free of charge but required here.

More from Publishing Perspectives on ‘Words Without Borders’ is here, and more from us on translation is here. More on the coronavirus COVID-19 pandemic and its impact on international book publishing is here and at the CORONAVIRUS tab at the top of each page of our site.