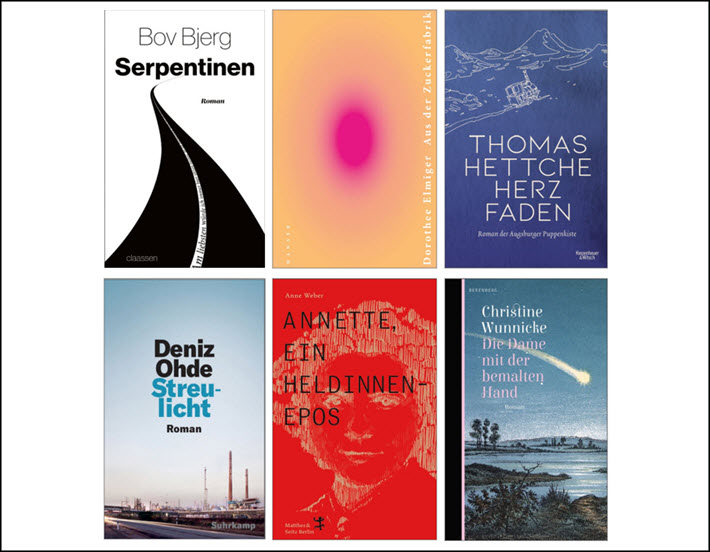 The six titles on the German Book Prize shortlist are said by the jury chair to ‘demonstrate political urgency in a particularly clever manner.’ 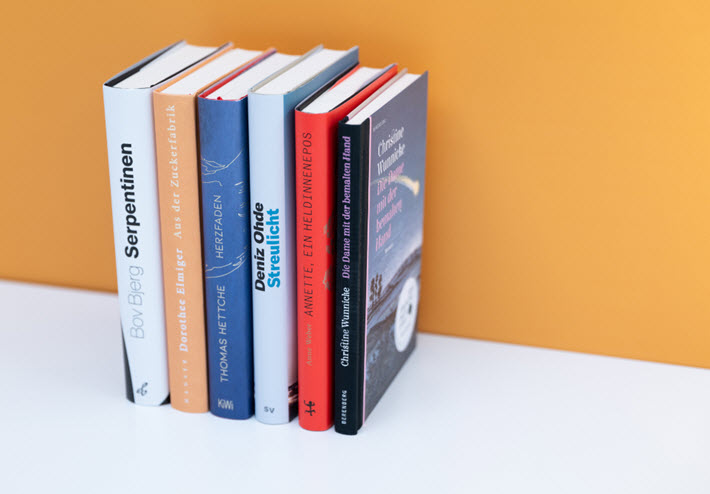 Two leading national awards have named their shortlists today. Our story on the UK’s Booker Prize for Fiction, is here.

‘The Power of Linguistic Expression’

As Publishing Perspectives has reported, this year’s German Book Prize jury has gone over 206 submissions in its initial pool, first to produce its longlist announced on August 8, and today (September 15) to name its shortlist of finalists.

The six shortlisted authors will learn which of them is the winner on the evening of the award ceremony, which is set for October 12, following tradition, just before Frankfurter Buchmesse (October 14 to 18). The Börsenverein des Deutschen Buchhandels—Germany’s publishers and booksellers association, which produces the program—says that the ceremony is to be aired live on October 12 from the Kaisersaal at the Frankfurt Römer in the city’s Altstadt. 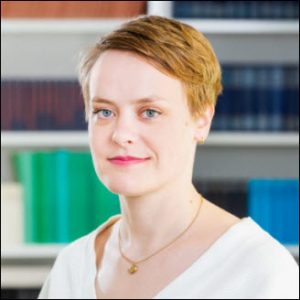 The German Book Prize’s jury spokesperson, Hanna Engelmeier of the Kulturwissenschaftliches Institut Essen—an institute for advanced studies in the humanities—spoke highly of the craftsmanship and artistry behind the choices named today.

“We have nominated six novels that won us over,” she said, “with the power of their linguistic expression and their formal innovation, while also demonstrating political urgency in a particularly clever manner.

“Some draw on unexpected sources or turn to historical material to arrive at major universal questions.

“At the same time, the shortlist also includes outstanding titles that address biographical and contemporary topics in surprising ways.”

The German Book Prize is awarded by the Stiftung Buchkultur und Leseförderung des Börsenverein des Deutschen Buchhandels, which is the Börsenverein’s Foundation for Book Culture and the Promotion of Reading.

In social media, the German Book Prize can be followed at the hashtag #dbp20.

The winner’s ceremony on October 12 can be seen in a live stream here. On radio, the event will be heard through Deutschlandfunk and Deutschlandfunk Kultur via the special “Dokumente und Debatten” channel on digital radio and as a live stream here. While it’s not clear what form the ceremony will have, it’s scheduled to be held at the Kaisersaal of the Frankfurt Römer to coincide with the start of Frankfurter Buchmesse (October 14 to 18).

The New Books in German site will feature English translations from the shortlisted titles, plus some English-language documentation about the books.

Titles considered for this year’s award have been published between October 2019 and today.

At this writing, the 6:22 a.m. ET update (1022 GMT) of the Johns Hopkins Coronavirus Resource Center sees Germany with a caseload of 264,375 infections, placing it 22nd in the world for cases in a population of 83 million. COVID-19 deaths recorded in Germany so far come to 9,366.

More from Publishing Perspectives on the German Book Prize is here, and on publishing and book awards in general is here. More from us on the coronavirus COVID-19 pandemic and its impact on international book publishing is here and at the CORONAVIRUS tab at the top of each page of our site.