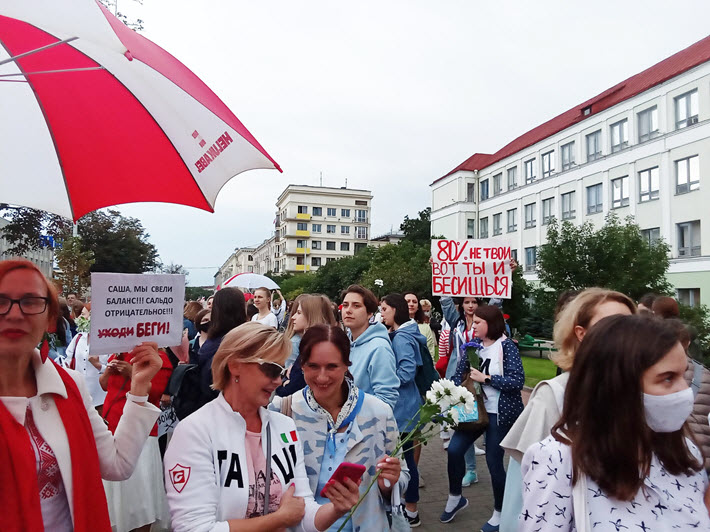 In the Georgian capital, the annual book fair surveyed the impact of the pandemic and issued a statement of support for Belarusian writers and publishers amid ongoing widespread protests. 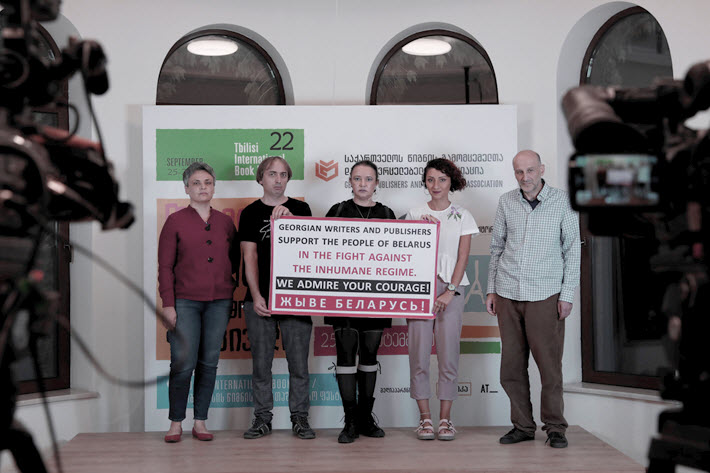 Held over the weekend, the 22nd Tbilisi International Book Fair today (September 28) reports good results, including an online bookstore  facility that drew the participation of 20 publishers. 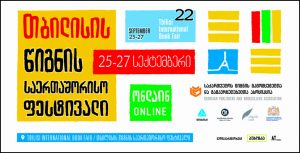 On this page, scroll down and you’ll see the logos of the various presses, each with an online catalogue. During the festival, buy buttons allowed the user to choose an online retailer, and each publisher was tasked with making delivery on orders. On Friday, Saturday, and Sunday, festival discounts were applied and in some cases delivery was free of charge.

As Publishing Perspectives readers will recall, the Georgian Publishers and Booksellers Association has been firm in its demands for government assistance during the coronavirus COVID-19 pandemic, and in a panel discussion arranged with the International Publishers Association (IPA), Gvantsa Jobava says that Georgians are concerned at this point because of signs of a second wave of the pathogen’s progress.

At this writing, the 6:23 a.m. ET (1023 GMT) update of the Johns Hopkins Coronavirus Resource Center sees 5,552 cases in Georgia’s national population of 3.7 million, with 32 fatalities.

The discussion featured Karine Pansa of Girasol Publishing in Brazil; Ebru Şenol of the Turkish Publishers Association; Lis Tribe of Hodder Education; and Jobava, who is both deputy chair of the Georgian Publishers and Booksellers Association and an executive committee member of IPA.

With a topic of “Publishing During and After COVID-19,” a general consensus was that digital formats—ebooks and audiobooks—found the greatest boost on most markets during the springtime containment efforts.

Setzer recalled the observations of Darwin’s work by Louisiana State University’s Prof. Leon Megginson in a very apt observation about what’s coming to light as many world publishing markets take stock of where things are at this point.

A Statement of Solidarity for Belarus

As the program closed on Sunday (September 27), Tbilisi sent a message to the writers and publishers of Georgia’s sister former Soviet satellite, Belarus. With fair personnel onstage holding a banner that read “We Admire Your Courage!” a formal statement was released, reading:

“We, Georgian writers and publishers, express our concern regarding the ongoing repression in neighboring Belarus.

“Lukashenko’s dictatorial regime has put unprecedented pressure on the civilians, including writers, musicians, artists and designers, some of whom have been attacked while attending peaceful protests and some have been beaten in pre-trial detention facilities. Several cases of death due to use of lethal force by law enforcement were also confirmed.

“According to the PEN Center of Belarus, people are not only detained at rallies, but also are taken directly from their homes to unknown locations.

“We, Georgian writers and publishers, are deeply concerned and saddened by the ongoing repression in our neighboring country and express our unconditional support to the peaceful protesters in the fight against Belarus’ inhumane regime.

“We believe in you. We believe that your humane efforts and thirst for freedom will pay off.  We admire your courage. Wishing you strength and endurance in your fight!” 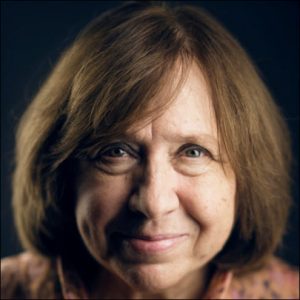 Deutsche Welle reports today that Belarus’ 2015 Nobel Prize laureate Svetlana Alexievich has arrived in Berlin after leaving Minsk. As Publishing Perspectives reported, she had been called for questioning by Lukashenko’s investigators, and was said to be the only member of the opposition movement not detained by the state.

AFP is referenced as speaking to a source who says that Alexievich has gone to Germany for medical treatment and expects to visit Italy for an award, but then will return to Belarus.

PEN America has issued a call for “an end to the persecution of demonstrators” who are protesting what they say was Alexander Lukashenko’s theft of the August 9 election.

Writing on September 21, PEN’s administration said, “In particular, PEN America calls for a halt to the pressure campaign against the president of PEN Belarus and Nobel-Prize winning author Svetlana Alexievich, who belongs to the opposition Coordinating Council. To date, she is the only member of the council who has remained in the country without being detained or expelled, partly due to the support of numerous European diplomats.”

Masha Gessen—whose Surviving Autocracy was published on June 2 by Penguin Random House’s Riverhead Books—is vice-president of PEN’s board, and said, “This is unconscionable. Svetlana is a 72-year-old woman with a chronic illness; her only ‘crime’ is continuing to stand with her people.

“But this is true of the literally thousands of people who have been detained in Belarus in the last six weeks; many of them were tortured. Most of them, unlike Alexievich, are not recognized as international treasures, but the Belarusian dictatorship must know that the eyes of the world are on them.”

BBC News reports that more than 50 were detained by security forces on Sunday (September 27) in the seventh weekend—the 50th day—of mass protests in Minsk. The opposition has been outspoken in its condemnation of the secret inauguration Lukashenko held for himself on September 23. Reuters’ Arshad Mohammed, Matt Spetalnick, and Robin Emmott have the news of that clandestine swearing-in, in case you need to catch up on it.

The Associated Press’ Yuras Karmanau puts the number of arrests at 500 during the weekend, and says the crowds numbered as many as 100,000 people, demanding Lukashenko’s resignation after six terms in office.

More from Publishing Perspectives on Georgia and its publishing industry is here. More on freedom of expression is here and more from us on the freedom to publish is here. Our coverage of the situation in Belarus is here.