From Finland, the United States, Canada, Norway, Spain, Turkey, and France, many of our titles today are new to the international translation rights market.

With some 3,000 exhibitors reportedly registered for the upcoming digital evocation of Frankfurter Buchmesse (October 14 to 18), we may soon see the largest test yet of the efficacy and acceptance levels in the industry for digital modes of international rights trading in world book publishing. Frankfurt Rights opens in early October.

And as the pandemic wears on, you may notice that virtual seems a less and less satisfying term around these events.

As one of the older-fashioned adjectives used for Internet-based activity, the term’s earlier meanings have been exploded–virtual, as in things “not formally recognized” or “without the agency of matter” (Merriam-Webster). If you make an offer to buy the rights to a book you want to have translated and then published in your market, your offer is just as real as it is if you’re sitting across that physical table in the LitAg at Frankfurt.

We’ll start with news from Helsinki’s Elina Ahlbäck about Elina Backman’s When the King Dies. It’s being optioned by Aurora Studios for television-series development. Ahlbäck would like you to know, she tells Publishing Perspectives, that immediate seating is available if you’re interested in rights for Italy, France, Spain, Denmark, Russia, Latvia, and the English-language territories. Nine deals are in place now, in addition to the film option.

And a note for our regular readers: For the moment, we’re accepting submissions of properties that may not have many, if any, rights deals attached to them so far. Normally, we look for some track record of sales in a preferred title for consideration. But as we approach a large trade show like Frankfurt, we like to open the field to titles with fewer deals to date, knowing that the shows are, after all, places to present new work. 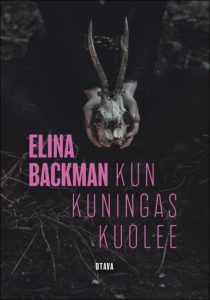 When the King Dies

Aurora Studios is new, just created in June by the publisher Otava Oy with investors Ari Tolppanen and Ari Lahti, who financed the Finnish work The Unknown Soldier.

Author Elina Backman is at work on a follow-up to When the King Dies. That sequel, The Isles of Sheep, is scheduled for a June publication next year.

In When the King Dies, Saana is a former click-bait journalist who spends a summer in the quiet town of Hartola. She looks into the case of a teen who died 30 years earlier, which shakes up the small town’s normal peace.

Helsinki crime investigator Jan Leino, working on a case at King’s Gate on Suomenlinna Sea Fortress, crosses paths with Saana, and things become complicated from there. 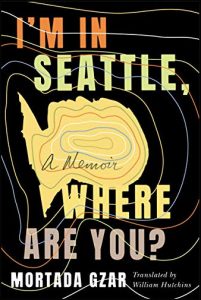 I’m in Seattle, Where Are You?

By Mortada Gzar
Translated from Arabic by William Hutchins

A Kuwaiti-born novelist, filmmaker, and visual artist, Mortada Gzar has an engineering degree from the University of Baghdad and has worked as a resident at the Iowa International Writers’ Workshop.

His animated short film Language won the Doha Film Award. He’s the author of three novels: Broom of Paradise (2008), Sayyid Asghar Akbar (2013), and My Beautiful Cult (2016), and is a regular contributor to the Lebanese newspaper al-Safir al-Arabiandis.

In this memoir, Gzar mixes tales of his childhood work as a scrap-metal collector in a war zone and the indignities faced by openly gay artists in Iraq with his love story and journey to the United States.

Marginalized by his own society, he’s surprised to discover the racism he finds in a new one. 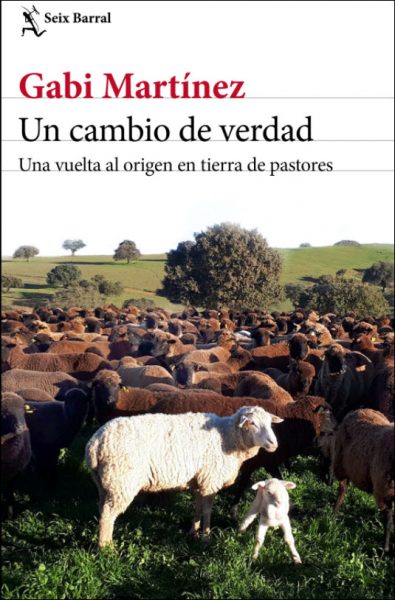 A work of an environmental awakening, this book tells the story of a journey through Spain’s most isolated region, the Extremadura Siberia in the northeastern province of Badajoz.

In the 21st century, the author becomes a shepherd’s apprentice to experience the way of life his mother knew as a child. There he survives in a shelter without heating or running water, taking care of more than 400 sheep. Soon he meets the inhabitants of the area and is steeped in their different ways of understanding the countryside.

“Through a radical experience, this book awakens our environmental awareness, connects us with those who came before us, and helps us understand our present in order to transform it into a simpler lifestyle, in harmony with nature.” 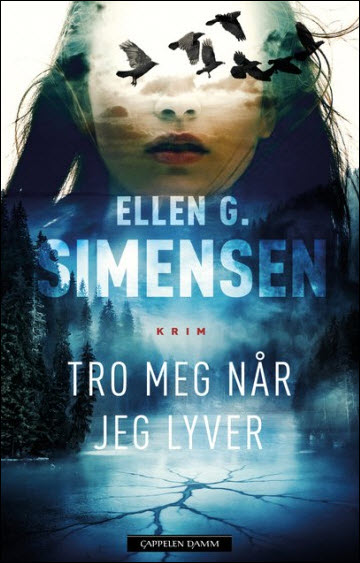 Believe Me When I Lie

In this psychological crime thriller, “police officer Lars Lukassen sees a chance for promotion when he’s called out to investigate a dead body. The situation at the police station in Hønefoss deteriorates when a sinister figure starts plaguing schoolchildren.

“At the same time, teacher Johanna Brekke arrives in town and Lars is attracted to her. But what is Johanna running away from, and who is friend and who is foe in the quest for truth?” 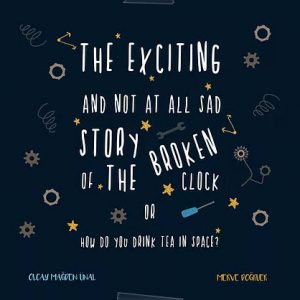 The Exciting and Not at All Sad Story of the Broken Clock or How Do You Drink Tea in Space?

This is the first book in a trilogy.

“In this story of two brothers, the little one is playing soccer with his toys in the living room, but the ball hits a precious clock and it breaks.

“Meanwhile, his big brother appears. The little one admires his imagination and misses the adventurous games they used to play together. But now the older brother is a teenager and, even worse, he’s in love with a brown-eyed girl.

“The little brother is all alone with his toolbox.” 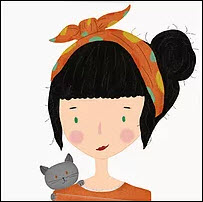 We’d like to add a note that Beste Bal-Kovan Agency is doing a nice job of crediting an editor where appropriate, as well as author and illustrator. In this case, that’s Burcu Arman, and we think that the editor’s role is clearly important enough in these listings to offer that credit, ourselves.

It may be worth more agents and rights directors considering extending this courtesy–not least because, of course, many buyers become familiar with certain editors’ work, and may be interested in a new offering from a trusted editorial talent. 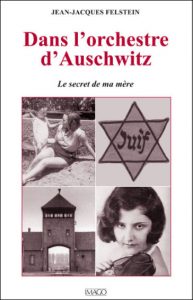 In the Auschwitz Orchestra: My Mother’s Secret

Arrested in 1943 and deported to Auschwitz, Elsa survived because she had the opportunity to join, as a violinist, the all-women prisoners’ orchestra conducted for 10 months by Alma Rosé, the niece of Gustav Mahler. That’s the secret that author Jean-Jacques Felstein discovered long afterwards as he painstakingly researched in Birkenau the story of this woman who died young.

He records the memories of Hélène, first violin; Violette, third violin; then Anita, a cellist. Gradually, he accumulates information, allowing him to learn more about this young Jewish girl at age 20. Described as “a dialogue beyond death,” running on both contemporary and historical tracks, the book recounts Felstein’s work in reaching the dark story of his mother’s struggle. 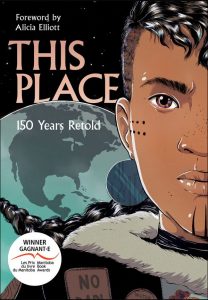 A graphic story collection, This Place: 150 Years Old is rated for young readers 15 and older and is an exploration of the past 150 years through the eyes of Indigenous writers, illustrators and colorists.

The anthology comprises narratives of “Indigenous wonderworks, psychic battles, and time travel,” according to the publisher’s descriptive material.

“See how Indigenous peoples have survived a post-apocalyptic world,” according to promotional material, “since Contact.”

The book is funded through the Canada Council for the Arts’ New Chapter initiative. We’ve embedded a video about the project below.