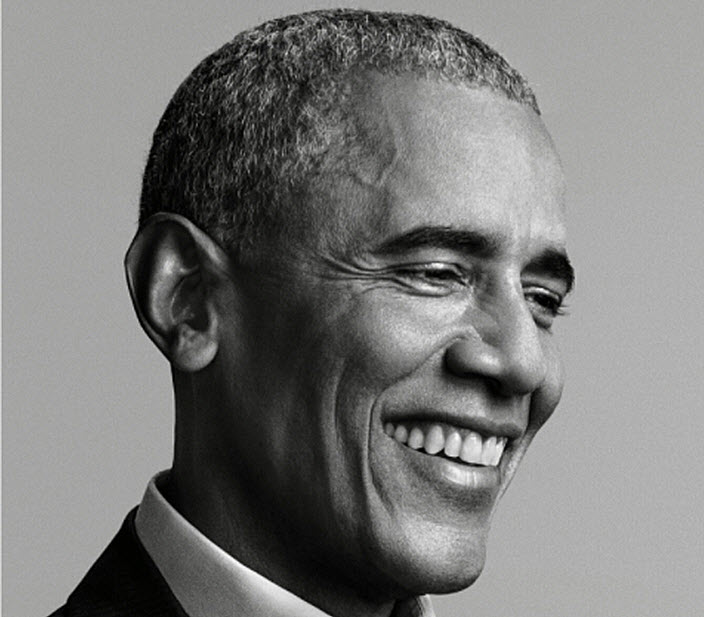 Penguin Random House plans its worldwide release in 25 languages of ‘A Promised Land,’ volume one of this presidential memoir by Barack Obama, on November 17.

Barack Obama. Image: a detail from the cover art released by Penguin Random House for ‘A Promised Land’

Dohle: In ‘Times of Global Crisis’

A date of November 17 has been announced this morning (September 17) by Penguin Random House for the release of the first volume of Barack Obama’s much-anticipated presidential memoir.

Being produced by Crown Publishing, an imprint of the division Random House Publishing Group, the book is titled A Promised Land, and PRH CEO Markus Dohle has announced that the book will go not only into simultaneous release into 25 languages but also audio, Obama reading his own text for the audiobook edition from Penguin Random House Audio. A Spanish-language edition is also to be released as Una Thierra Prometida.

The memoir is divided into two volumes, and a release date for the second volume has yet to be named.

The news arrives, of course, amid a fevered season for political books, something the NPD Books specialist Kristen McLean has noted in her assessments of the US marketplace—extraordinarily robust in this singular coronavirus COVID-19 pandemic year. The adult nonfiction sector is being powered by political releases in a summer that has seen a remarkable 20 weeks of book sales gains since Easter during the height of lockdown mitigation efforts.

In a prepared statement for today’s announcement, Obama is quoted, saying:

“There’s no feeling like finishing a book, and I’m proud of this one. 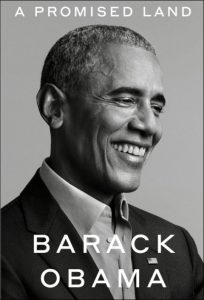 “I’ve spent the last few years reflecting on my presidency, and in A Promised Land, I’ve tried to provide an honest accounting of my presidential campaign and my time in office: the key events and people who shaped it; my take on what I got right and the mistakes I made; and the political, economic, and cultural forces that my team and I had to confront then—and that as a nation we are grappling with still.

“In the book, I’ve also tried to give readers a sense of the personal journey that Michelle and I went through during those years, with all the incredible highs and lows.

“And finally, at a time when America is going through such enormous upheaval, the book offers some of my broader thoughts on how we can heal the divisions in our country going forward and make our democracy work for everybody—a task that won’t depend on any single president, but on all of us as engaged citizens.

“Along with being a fun and informative read, I hope more than anything that the book inspires young people across the country—and around the globe—to take up the baton, lift up their voices, and play their part in remaking the world for the better.”

Dohle, speaking to today’s announcement, says, “Through his words and actions, president Obama has had an indelible impact on the world and the course of history, serving as a beacon of hope and progress that has inspired so many.

“He is also a supremely gifted and accomplished writer, and it is a great honor for Penguin Random House to publish A Promised Land for readers everywhere. I know they’ll find it to be a book that vividly brings history to life, reminding us of the power of democracy even during times of global crisis.”

The English-language print edition is to run to 768 pages with two 16-page photographic inserts.

In support of the Obama Foundation and Penguin Random House’s corporate commitment to social responsibility, the publisher has donated more than 1 million copies of its children’s books in the Obama family’s name to First Book, a longstanding Penguin Random House nonprofit partner and the Washington-based partner for the 2016 White House digital education initiative, Open eBooks. First Book is dedicated to promoting equal access to education by providing new books, learning materials, and other essentials to children in need in the United States and Canada.

More from Publishing Perspectives on political books is here. More from us on Penguin Random House is here. And more on the coronavirus COVID-19 pandemic and its impact on international book publishing is here and at the CORONAVIRUS tab at the top of each page of our site.