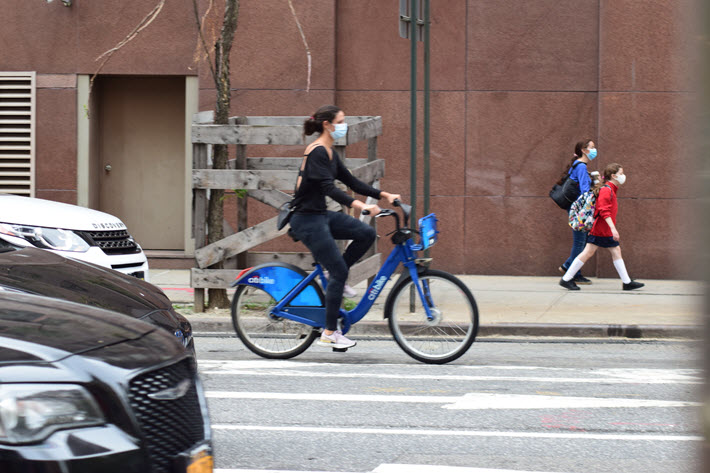 The week ending September 12, Kristen McLean writes, was the first in 2020 in which ‘every book on the Top 10 list was a frontlist title.’

Into the Crowded Autumn

The NPD Group’s research assures publishers, “the impressive growth we’ve been tracking since week 15 is holding,” the reference to week 15 being to Easter.

And as we move into one of the most release-heavy autumn sales periods in memory, McLean begins to point to shifts in the dynamics well worth watching carefully, not least because the American market’s recovery has been surprisingly strong–”remarkable” at some points, in McLean’s weekly briefings.

“Now that we are into September,” McLean writes to members of the news media, “the US book market is experiencing a switching of  gears. This is the first week in 2020 in which every book on the Top 10 list is a frontlist title,  and eight of the 10 are newly published in September.”

The fact that so many of those titles are September releases has been anticipated to some degree. One major effect of coronavirus mitigation efforts in the spring was that publishers delayed many releases to the autumn.

We now are entering the expected bottleneck, that circumstantial American reflection of France’s rentrée littéraire when, in the French market, almost 525 novels go to market at once. The rentrée is driven by major literary awards’ eligibility deadlines, while this de facto effect in the United States is a matter of practical necessity. As physical bookstores were shuttered and author appearances and other events were curtailed amid the COVID-19 restrictions, holding certain releases back–even canceling others–became the key tool many publishers felt they had to deploy, to avoid pushing content out into a shallowed-out retail scenario.

Nevertheless, what McLean sees at this early point in the scrum of releases, is relative stability so far.

“Book sales were down” from the week ending September 5, McLean says, “but up over the same week in 2019. We are holding steady at +6 percent year-to-date on sales of 464 million units and $8 billion,” based on the MSRP, the price point set by publishers for retail.

“Our weekly volume of 13 million units wasn’t unusual for early September,” she reports.

“While all major super-categories were down this week compared to last week,” McLean writes, “the total print book market added 0.1 percent to the year-to-date overall, bringing it to up 6 percent for the year.

In this point, McLean is looking at the formidable brace of political books now going into release or coming ahead of–and shortly after–the furiously contested American presidential election (November 3).  She notes, for example, last week’s announcement by Penguin Random House that its Crown Publishing is to release the first of two volumes of Barack Obama’s memoir, A Promised Land on November 17.

She also makes the point that adult nonfiction was the lone super-category not posting a positive year-to-date number despite the much anticipated release by Simon & Schuster of Michael Cohen’s Disloyal: The True Story of the Former Personal Attorney to President Donald J. Trump.

In the next look at the adult nonfiction super-category, we should be able to see something of the entry of Bob Woodward’s Rage onto the market, a September 15 release, also from Simon & Schuster.

“With the imminent release of several big books,” McLean writes, “we expect a strong finish to 2020.” And that, it should be noted, is not what might have been feared earlier in this dramatically unusual year. 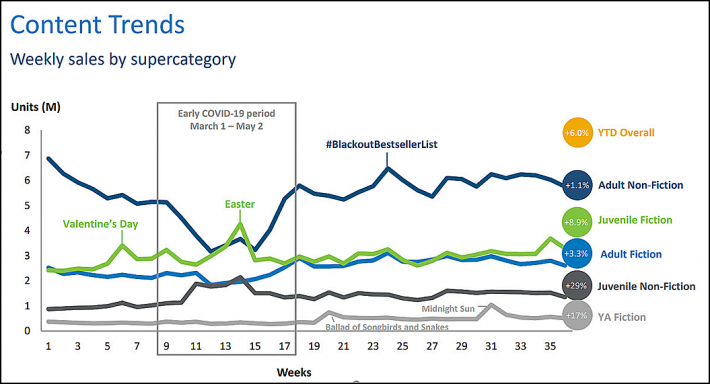