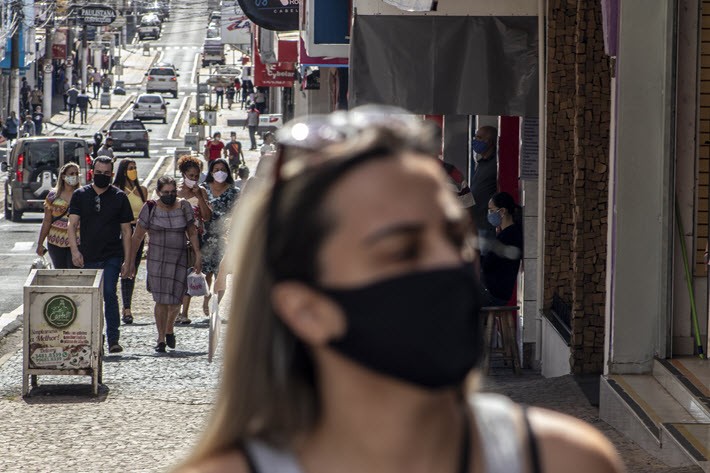 Warning of ‘serious damage to sales’ in a pandemic-wracked economy, the International Publishers Association calls on Brazil to abandon plans for a new book VAT rate.

In the commercial district of the São Paulo state’s city of Marília, June 27. Image – iStockphoto: Alfribeiro

The International Publishers Association‘s (IPA), based in Geneva, today (September 2) has issued a statement calling on Jair Bolsonaro’s Brazilian government to turn back immediately from a plan to impose a new value added tax, VAT, on books.

Lise Alves’ reports in The Rio Times that levying a new tax on books “would remove the partial tax immunity that publishers have had since 1946.”

IPA—the membership of which includes 83 publishing organizations from 69 markets in Africa, Asia, Europe, Australasia, and the Americas—was closely engaged in efforts that led to the European Union’s Economic and Financial Affairs Council’s (ECOFIN) decision in late 2018, allowing the EU’s member-states to drop VAT on digital formats to match taxes charged on print.

Working with associated stakeholders, the IPA for years helped to maintain the needed political pressure to bring about that shift in policy, issuing in 2016 a key report along with the Federation of European Publishers (FEP).

“Indeed, earlier this year,” the IPA writes today, “the Bulgarian and British governments used VAT as a way of supporting their publishers during the coronavirus COVID-19 lockdown.” Sofia cut VAT on physical books and ebooks in Bulgaria until December 2021. And the Boris Johnson government in London accelerated its plan to permanently zero-rate ebooks from December 2020 to May 2020 as lockdowns gripped the nation.

Now, in a market far from Europe, the IPA finds itself once more arguing for “zero-rating” any VAT on books—and this time not just on the digital side but across the array of formats in the Brazilian market.

The IPA supports Brazil’s current zero-rating of VAT on all books, in all formats: “print, ebook, audio, and accessible,” the association’s statement reads, with that last mention of “accessible” referring to book formats developed to the benefit of reading-impaired users.

“The IPA has been encouraged in recent years to see more governments around the world zero-rate books.

“Books are fundamental to creating the knowledge economy of the future, but the book market is highly price-sensitive. Any increase in cost, however small, can inflict serious damage to sales and therefore investment.

“In order to support the knowledge economy, to encourage reading and to promote the benefits of lifelong education, the IPA recommends zero-rating VAT for all books.

“The Brazilian government’s reported plans are a backward step that will harm local publishers, as well as undermining literacy programmes in the country.”

IPA, a fully accredited NGO (non-governmental organization) with consulting relations with the United Nations, stresses today that it’s aligned with “almost the entire Latin American continent” in its position on zero VAT on books.

Only Chile and Guatemala, the association writes, don’t conform to zero-rating on taxation on books.

“Books are strategic assets that activate the knowledge economy,” the agency says, “they facilitate upward social mobility as well as personal growth, and they bring widespread social, cultural and economic benefits.” 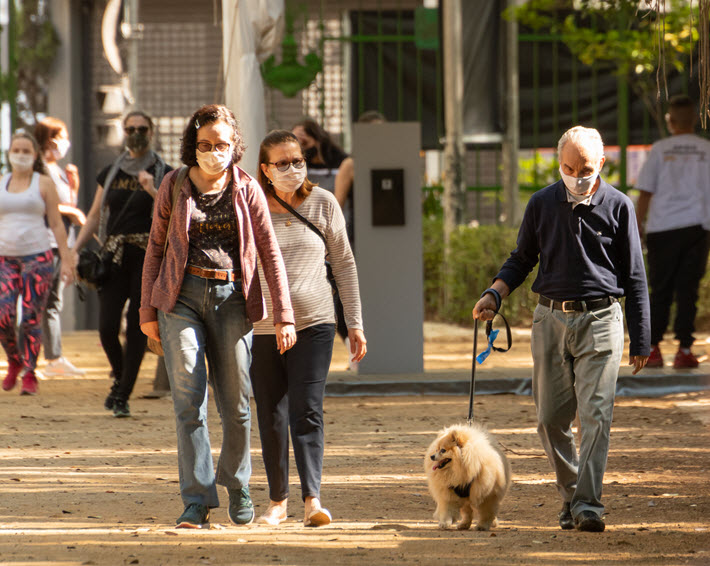 In its rationale today, the association returns to the ongoing worldwide health emergency to stress the profoundly bad timing of any effort to impose VAT on reading in any world marketplace.

And few markets have felt the force of the virus as badly as Brazil has.

“The Brazilian government’s reported plans are a backward step that will harm local publishers, as well as undermining literacy programs in the country.”José Borghino, IPA

In its 8:28 a.m. ET update (12:28 GMT), the Johns Hopkins Coronavirus Resource Center sees Brazil as second only to the United States in world coronavirus caseloads and deaths. A total 3,950,931 infections have been confirmed in Brazil so far, in a population of 210 million.

Brazilian fatalities at this point attributed to the pathogen total 122,596.

According to Marcelo de Sousa’s report for the Associated Press on Tuesday (September 1), the Brazilian economy contracted a record 9.7 percent in the second quarter, “the second consecutive quarter of a decline in the country’s gross domestic product, which is widely considered to be a recession. … Bolsonaro has consistently argued that the economic impact of lockdowns and other measures during the pandemic would be more damaging for Brazil than COVID-19 itself.”

In addressing this, the IPA’s staff writes that according to Nielsen BookScan figures, the Brazilian book market marked its lowest point in May, standing 47.6 percent below its 2019 level.

“Despite a recovery,” the agency writes, “that market is still 6.8 percent lower than last year.”

Faced with the bafflingly bad timing of a new VAT at such a moment, the IPA’s statement says, “Rather than a regressive measure like imposing a VAT on books, the IPA urges the Brazilian government to look to positive measures to support its publishers.

“Such government initiatives around the world have included reading vouchers, increased investment in library budgets, designation of books as ‘essential,’ and enabling bookstores to reopen during lockdown. 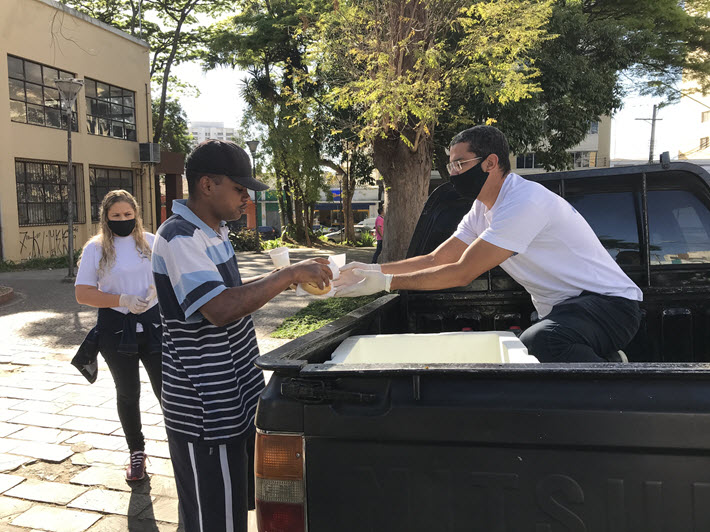 In Getúlio Vargas Square in Guarulhos, the state of São Paulo, on August 4, a donation of meals by the Solidariedade Amor ao Próximo, a humanitarian organization. Image – iStockphoto: Maurian Soares Salvador