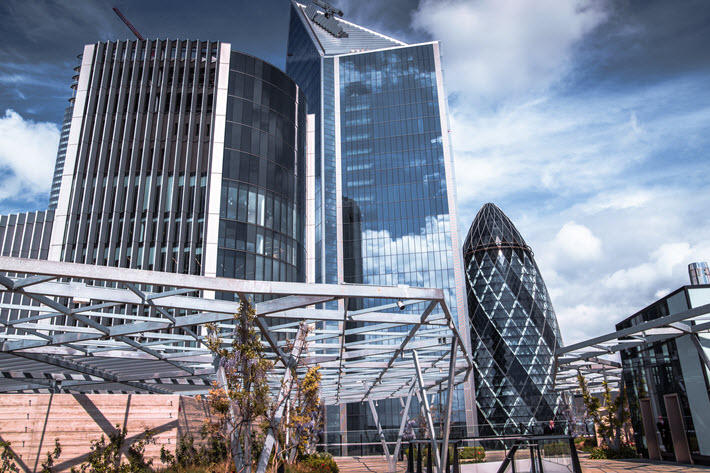 Eligible for books originally published in English or in translation between November of last year and this year, the FT-McKinsey award program looks for work to ‘stand the test of time.’

In London, a view from the Garden at 120 in Fenchurch Street. Image – iStockphoto: IR Stone

Today’s (September 23) announcement of the Business Book of the Year Award shortlist from the Financial Times and McKinsey & Company marks the 16th year for this program, which honors international publication in the global business community.

A distinguishing characteristic of what the awards’ jurors look for is described as content the insights and influence of which are “likely to stand the test of time.” And, as Andrew Hill wrote, in the program’s announcement of its longlist, “That is hard enough to predict in a normal year. In 2020, the task will be particularly taxing.”

The jurors charged with determining such prescient value this year are:

To be eligible for the 2020 iteration of the Business Book of the Year Award, titles must be published for the first time in the English language, or in English translation, between November 16 of last year and 15 November this year. There is no limit to the number of submissions each publisher and/or imprint can make, provided books fit each criterion.

There are no restrictions of gender, age, or nationality of authors, although writers who are current employees of the Financial Times or of McKinsey & Company–or close relatives of such employees–are disqualified.

This year’s shortlist was chosen from a longlist of 15 titles. 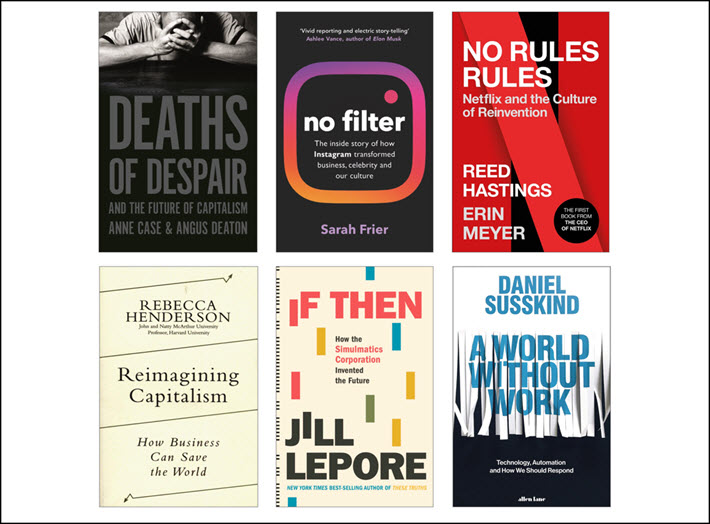 In prepared comments for the release today of the shortlist, jury chair Khalaf is quoted, saying, “We enjoyed a robust debate at the judging meeting and it was hard to separate six finalists from a particularly strong field.

“But in a year marked by disruption and uncertainty, the judges have selected a shortlist which addresses critical business issues, from the future of work to the importance of technology, in original, enjoyable and provocative ways.”

And another comment comes from Dame Vivian Hunt, who is a senior partner with McKinsey & Company. Dame Vivian says, “In a year when books were often an escapist respite and as many business ideas felt abruptly outdated, the 2020 shortlist reflects a rich diversity of mainstream books that not only look back, but also offer enduring and relevant lessons in resilient leadership; they are potential guides on how to rewire companies, organizations and societies for the post-pandemic next normal.”

Previous winners of the Business Book of the Year: 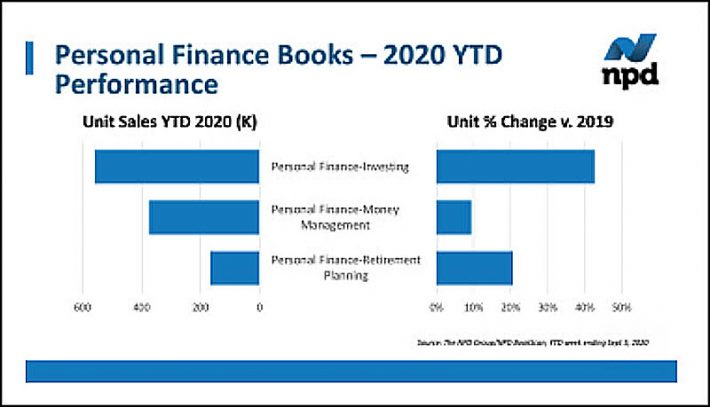 In an interesting aside to today’s news of the Business Book of the Year Award, the NPD Group’s research is indicating that rising sales of personal finance books in the United States have accelerated since the March intensification of the coronavirus COVID-19 pandemic.

Rising sales in the genre have been tracked since 2017, but in this pandemic year, NPD this week is citing 4-percent unit sales increases, year-to-date, with a compound annual growth rate (CAGR) of 9 percent over the last five years.

Personal investing has led, up 43 percent, followed by personal retirement planning, up 21 percent, and personal money management, up 9 percent.

“We first noted the upward finance books sales trend in 2019,” says Kristen McLean, NPD’s books industry analyst, “driven by a growing interest in the financial-independence-retire-early movement among younger generations, even as the economy was doing well.

“But after COVID-19 hit the United States, the need became less about lifestyle considerations and more about necessity, as economic insecurity, stimulus checks, and unemployment benefits drove the personal savings rate upward.

“We expect this category to remain strong into 2021 as economic security continues to be top-of-mind.”

We have more today from McLean at NPD on the US books market here.

The FT and McKinsey have made a video presentation of this year’s shortlist: