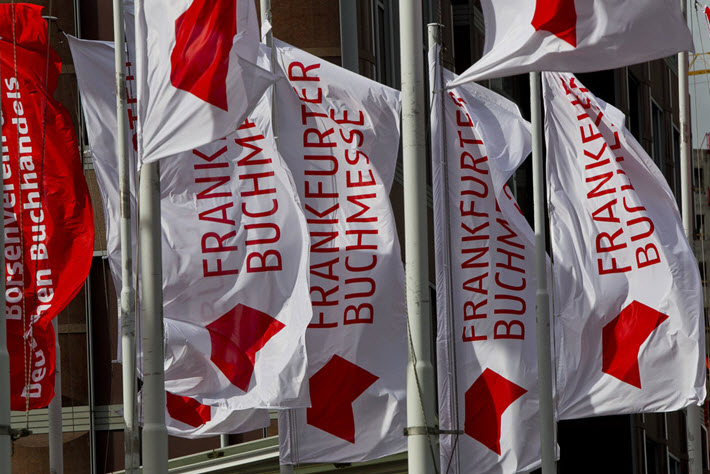 Frankfurt’s new partnership with the World Intellectual Property Organization is intended to ‘put intellectual property and the creative industries on the global agenda.’

Boos: Issues Are ‘Evolving at an Extraordinary Pace’

As Publishing Perspectives readers know, WIPO is the World Intellectual Property Organization, a United Nations agency that weighs and develops standards in international content, critical to issues of ownership and usage.

In a statement today (September 17), Frankfurter Buchmesse and WIPO are announcing a new partnership “to put intellectual property and the creative industries on the global agenda.” Many in the world publishing industry are sure to recognize that this is one of the most logical collaborative arrangements that might arise in an era in which the digital dynamic is generating new challenges to legacy patterns of content protection and availability.

Today’s media messaging says the new program “will initiate discussions and develop measures to provide the best and most pertinent information on the protection of intellectual property to the widest possible audience within the sector.

“This will include the dissemination of white papers and studies, and the organization of a program of joint B2B events over the coming months.”

In the nearest term, the new partnership has prompted an event during this year’s hybrid edition of Frankfurt’s trade show (October 14 to 18).

In remarks issued today, Frankfurt’s president and CEO Juergen Boos is quoted saying that he sees the new development as coming “at a time when the protection of intellectual property has never been more necessary.

“The emergence of new business fields,” he says, “the convergence of media industries, and the impact of digitization all mean that the creative sectors are evolving at an extraordinary pace.

“As a result, we have a crucial role to play,” Boos says, “in ensuring that the topic of intellectual property and the creative industries is high on the global agenda and that the relevant measures are put in place to secure the highest standards.”

“The trends will help to inform governments, publishers, and creators on changes in the marketplace, thus supporting informed policy and investment decisions.” 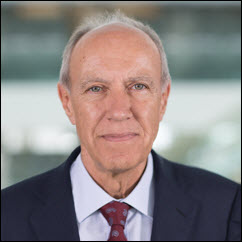 You can see the most recently published editions of the report at WIPO’s site here.

The Global Publishing Industry report, as it happens, is produced in association with the International Publishers Association (IPA), which like WIPO, is based in Geneva.

So it is that the IPA is understood to be a supporting player in the partnership announced today.

Speaking for the IPA, the association’s vice-president, the Sharjah-based Kalimat publisher and founder of both the Emirates Publishers Association and the international PublisHer professional network for bookwomen, Shekha Bodour Al Qasimi is quoted, saying, “This has been a year of challenges for content creators and rights owners worldwide, so this partnership couldn’t be more timely.

“It’s by pulling in the same direction that we’ll give intellectual property protection due prominence.

“This is why WIPO and the IPA jointly produce the annual Global Publishing Industry report, why we work together on the board of the Accessible Books Consortium,” called ABC, “and why the two organizations will discuss the European Accessibility Act at Frankfurter Buchmesse this year.”

On Frankfurt Wednesday, October 14, the new edition of the Global Publishing Industry will be presented. You can learn more about this event in our associated story today.

And as an example of the kind of concern the new partnership between WIPO and Frankfurt can take up, during Frankfurt week, it’s expected that there will be discussions on the adaptation of comic characters in the United States. This is not an unfamiliar area of “cross media” development.

When copyrighted comic characters are also protected under trademark laws, intellectual property rights can overlap, causing challenges when such characters are used in adaptations in books, film, and video gaming. The session will investigate how much creative re-use is affected in these situations, and whether “fuzzy boundaries” of rights are, in fact, an enhancement.

Meanwhile, WIPO has released a short video with Boos and Gurry commenting on the signing of an MOA, a memorandum of agreement, on the partnership.

Bodour: ‘A Year of Challenges’

Ironically, the public health emergency of the coronavirus COVID-19 pandemic can help clarify some of the types of issues that now roil the field of intellectual property and its protections.

In our Publishing Perspectives interview in late April with WIPO’s Gurry, he highlighted the urgency that had developed in intellectual property circles around research into the pathogen’s progress.

“We have a crucial role to play in ensuring that the topic of intellectual property and the creative industries is high on the global agenda.”Juergen Boos, Frankfurter Buchmesse

In a paper on the situation— “Some Considerations on Intellectual Property, Innovation, Access, and COVID-19”—he wrote, “The main challenge at the present time is not access to vaccines, treatments, or cures for COVID-19, but the absence of any approved vaccines, treatments, or cures to have access to.  The policy focus of governments at this stage should therefore be on supporting science and innovation that will produce a vaccine, treatments or cures.”

More recently, on the publication of WIPO’s Global Innovation Index, Gurry said, “Even as we all grapple with the immediate human and economic effects of the COVID-19 pandemic, governments need to ensure that rescue packages are future-oriented and support the individuals, research institutes, companies and others with innovative and collaborative new ideas for the post-COVID era. Innovations equal solutions.” 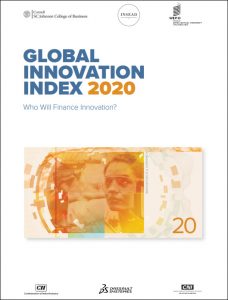 Underlying that insight is the essential tension in the world of these debates. How much can and should intellectual property protection be flexible in a world characterized more by change than by stability?

Issues of artificial intelligence easily play into this, as well, as Gurry discussed in with Publishing Perspectives in his exclusive interview with us last year at Frankfurter Buchmesse.

“We’re now living in a world in which tech is determining the possibilities,” Gurry said. “Tech is saying, ‘We can do it, so let’s do it.’ And I’m not sure that’s right. Technology should not be the master, but the servant.”

You see this, again, in the issue of comic characters and adaptations: until the advent of the digital dynamic, rights holders didn’t have to worry about their content’s interpretations in such broad arrays of media and formats as we have today—most of them easily accessed by users on phones. 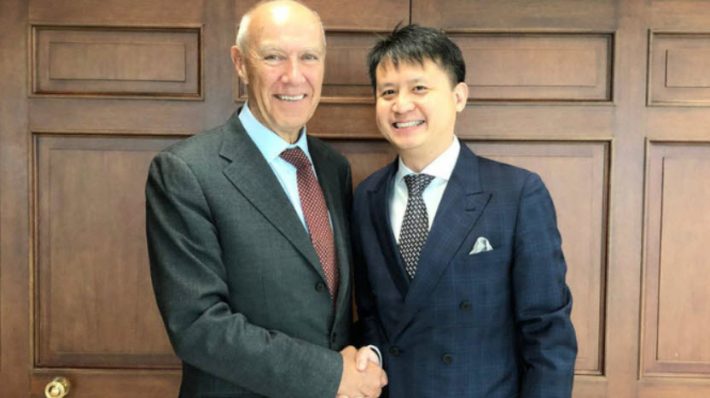 In October, Gurry will be succeeded by Daren Tang in a six-year term as the fifth director general of WIPO, who is the chief of Singapore’s Intellectual Property Office.

“It’s by pulling in the same direction that we’ll give intellectual property protection due prominence.”Bodour Al Qasimi, International Publishers Association

Gurry has guided WIPO for 12 years of particularly robust service, one hallmark of his tenure being the creation and implementation of the Marrakesh Treaty for international reading accessibility—an instance in which many players in world publishing and international government have agreed that the needs of reading-impaired people warrant certain copyright exceptions.

The EU’s Accessibility Act mentioned by Bodour is another effort, like the Marrakesh Treaty, in approaching and formalizing the needs and responses the creative industries can make to making content available to those who may be in some way disabled.

Copyright and other forms of intellectual property protection have never left the agenda of world publishing, of course. But from the problems of digital piracy to the potentials of words-to-screen development, it’s clear that the field is more challenged today. New complexities are arising with a speed that some deliberative bodies in the field of standards find boggling.

And while WIPO works at the highest and broadest levels of international intellectual property standards guidance and evolution, the establishment of publishing as a key factor in these issues is important, keeping the book business in play as the creative industries operate in the quickening digital context of contemporary content.

Here, from July, is the first part of a two-part conversation between Gurry and IPA president Hugo Setzer on intellectual property and international cooperation. You can access both parts of the discussion here.