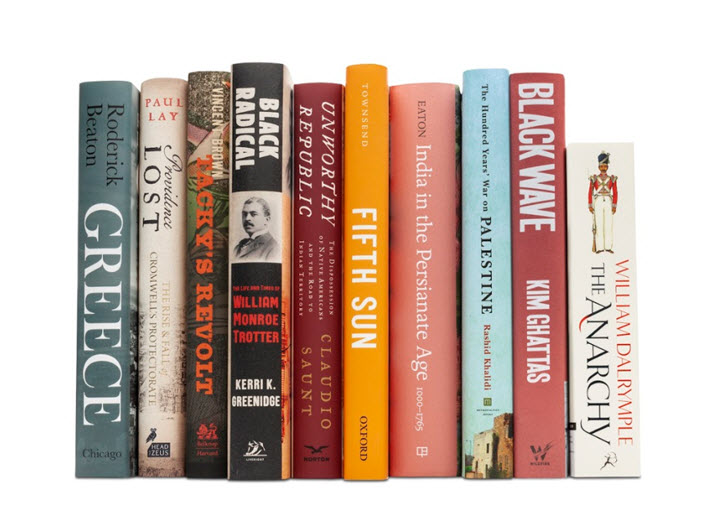 Frankopan: ‘So Vital for Civic Health’

In a recorded conversation released today (September 22), this year’s international Cundill History Prize jury has announced its “extended shortlist” of 10 titles, as opposed to the usual eight.

The award, produced by Montreal’s McGill University, is among the richest in the world, with US$75,000 going to the winner each year. More than 300 submissions have been received for this year’s program from publishers—only in digital formats which were sent to the jury panel on e-readers.

From the shortlist being announced today, three finalists will be named on October 20, and the winner is to be announced on an as-yet unspecified date in late November.

Applebaum: ‘So Many Good Books’

In an exchange with Publishing Perspectives, juror Anne Applebaum explains the 10-title shortlist, saying, “I think it was felt that there were so many good books, representing so many urgent, contemporary themes, from Black American history to nationalism to the Middle East, that it was worth a small expansion.” 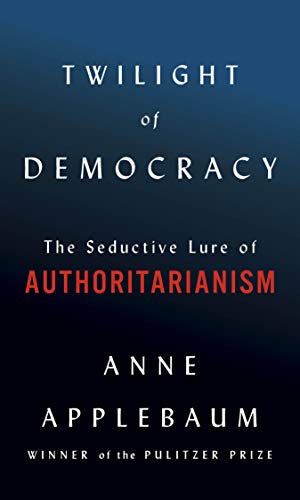 The author of many books, most recently the influential Twilight of Democracy: The Seductive Lure of Authoritarianism (Penguin Random House/Doubleday, July 21), Applebaum, in comments to us about Paul Lay’s Providence Lost, says, “I think it’s important for the British, and of course for everyone else, to remember that they are not somehow genetically exempt from religious fanaticism or extremism; they have suffered from both in the past; Providence Lost is a useful reminder.

“Of course it may be that experience that helped inoculate them against some of the madness of the 20th century.”

And about Roderick Beaton’s Greece, she tells Publishing Perspectives, “At base, all nations are constructs—”imagined communities” as Benedict Anderson famously put it—which doesn’t make them any less real.”

In answer to a question about the relevance Beaton’s book may have to the idea of the “American experiment, she says, “I do believe that pondering the origins of modern Greece will help Americans understand the origins of America. Indeed they both had something in common, since they both started with people who were reading the history of ancient democracies, Greek as well as Roman, and they both sought to capture some of what they thought was the spirit of those times.”

In a prepared comment on the shortlist, Frankopan says, “This is a wonderful list of books. Richly varied, exciting, illuminating. Individually, these 10 books are outstanding, and as a group they make for a fantastic collection.

“There are some classics in there; there’s no doubt about that. Each book shows just how alive and vibrant and flourishing first-class scholarship and nonfiction writing are in the world today: for all the frustrations and disappointments we have in the world, history is alive and well. It’s important that good ground-breaking new history writing explains what is important and why it matters. And each of the ten books we have chosen for this shortlist does that—in many different ways.”

And McGill University’s Antonia Maioni says, “The 10 books the jurors have presented today are outstanding examples of what the Cundill History Prize celebrates: works of real relevance—and consequence—that are so finely crafted they are also fantastic reads. I hope you will seek out and discover these exceptional books.”

The recorded event in which today’s announcement was made can be seen at the Cundill’s YouTube page.

During today’s program, jury chair Peter Frankopan spoke with three Cundill winners in “a critical look at this moment in time:

More from Publishing Perspectives on the Cundill History Prize is here. And more on literary prizes in general is here.  More from us on the coronavirus COVID-19 pandemic and its impact on international book publishing is here and at the CORONAVIRUS tab at the top of each page of our site.