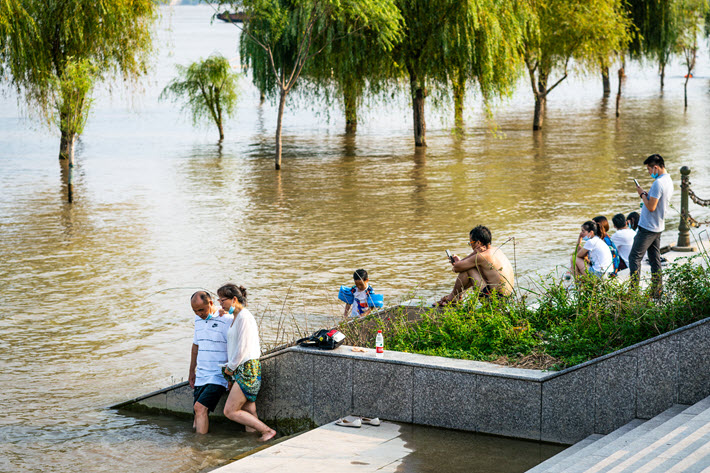 Acclaimed author Mo Yan has raced onto the charts in China with his first book since his 2012 Nobel win–and is a hit on social media.

On the banks of the Yangtze River in Wuhan, August 30. Image – iStockphoto: Julien Viry

Quick entries on China’s charts tracked by our associates at Beijing OpenBook in August include The Only One at No. 1 by Mu Suli from Jiangsu Literature and Art Press, and A Late Bloomer at No. 6 by Mo Yan from People’s Literature Publishing House. 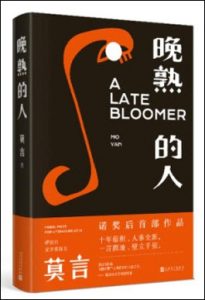 Both of those titles were published in July, making their auspicious entries onto the charts somewhat unusual, as even successful new releases in China can take several months to work their way into the Top 10.

In the case of A Late Bloomer, however, it’s not a surprise that the book is doing so well in the data OpenBook gathers, of course, because Mo is the 2012 winner of the Nobel Prize in Literature. This is his first work published since he accepted the award, and the focus of the new work is on his hometown of Gaomi, in Shandong Province.

In fact, Mo writes in A Late Bloomer about what it was like to return home after becoming a Nobel laureate, but the book—said to read like a memoir—actually has fictionalized elements, hence its presence on the fiction chart. That’s not a surprise, of course, the Nobel committee having cited his “hallucinatory realism” in “merging folk tales, history and the contemporary.,”

On the release of his new work, Mo said, “Because of the 2012 Nobel Prize incident, my identity as a writer has added a more complex color.

“In today’s business society and online information society, when a person with such an identity returns to his hometown, the people and things he encounters are much richer than in the past.” 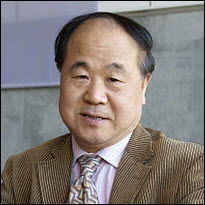 So, it might be added, are that person’s fortunes. Mo Yan opened an account on Chinese social media platforms on September 3 with a short video introducing the new A Late Bloomer. The video drew more than 31 million views on the same day, Rainy Liu at OpenBook tells us. “In this era,” she says, “the enthusiasm for short video can be converted into business opportunities”—which is obvious, of course, in the 800 million active users said to be fans of the recently controversial TikTok platform.

And as the annual midsummer burst of student reading lists eases, some of the previous high-riders such as Red Crag by Luo Guangbin and Yang Yiyan from China Youth Press have taken their traditional seasonal tumbles, Red Crag diving 11 points from No. 6 in July to No. 17 in August.

Overall, OpenBook’s staffers report market improvement in August, as the coronavirus COVID-19 pandemic conditions in much of China have become relatively more stable.

Nonfiction, they say, is benefiting from publishers’ and authors’ growing awareness of the potential for social-media marketing of key titles, as referenced in our report last week on the Beijing conference this month. 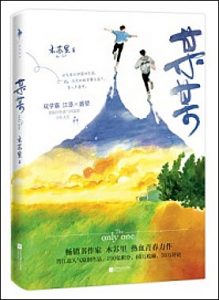 The South China Morning post has a report from Alice Yan in Shanghai in which she reports that Yannan province’s outbreak of new cases is drawing a “wartime mode” response, in an effort to halt the contagion there quickly. The region is near Myanmar, which itself has had a rise in cases.

While Phase 3 trials of a vaccine development reportedly are going well, Yan writes, Huashan Hospital infectious disease specialist Zhang Wehnhong is warning that deployment of a vaccine could take a year in itself and that “Now that Europe is having a second wave, it is inevitable we will see a second wave of infections” in the winter.

China has 585 publishers in operation today, according to the Publishers Association of China.

Most of them, Trajectory CEO James Bryant clarifies, are government-owned. Private publishers are required to generate ISBNs for their titles from a publishing company that is government-owned—which, in other words, creates a system in which all ISBNs are in one way or another registered through government channels. The government approves each book published in China.