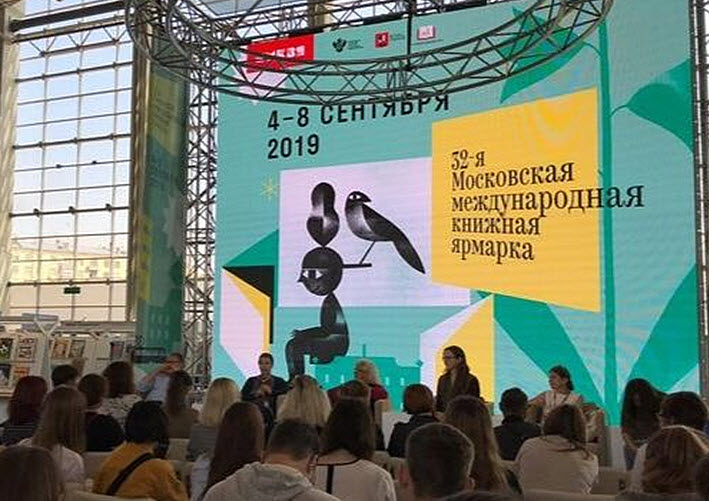 Still planning to mount a first children’s book fair in Moscow next year, BolognaFiere is ‘in’ Moscow this week but primarily digitally.

Ahead of Next Year’s New Children’s Show

Last year, Bologna Children’s Book Fair held its first collaborative effort with Moscow International Book Fair, and this year the Italian program is again engaged in the fair, which runs through Sunday (September 6). (The site of the Moscow fair seems to have lost its “slider” at the top, but if you scroll down,  you can find the rest of the content.)

The 33rd Moscow fair this week is holding both physical and digital events. Visitors are to wear masks and gloves at all times in order to gain access with tickets that cost between 50 and 150 rubles (US 66 cents to $1.99). Entrance without mask and gloves is “prohibited.” Everyone is required to stay 1.5 meters apart (five feet). A stand can have only one representative of its exhibitor at a time.

Bologna’s plans this year include one of its “Illustrators Survival Corner” three-day marathons. Not unlike the “hackathons” popular among coders in recent years (but a bit tired now), this is a long, concentrated stretch of instructional seminars and portfolio reviews

Much of the Bologna cooperation this year, however, is given over to digital discussions, of course, and—as we outlined last year—is working up to next year’s first iteration in 2021 of the Moscow International Children’s Book Fair, which BolognaFiere is to produce with the Moscow organizers. 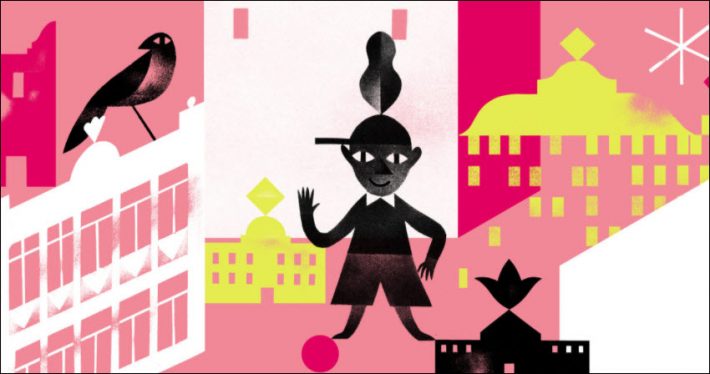 An online “exhibition” is included this year on the Moscow site, New Ethics and Contemporary Children’s Literature. Too short to gather much heft, it’s a couple of paragraphs’ worth of commentary on two books by each participating specialist.

For example, Alexandra Kuvshinova, a childhood sociologist, tries to look at gender stereotype reversals in young readers’ material, but has so little space to devote to her thoughts that nothing remarkable comes of it, though she has pictured two interesting looking reads: 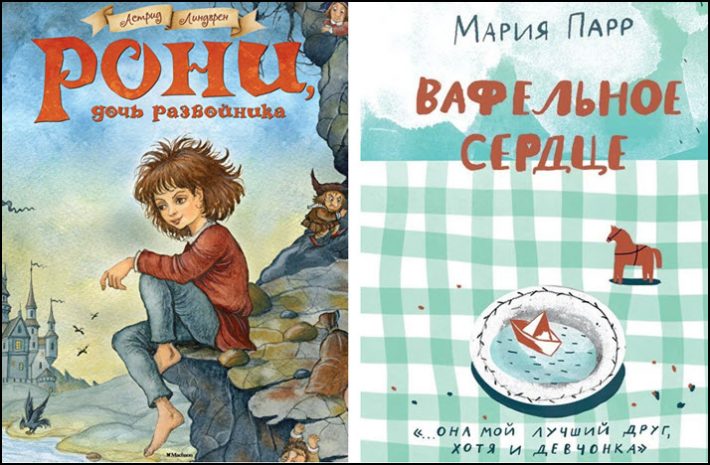 There also are audio clips from speakers in a session called “Behind the Scenes: Nonfiction Book Projects and Stories of Their Children.”

These may be quite interesting for Russian-speakers but–as with the difficulties many had with Bologna’s own digital outing in the spring which was spoken mostly in Italian–international professionals who might have been engaged seem to be out of luck.

In many digital efforts, programs that in real life (IRL) wouldn’t think of not providing translation, seem to think it’s fine to dispense with it online. That’s a mistake when you have the chance—not achievable in physical settings—to draw a fully internationalized audience without travel.

Bologna’s much-traveled Gianni Rodari retrospective is reported to be in Moscow this week and probably near the end of its long tour.

Next year’s event is expected to include, we’re told, a world congress of the IBBY in Moscow, which may indeed make the show–assuming viral conditions have improved–well worth the trip. 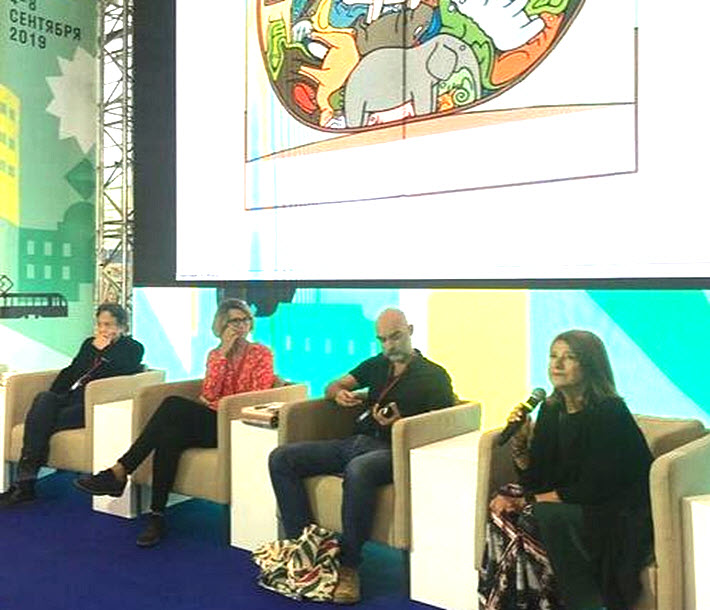 More coverage from Publishing Perspectives related to Bologna International Children’s Book Fair is here. More from us on the Russian market is here. And more from us on children’s books is here.