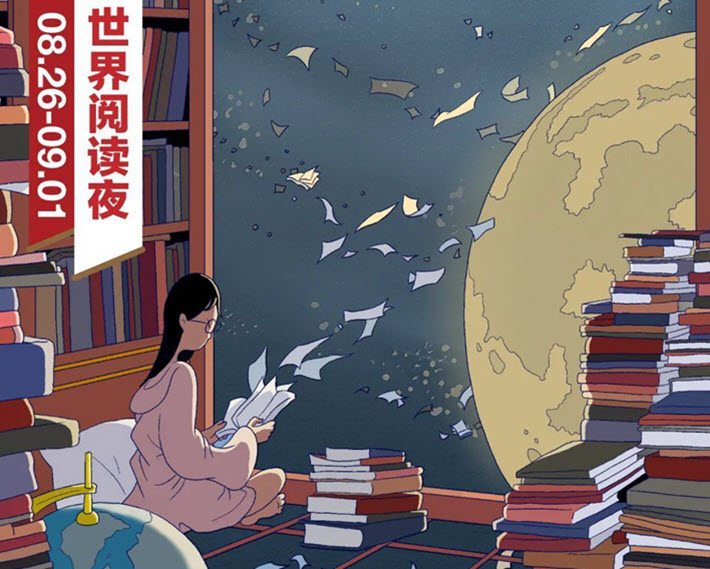 With a reading festival already under way for a month, the 2020 Beijing Book Fair opens ‘phase one’ of its online evocation.

Branding can be a friend or a foe, and time will tell whether the Beijing International Book Fair’s decision—as we reported in mid-July—to call its digital iteration “Smart BIBF” works out as hoped during the ongoing coronavirus COVID-19 pandemic.

Time is one of the things that can become tricky to handle when we take publishing’s physical trade shows into cyberspace. How do you capture and hold your target audience if your event starts to look like a “forever trade show” and its key features—normally compressed into a hectic five days or so—are spread out across months?

Perhaps the riskiest element of this for Beijing is its new slogan: “An All-Year-‘Round International Book Fair.” When something is established as being available all year, do its usual participants feel a need to do anything now? Or do people tend to think that there’s plenty of time, no rush, no inflection moments, and certainly no plane to catch?

Beijing is not alone. Trade shows operating digital iterations of their usual formats are normally providing extended rights-trading components, available for many months and, presumably, as a digital sidecar to physical events once they resume in our vaccinated future.

But the Beijing fair’s approach to its events may be an interesting test of how organizers can manage that greatest of all assets in the digital age: user attention. 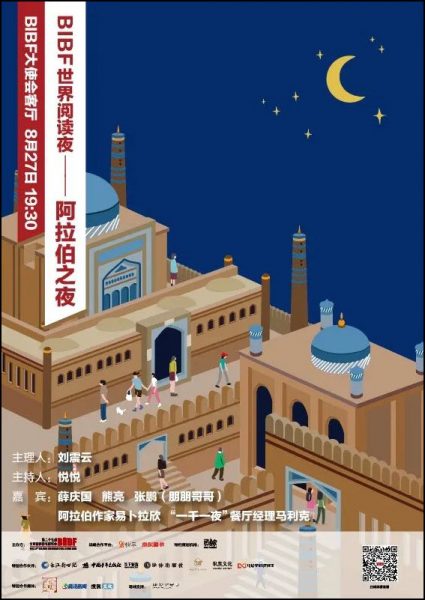 A poster for the Beijing show’s ‘Arab Night’ in August. Image: BIBF

For example, while the show began its operation on Wednesday (August 26), its professional program opens September 26. Media messaging at the moment tells us that users can arrange online meetings “until October 26 but the ‘Smart Rights Link’ will remain operational until December 31′”—with no explanation of why there would be a cutoff of meeting-making on October 26 if the functionality goes on to the end of the year.

You can scroll through the Exhibitor roster here.

Much of an online “BIBF Global Reading Festival” has taken place already, between August 6 and 27—with input from cultural and publishing institutions in several parts of the world. Themed events—a “British Night” and “Arab Night”—were focal activities during the series of Chinese-language programming.

Publishing Perspectives is told that “British Night” featured two hours of presentations in association with the British Council on Shakespeare, Alice in Wonderland, and more. A featured speaker was Wang Ruiqin, an editor who worked on the Harry Potter canon in its translation for China’s marketplace.

For “Arab Night,” the Emirati author Ibrahim Al Marzouqi spoke to the online audience about his novel published in 2019 in China (Yi Tian), and he offered recommendations for further reading from the Arab world during his session. 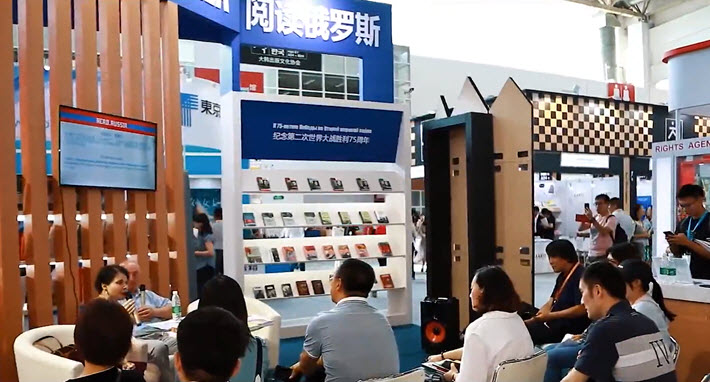 On a stand at the 2019 iteration of the Beijing International Book Fair. Image: BIBF

Running for five days in September, the professional program is to include “matchmaking roundtables” divided into: 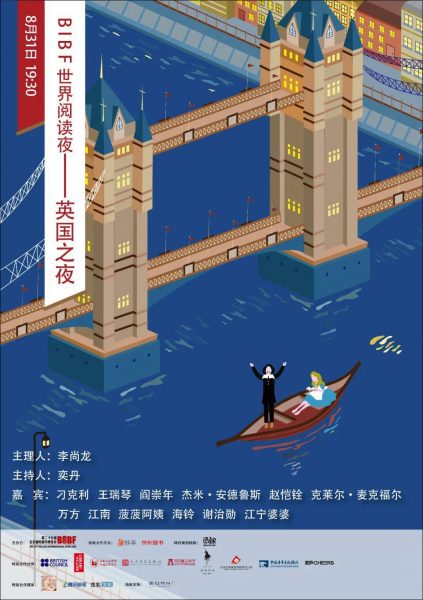 A poster for the Beijing show’s ‘British Night’ in August. Image: BIBF

And as for the “Smart Rights Link,” as this show’s rights-trading facility is being called, the show’s organizers say that more than 1,000 exhibitors from 68 markets have uploaded at least 23,000 titles to an online catalogue.

It’s reported by the company that there are 97 new exhibitors this year, but it’s not evident from news being offered at the moment how many previously engaged exhibitors are participating this year, as the digital evocation of the Beijing event goes forward.

Last year’s figures included a reported 2,600 or more publishers from 95 countries and regions. The 97 new exhibitors, we can assume, were previously not engaged, but it will be interesting to learn how many of last year’s 2,600 publishers have participated in this year’s online edition? The fair’s site lists “2,600 exhibitors,” but we know this is last year’s figure, thanks to the good efforts of the media office. And we’re looking forward to updated figures as to how this effort develops.

For those looking to become involved, there are dates and other guidelines in an FAQ provided here.

On the whole, it becomes clearer with each of the world industry’s major online events that clearly communicating what’s on offer and how to access it—and to do so in time for potential participants to understand and engage—is one of the most important elements of the process. Understandably, an event’s organizers can easily feel that their own familiarity with their content and plans make those factors evident to their potential user base–but this may not be the case. 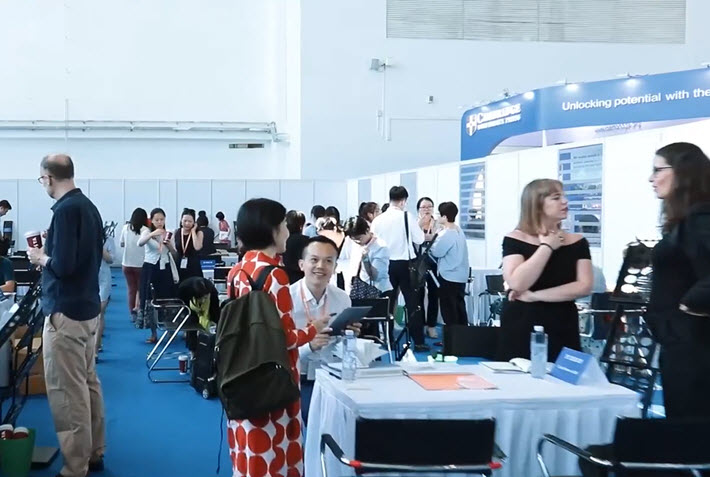 Meetings at the 2019 iteration of the Beijing International Book Fair. Image: BIBF

Liying Lin, longtime director of the Beijing fair, is quoted saying that the United Kingdom is the fair’s “biggest international client, with at least 53 UK publishers registered and nearly 1,200 titles uploaded.” 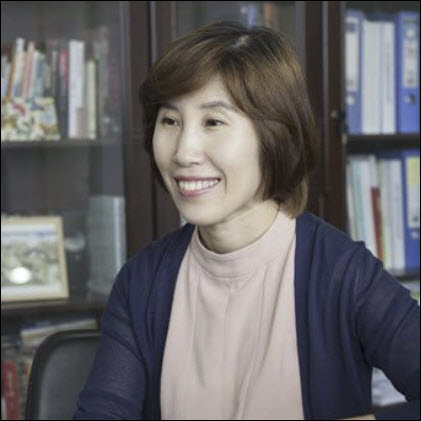 “We have several first-time exhibitors from the UK,” she says in a prepared statement, “who have taken advantage of BIBF’s move online. I Am A Bookworm and The Rights Solution are both new exhibitors who are now using BIBF’s Rights Recommendation Service.”

“Immediately following our WeChat promotion,” Lin says, “more than 800 Chinese publishers and buyers read information about their titles within one hour, and we expect them to do well as a result.

“We also have 10 publishers from Latin America who have taken advantage of the online opportunities, saving the expense of travel and accommodation, and we expect more to register soon. The publishers who have registered so far are Uruguay XXI, Amanuense, Alter Editions, Objeto, Belerofonte (Uruguary); Listocalisto, Kapelusz Editora, AZ Editora (Argentina); Somplemente and VLP agency (Chile) who between them have uploaded 187 new titles to the Rights Link.”

Other newcomers to the fair this year, organizers report, include Livraria Pedro Cardoso from Cape Verde and Vogi-Nairi Arts Centre in Armenia.

This is the Beijing fair’s 27th year and it’s produced by China National Publications Import and Export Group.