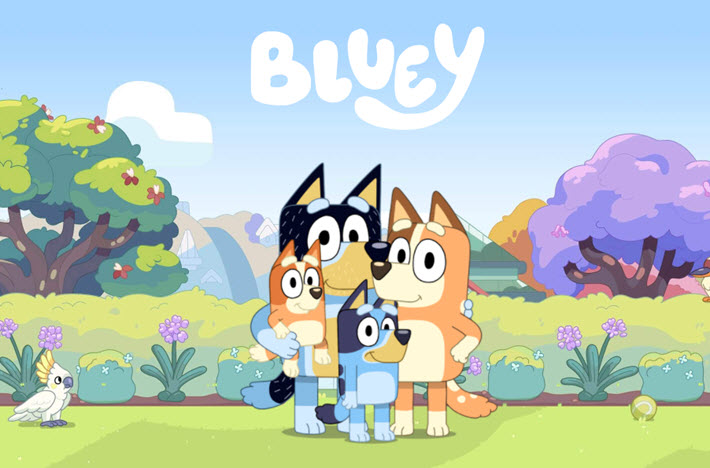 Going into the American market in October and the British market in mid-20201, the family-friendly animated series about a dog clan has a deal with PRH for its books.

As you may know, Bluey is an animated television series that was first produced by the Australian Broadcasting Corporation (ABC) on ABC Kids in 2018, the creation of Joe Brumm.

The eponymous protagonist of the show is a six-year-old blue heeler—an Australian cattle dog—who is joined by her younger sister Bingo on adventures in a city said to be inspired by Brisbane. The emphasis on family is as central or more so than the focus on Australian culture: inevitably, the standard promotional artwork involves the family unit of Bluey, Bingo, and their parents Bandit and Chilli.

The Emmy-winning program is produced by Ludo Studio, which this week has named Penguin Random House to be the “master publishing partner” for the brand, which is aimed at a preschool audience. This means that Penguin Random House holds global rights in all languages on the Bluey titles except for Chinese and territorial China.

The rollout ahead is an entry into the United States, expected to be available at retailers on October 20.

The brand is also having its books introduced into the United Kingdom, but a bit later, in the latter half of 2021 after the show is presented on Disney+.

Penguin Random House Australia holds the publishing rights to Bluey in Australia, where the books have sold 1 million copies in seven months. The first three Bluey titles, which launched in November 2019, were the second-, third-, and fourth-highest selling Australian children’s books of the year.

Since their launch, according to media messaging from BBC Studios, titles from the Bluey franchise have held the No. 1 position in Nielsen BookScan’s Australian charts a total of 24 of 42 weeks.

BBC Studios partnered in June 2019 with Disney to introduce the series outside of Australia, New Zealand, and China, including Hong Kong, Macau, and Taiwan.

The States first saw the show a year ago, in September 2019. In the American market, Bluey pulled 16 million total views on the Disney Channel and Disney Junior in the fourth quarter of last year. The show is the most-watched series on ABC iView in Australia, with around 261 million plays for season 1 and 43 million for season 2. 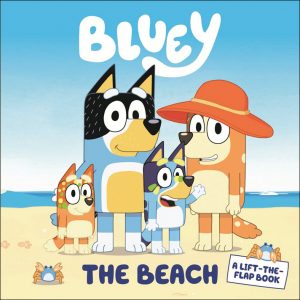 The books are award winners, themselves, having taken the 2020 Book of the Year honor for Bluey: The Beach earlier this year in the Australian Book Industry Awards (ABIA).

In a prepared comment, Jan Paterson, the head of book and audio publishing at BBC Studios, is quoted, calling the deal a way “to bring Bluey from the screen to the page for a wonderfully varied collection of fantastic story and activity books for little ones around the world.”

For BBC Studios in the Americas, Suzy Raia says, “Love for Bluey continues to grow among families with young children around the United States, and we’re looking forward to bringing the stories beyond screens into beloved books we know preschoolers will enjoy with their parents. 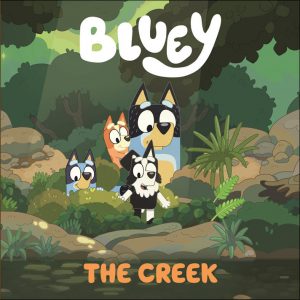 “The partnership with Penguin Random House is a wonderful addition to a growing licensing program that started with Moose Toys last month. There are many more exciting things ahead for our favorite blue heeler.”

At Penguin Random House UK Children’s division, managing director Francesca Dow says, “Bluey has a unique charm that appeals to children and adults. Her stories are full of boundless energy, brilliant adventures, and fun and, most important, are rooted in family experience, which is why they’ve been such a hit with viewers so far. Our wish is for all young children and families to fall in love with Bluey, as we’ve done.”

And Daniel Moreton, the vice president and associate producer of the Penguin Workshop, is quoted, saying, “I immediately fell in love with this new canine clan. Bluey’s unbounded imagination, adventurous spirit, and emotional resilience is matched only by the strength of the storytelling.”

The series is co-commissioned by ABC Children’s and BBC Studios. It has financing from Screen Australia with post-production funding from Screen Queensland and the Australian government.