In a straightforward discussion from Aspen Digital about barriers in the American book industry, even the concept of inclusivity was called out for assumptions about diversity.

‘Who Is Doing the Diversifying?’

Multiple efforts in diversity programs in publishing have been prompted or accelerated by the summer’s ‘racial reckoning,’ that context of intensified focus on inequality and systemic racism animated by law-enforcement atrocities and powered by peaceful protests.

With few exceptions, however—one being the courageous statement from the United States’ Association of University Presses decrying its own “white supremacist structure”—few conversations have had the kind of frank exchange that the Aspen Institute’s “Changing the Narrative” program had in late August, when “Diversity in the Publishing Industry” was its focus for an hour.

As our preview of the event laid out, the starting point for the session was a premise about the inequity of treatment by many parts of publishing of white authors and authors of color: “It’s obvious that fiction and nonfiction by Black authors are in demand. So why is the world of publishing so reluctant to offer Black writers the same major book deals typically offered to white writers?”

What developed was a meaningful and comprehensive discussion, the kind of thing that works because many of its most broadly communicative points were found in some of the most specific comments.

Adrienne Brodeur: ‘So Slow to Diversify’ 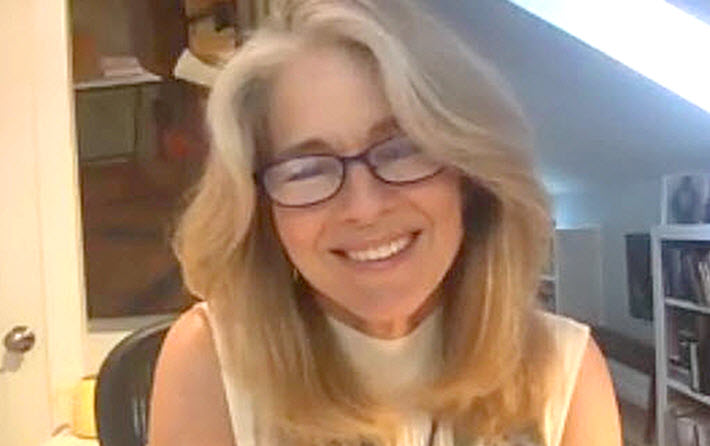 Brodeur, the author of the memoir Wild Game: My Mother, Her Lover, and Me (Houghton Mifflin Harcourt, October 2019), was able to guide her colleagues into many points of quiet, frank reflection—and frustration. (Our interview with Brodeur about her work and Aspen Words is here.)

Working in this instance with such accomplished publishing practitioners, she drew out earnest, thoughtful insights the industry needs, a saying aloud of some of the “quiet parts” that many in the book business traditionally have found it hard to concede.

For example, Brodeur asked the essential question: “Why has the publishing industry been so slow to diversify, and what initiatives need to be developed to achieve better inclusivity?” 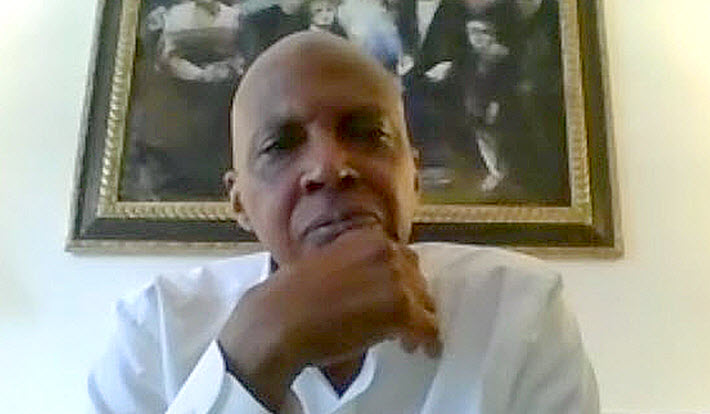 Knopf’s McDonald didn’t hesitate: “There’s so much fake news out there about publishing in general. And publishers have done such a lousy job of accounting for and describing the industry that I don’t know where to start.”

He drew a careful line between literary publishing and the much wider world of publishing in general, a place of many categories, he said, “that most people don’t pay attention to.” But he also pointed to a kind of obsession in inclusivity conversations about the top corporate executive strata of leadership in the business, which can cause publishing’s players to miss the enormous range of productivity and authority in the business as a whole.

McDonald pointed out that he was referencing a comment made by his soon-to-be Knopf colleague Lisa Lucas. (Our most recent interview with her is here, and she joins the Knopf team after November’s 2020 National Book Awards activities.)

Lisa Lucas: ‘Diversity at Every Level’ 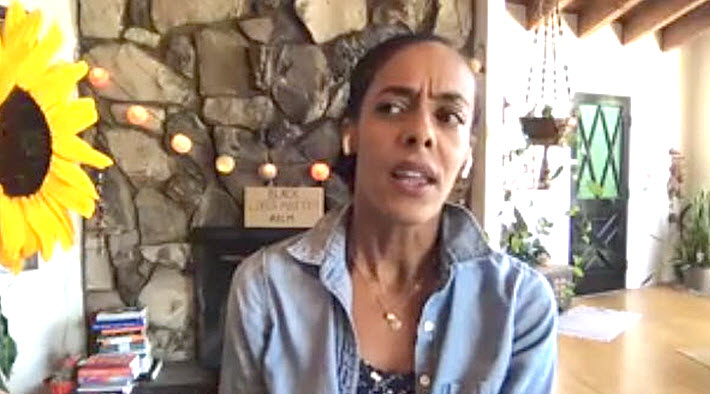 “If I had been told” when younger “that a job called ‘literary scout’ existed, I probably would have been a literary scout,” Lucas said. “As a 28-year-old, I was, like, ‘Wait, what? What did I miss?’

“We focus on the authors and editors, and we have to think about an entire team, including agents, representation.”Lisa Lucas, National Book Foundation/Pantheon, Schocken

“But it’s a complicated industry,” Lucas said. “I’m still learning. I didn’t start working at literary magazines until I was 33. So I really came from outside the industry, although I’ve been within it since then. It was a real education in all the things that no one had told me.

“I think we have to think about diversification of the industry, of course, with decision-makers and executives and publishers and editors, but we also need to think about our marketing folks, publicity folks, design people, and legal, and human resources, and sales. There are so many pieces. You look at a colophon, a title, and an author and you think, ‘a book!’ But it takes an actual enormous team to make these books sing.

“If you don’t have diversity at every level, you don’t have the checks and balances that keep mistakes from happening,” Lucas said. “You don’t have a diversity of information about where there are challenges. The blind spots are all throughout.

“We do focus on the authors and editors, and we have to think about an entire team, including agents, representation,” she said. “We have to educate people about what books are.”

Regina Brooks: ‘Would You Acquire That Book?’ 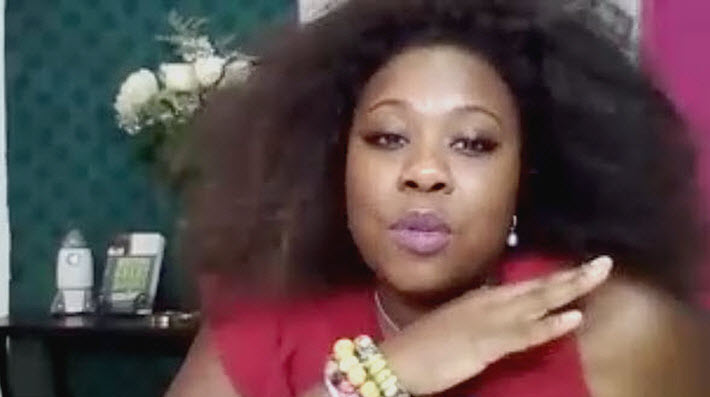 From the literary agent’s point of view, Regina Brooks—her Serendipity Literary Agency is in its 20th year in New York City—agreed that the opacity of the publishing industry is a much larger barrier than insiders remember. Almost anyone who works in or near publishing can, if honest with themselves, recall early years of confusion, a book business closed in its ways of working to the rest of the world.

“Generally the people they do buy books from and raise up are celebrities who are people of color.”Regina Brooks, Serendipity Literary Agency

And likewise, “It’s very difficult to penetrate the marketplace,” Brooks said, “if there’s a lack of understanding of the content. As a literary agent, one of the things I consistently ask of editors is that if you know there’s an audience for a book and you know the book is going to sell–but it’s not something you would pick up and read–would you acquire that book?”

Most editors will answer that if it’s something that doesn’t resonate with them and that they can’t therefore truly champion, then they’re not the best person for the book.

“So there’s a true understanding from the agent’s and the editor’s viewpoint why they may say that. But that’s a big hurdle. Because most of the people in power to make these decisions are white. And it doesn’t mean that people who are white can’t enjoy books written by people of color, but generally the people they do buy books from and raise up are celebrities who are people of color.”

And in addition to the challenge of an editorial corps ill-suited to handle diverse content, Brooks said, marketing and sales people can then face hurdles, being unprepared to position a title in for an audience unfamiliar to them. 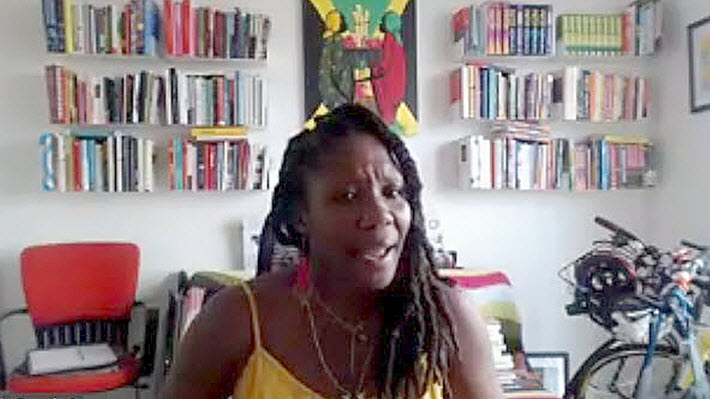 Echoing this reality from the author’s standpoint, Brooklyn-based Nicole Dennis-Benn—whose Patsy has followed the 2016 publication by WW Norton’s Liveright of Here Comes the Sun—said, “It’s important to have somebody who gets your work” in selling your work. (She’s represented by Julie Barer, “with whom I fell in love.” at The Book Group.)

“I was getting messages like, ‘Oh, it’s too commercial’ or ‘Oh, we don’t understand why a young black woman is bleaching her skin.'”Nicole Dennis-Benn, author

But even having found an agent who understood and could put across her work well, the Jamaican-born writer said, “Especially being a Black writer, tapping into very dark issues, sexuality, the person has to get it. And not many publishing houses were latching on to it. Here Comes the Sun was a hard sell.”

Katie Adams at Liveright (now working in a freelance capacity) turned out to be the comprehending editorial talent that Dennis-Benn’s work needed.

Alhough Adams is white, Dennis-Benn said, “If there were more Black editors” who could appreciate “colorism,'” it could mean that publishing’s sensitivities and capability of embracing and nourishing a breadth of voices were deepening. “I was getting messages like, ‘Oh, it’s too commercial’ or ‘Oh, we don’t understand why a young black woman is bleaching her skin.'”

As it happened, she said, nobody was getting her work, “except for two women—who happened to be white.” And those slim odds are hardly enough to support the reservoir of literature that the American industry and its vast readership has yet to really get to know.

The Problem of Naming the Problem

Dennis-Benn is happy, she said, about Lucas’ appointment to Pantheon and Schocken and about Dana Canedy’s recent appointment to lead Simon & Schuster’s flagship imprint.

But, as all of these speakers were pointing out, new light is being turned on an industry workforce that, on the whole, simply isn’t fully equipped to find, appreciate, and develop the complex American canon required by the actual multiplicity of the US market.

There’s much  more in the conversation which, thanks in part to Brodeur’s guidance, brought forward the kind of points that—as they always say about good therapy—as soon as you hear them, you know they’re true.

You hear this in the hour when McDonald speaks with real commitment about the inherent fallacy in talking of “diversity” and “inclusivity.”

And Lucas speaks to the logical pride someone in publishing might feel about talking of publishing literature by “the other”–when in fact that instantly belies the problem of selling to “another” community.

Any context of “an us-and-them environment,” she said, “still means you still believe yourself to be supreme.

More from Publishing Perspectives on issues of diversity and inclusivity in publishing is here. More from us on the Aspen Words Literary Prize is here, more on the American book business is here.

And more on the coronavirus COVID-19 pandemic and its impact on international book publishing is here and at the CORONAVIRUS tab at the top of each page of our site.