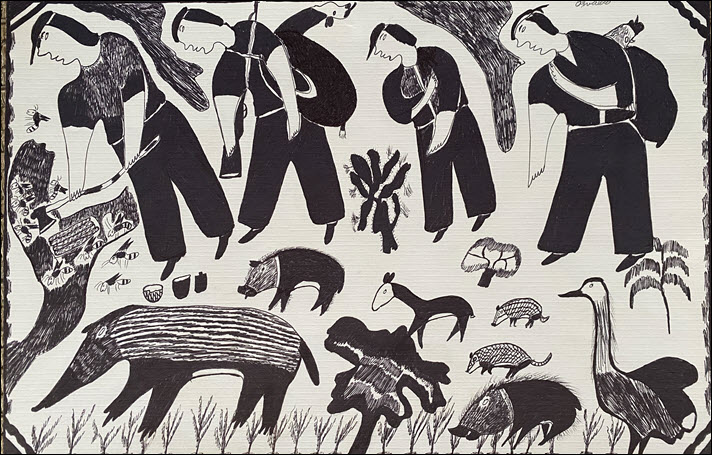 An Indigenous language used not only in Paraguay but also in Argentina and Brazil yields poetic musings steeped in tactile resonance from a tongue in which ‘word’ and ‘soul’ are the same. 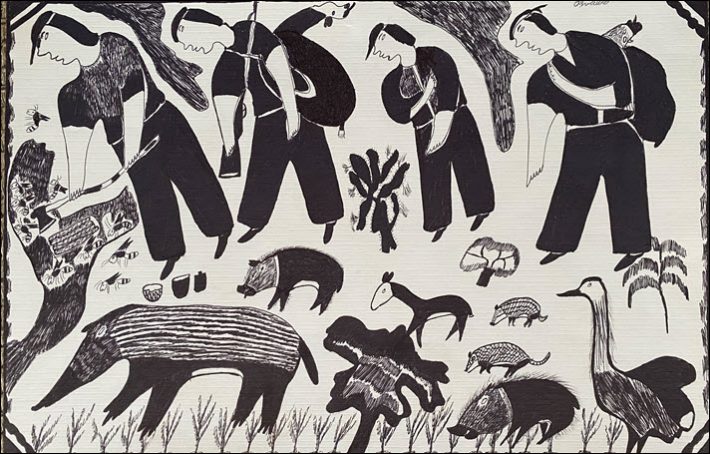 Image: Artwork of Osvaldo Piteo, courtesy of the artist and provided by Words Without Borders

One of the most widely spoken languages of the Americas, Guaraní is heard not only in Paraguay but also in Argentina, and in parts of Brazil and Bolivia.

And the late summer edition of Words Without Borders magazine is a first in its concentration on Guarani writings.

Editor Eric MB Becker has begun a series of focal editions in a new Indigenous Writing Project, working in this first installment with guest editor Elisa Taber, who is an anthropologist and writer doing PhD studies at Montreal’s McGill University, familiar to Publishing Perspectives readers as the home of the Cundill History Prize. Taber divides her time between Montreal and Buenos Aires.

Writing about the new project in Indigenous languages, Becker says, “Though we have published Indigenous literature throughout our 17-year history, the Indigenous Writing Project marks a sustained effort by the magazine to increase recognition of Indigenous writers in the Anglophone world.

“In this effort, we have engaged experts and informants to ensure that literatures that live beyond the confines of Western culture are not unduly rendered through its prism or subjected to colonialist and nationalist discourses that seek to evaluate a literature’s worth in juxtaposition to writing expressed in the dominant language of the country or region from which it comes.” 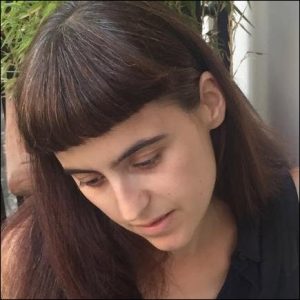 And in her introductory article, Taber illustrates that in working with Indigenous languages, you quickly encounter variants and influences that bring both texture and complexity to the task.

“Paraguay is a bilingual country,” she writes. “Most of the population speaks Spanish and Guaraní.

“However–paraphrasing Paraguayan-Spanish linguist Bartomeu Melià–the Guaraní spoken and written by the majority, although subaltern, is in many ways a colonial, Spanish language.

And while such a technical level of linguistic analysis may not be what draws you to want to read this poetic writings in their first English translations, the “linguistic, cosmologic, and poetic diversity” Taber appreciates here comes across easily in the work.

In “Dawn” by Miguelángel Meza, translated by the poet and Tracy K. Lewis, we read, in part:

In the July-August ‘Words Without Borders’ Edition

In addition in the July-August edition, Maya Jaggi writes extensively about visiting the colonial “White City” of Arequipa in Peru. She has been in touch with writers there both before the onset of the pandemic and during mitigation measures. 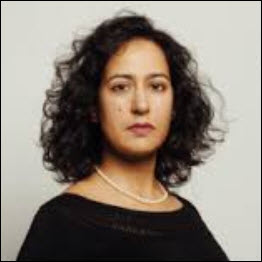 The city is the home of the late Mario Vargas Llosa and his birthplace is now a museum—all of which gives rise to many intriguing references to her interviews with the writer for various media.

“His fiction ranges across Peru’s three climate zones,” she writes, “the Pacific coast, the Andean sierra (mountains), and the Amazon jungle. Yet Arequipa’s conservatism, as a colonial city built on social as well as geological fault lines, marked his life and foreshadowed his fiction.

“And beyond the oeuvre of its most famous writer, these social, cultural, and geographical fissures run deep throughout the literature of Peru.”

More from Publishing Perspectives on ‘Words Without Borders’ is here, and more from us on translation is here. More on the coronavirus COVID-19 pandemic and its impact on international book publishing is here and at the CORONAVIRUS tab at the top of each page of our site.