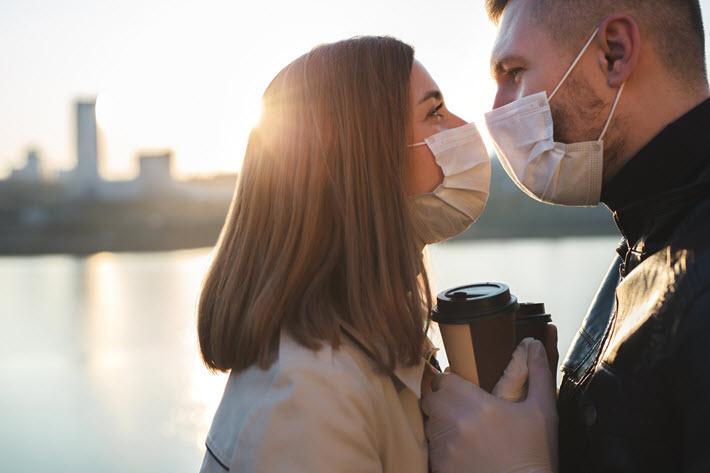 Unit sales of romance ebooks ‘increased 17 percentage points from January through May 2020’ in the US trade market, per NPD Books

‘While Waiting Out the Pandemic’

Further to our report Tuesday from NPD Books‘ Kristen McLean on the 16-week run of gains in the US market since the springtime brunt of the coronavirus COVID-19 pandemic, the NPD Group’s research team has broken out a separate look at trade-published romance in the United States relative to market conditions around viral-spread mitigation efforts.

And while in terms of content, some fear that the market is headed for a high tide of woefully predictable love-in-the-lockdown plots (and not just in romance), the view from the business standpoint is interesting.

As McLean reminds us, since 2012, traditionally published romance has been in “a steady decline.” Much of this, of course, parallels the rise of self-publishers’ entry into the velvet-roped arena.

If there’s a category in which self-publishing can claim to have walked away with the goods, it’s in low-priced romance ebooks, consumed by enviably loyal readers often at a rate of several titles per week. 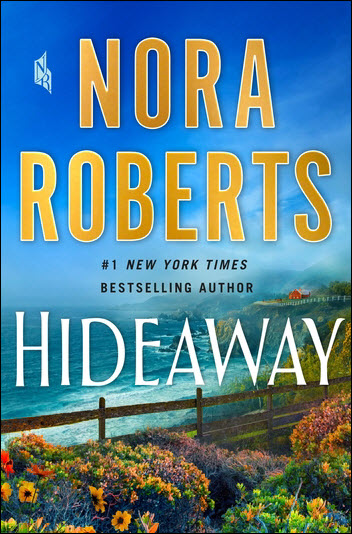 The COVID-19 lockdown stage in the United States, however, “helped to lift the category’s ebook sales,” McLean’s report says.

“Unit sales for romance ebooks,” she writes, “increased 17 percentage points from January through May 2020. In all, 16.2 million romance ebooks and print books were sold during this time period.”

Total romance book sales in the trade—which had declined 11 percent in January 2020 over January 2019—began trending upward in March.

The category showed strong growth through the acute COVID-19 shutdown period, with print and ebook sales closing slightly higher—0.1 percent—in May, because of an impressive rebound in ebook unit sales.

Those unit ebook sales rose 17.4 points from January through May 2020. This meant that ebooks made up 60 percent of romance category sales, and romance ebook unit sales increased 10 percent between January and May 2020.

New Releases in the Lead 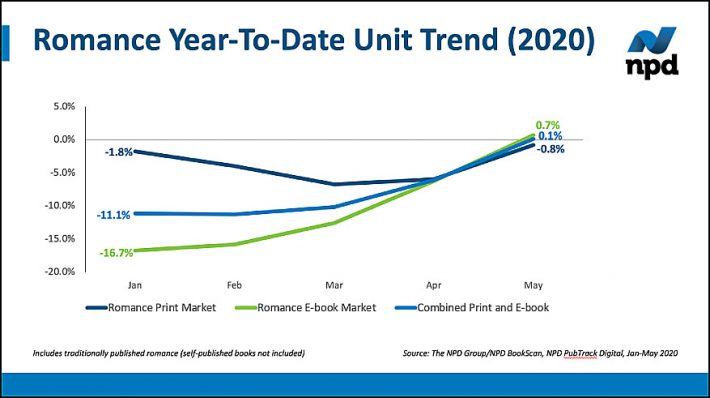 In breaking out growth subjects, McLean sees historical romance in the lead on a unit basis, both in print and ebook formats, “but top-selling ebook titles differed from print sales leaders.”

In her comments, McLean says, “With brick-and-mortar retail bookstores closed in the States this past spring, ebook sales—which have always been stronger for romance than in other categories—really took off. 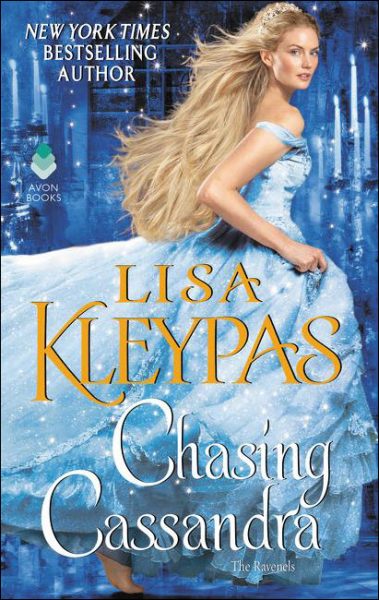 And if you look at the six leading titles McLean is pointing to, you see that five of them were released in January, February, or May. That indicates that there may have been some promotional support for them during the lockdown period, which may have helped draw attention to them for browsing online consumers.

As the interest now in the wake of the Bookwire report is to monitor whether digital adoption appears to remain elevated since the mitigation era, it will be interesting to watch the fortunes of trade romance to see whether it has gained a lasting boost from the spring mitigation stages of the American response to the virus.