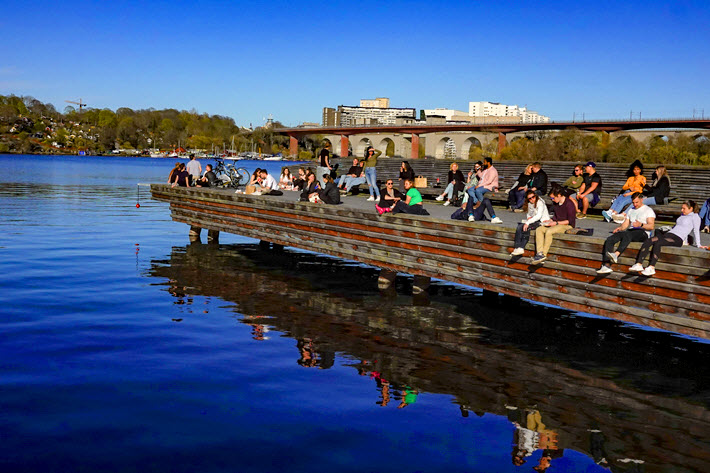 In audiobooks and ebooks, Jonas Tellander’s Stockholm-based Storytel saw a decided increase in its digital business during the pandemic second quarter, but how lasting the boost may be is uncertain.

Tellander: A Question of Long-Term Loyalty

As world publishing leaders speculate on how lasting the rise in digital publishing sales will be after the coronavirus COVID-19 pandemic, the second-quarter report issued Tuesday (August 11) by Storytel in Stockholm is another indication of how the contagion may be accelerating the adoption of ebook and audiobook usage by readers.

Certainly, subscription services like Storytel can be expected to remain one of the most accessible and logical entry points for consumers who have looked for alternatives to print during the pandemic’s mitigation efforts in various parts of the world.

Storytel CEO Jonas Tellander, in his message to shareholders, is sharply cognizant of the dynamic here and his company is watched by those trying to read the digital tea leaves on this—not least because the 20 markets into which he has moved so far are responsive not only to audio and ebooks as formats but to subscription models, with which many in the wider trade industry have had an on-again, off-again relationship.

“In a world with restricted liberty of action due to the effects of the COVID-19 pandemic,” Tellander writes, “reality may sometimes seem gated, distant or even unreachable. In times like these, it is essential for Storytel, and our leading offering of storytelling, to be a safe haven in daily life.” 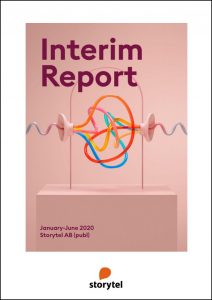 As usual, it’s important to remember that the great bulk of Storytel’s business remains in the Nordic markets, in which audio, ebooks, and download distribution have been adopted much more rapidly than in many other parts of the world. On average, the Nordic markets had 833,000 paying subscribers, a formidable majority of the company’s overall subscriber base, during the second quarter.

By contrast, the non-Nordic average subscriber count in Q2 was around 424,000, up 55,000 over the first quarter of the year and right on target for what had been projected for the quarter by the company. Does this mean, then, that in other parts of the world, the pandemic’s conditions did not drive more new activity than might have been foreseen otherwise? At this point, that seems unclear.

“On many non-Nordic markets,” Tellander is telling shareholders, “we do not yet benefit as strongly from these effects leading to higher churn when onboarding new customers, but we expect to see concrete improvements from our optimized subscription offerings in the coming year.” In short, there may be signals that outside of digital-friendly Nordic markets, subscribers jump in response to virus-driven conditions, but then exit subscriptions as reopenings are attempted.

“With a challenging economic outlook and downward pressure on GDP in these countries recovering from lockdowns, forecasting subscriber base developments is more complex.”Jonas Tellander, Storytel

Tellander captures this nicely, saying, “Our exceptional growth in the second quarter on some non-Nordic markets like Russia, Turkey, India, and Italy has rendered a large share of subscribers who have yet to develop their long-term loyalty to the brand that comes with continuous usage of Storytel.”

And he points out that the issue is more than just a question of adopting and sticking with digital reading and listening.

It also has to do with discretionary income under the economic pressures of the pathogen’s impact: “With a challenging economic outlook and downward pressure on GDP in these countries recovering from lockdowns,” he writes, “forecasting subscriber base developments is more complex.”

For the moment, then, Storytel is holding on to previously set long-term targets, reiterating them from January as an outlook for 35 percent in revenue growth, calling for 4 million subscribers and 5 billion kroner in streaming revenue in 2023.

In this new report, Tellander looks at an average 833,000 paying subscribers in the Nordics in Q2 2020, a handsome 7,000 beyond what had been forecast and perhaps indicative of coronavirus-related consumer activity.

Keep in mind that Sweden itself has been among the least-locked-down societies in the world, in pursuit of a controversial bid for herd immunity that—while debatable from the public health standpoint—has meant that the core culture was being less impacted by shutdowns and restricted movement than many if not most other parts of the world. 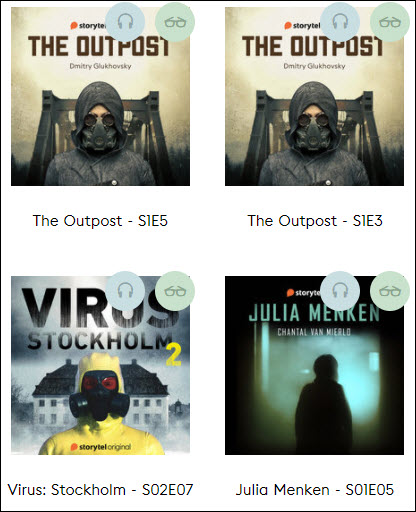 Sweden, in today’s most recent report from the Johns Hopkins Coronavirus Resource Center, stands at 83,455 cases in a population of only 10.2 million, with 5,774 fatalities. And other Nordic markets also have had comparatively contained and limited lockdown measures. Denmark, for example, was “first in, first out” after a mere four weeks, not least because of a quick start on closing down its economy.

In terms of favored content, Storytel sees true crime’s popularity continuing in most of its markets, “as do dystopian stories like the big Storytel Original success Virus by Daniel Aberg, which launched its seventh and final season on the Swedish market in May.”

You may want to think twice before proclaiming that readers want to escape from the crisis of the moment, if something called Virus is what they’re into. Similarly, in the news business, press agents tend to like to declare that readers crave “happy news,” but we know that what they’re reading is the pandemic. And we can’t help but notice—in these strange days of resistance to mask-wearing—that only in the fifth, sixth, and seventh season does promotional artwork show the inevitable pretty female on the seven seasons’ covers start to #MaskUp.

An interesting rights development lies in those Storytel Originals—some of which are developed for markets in which local-language content is thin in  audio formats when the company arrives. Tellander announces that the company’s international rights team has sold at least 10 options to Swedish production companies from its collection of about 60 Originals works so far, and that, too, was during the second quarter.

And on the financial front, Tellander reassures shareholders, “Our plan to take a couple of more markets to profitability this year remains.

“At the start of 2020, four Storytel markets (Sweden, Denmark, Norway, Iceland) were profitable on a local level, excluding global costs. In Q1/2020, we added the Netherlands to this group. In Q3/2020 or latest Q4/2020 we expect Finland to turn profitable.