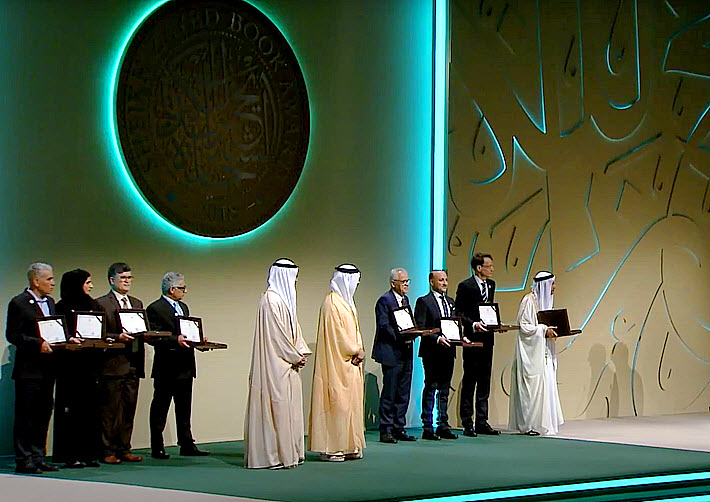 A moment in the 2018 prize ceremony for the Sheikh Zayed Book Award in Abu Dhabi. Image: SZBA

Submissions for the Zayed Award Continue to October 1

As Publishing Perspectives readers know, the Abu Dhabi-based Sheikh Zayed Book Award‘s “scientific committee” is at the center of the 7 million dirham annual program (US$1.9 million).

The scientific committee functions to appoint jury members for the nine prize categories of the program and to oversee the cultural and textual integrity of one of the world’s wealthiest awards in literature. The scientific committee reviews and approves the judges’ selections before submitting them to the board of trustees to be officially endorsed as winners of the Sheikh Zayed Book Award.

Having last announced a committee restructuring in November 2018—prompting our interview from February 2019 with Spain’s Paula Santillán Grimm, PhD, a specialist in teaching Arabic as a foreign language—the Zayed program on Tuesday (August 11) announced a new restructuring, which sees four new members appointed to the committee.

“The restructuring of the scientific committee,” says Zayed Award secretary-general Dr. Ali Bin Tamim, “comes from our commitment to ensuring that all aspects of the prize are adequately fulfilled and overseen, and that we’re up to date with the latest developments in the fields of writing, research, and creativity.

“The way that we can best support the award and ensure its continued progression and development,” says bin Tamim—who is also chair of the Abu Dhabi Arabic Language Center—”is by continually recruiting fresh voices, top Arab and international experts who will innovate and build on the formidable legacy of their predecessors who served on the committee.

“The success that the Sheikh Zayed Book Award has achieved to date is a testament to the exceptional efforts of the members of the scientific committee in past years, with the support of the board.”

New Appointments to the Scientific Committee 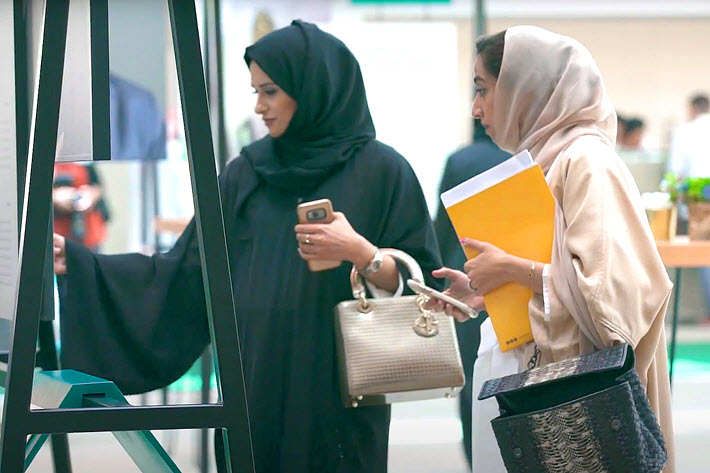 A recognized French authority in the history of Arabic sciences, medieval philosophy, though, and epistemology, Floréal Sanagustin is an emeritus professor of Arabic language and literature at Université Lumière-Lyon. 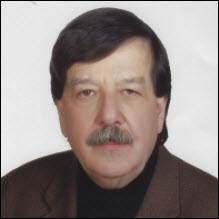 He has published 12 books and 28 articles in the subject area and served as scientific director in medieval and modern Arabic studies at the French Institute for Middle Eastern Studies and as jury president for the Capes d’arabe competition.

Sanagustin was president of the French Association of Arabic Scholars and Academics from 1995 to 2002. Since 1995, he’s been a member of the French University Committee for Arabic Studies.

In a prepared statement, Sanagustin says, “It is with immense pride that I’m now involved with such an important part of the United Arab Emirates’ literary scene.

“The acquisition and application of knowledge has never been more important than it is now, so it’s wonderful to see this award program go from strength to strength and have a central role in its success.”

The vice-president of South Valley University in Qena, Egypt’s Mohammed Abu Al Fadl Badran is Cairo’s former secretary general of the council for culture and chief of the general authority of cultural palaces. 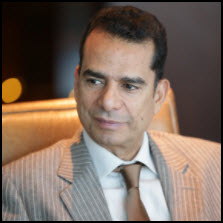 His PhD is from Asset University (1990) and he teaches Arabic literature at Germany’s Bochum University.

A former recipient of the Humboldt Foundation scholarship, Badran’s university work has included work at the United Arab Emirates University.

On being appointed to the Zayed scientific committee, Badran is quoted, saying, “This really is the noblest of causes, and it will be a pleasure to devote my time and energy to furthering the positive impact of the Sheikh Zayed Book Award, which is one of the world’s most prestigious.

“Extremely well funded, it’s an inspiration to authors and helps set them on the path to success by providing a perfect launch pad for the careers of those who demonstrate world-class talent.”

Badran’s poetry has been published in Arabic and German newspapers and magazines. His dissertation at Qena, in fact, involved poetry: “The Role of Poets in the Development of Literary Criticism.”

Based in Berlin, Mustafa Al-Slaiman has served in Germany’s ministry of foreign affairs and has worked as a tutor of Arabic language and culture on the faculty in arts and humanities at the University of Passau. 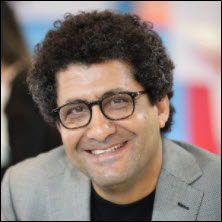 Al-Slaiman is a translator, a cultural mediator and conference interpreter, and his articles and essays have been translated into multiple languages as he organized readings and other literary events in Germany.

“For the past 11 years,” he says, “I’ve been overseeing literary translations from German into Arabic for the Abu Dhabi department of culture and tourism in the emirate’s Kalima Translation Project.

“I also act as an adviser for the Abu Dhabi Book Fair. So for me, personally, this is a truly wonderful development and I’m extremely happy to be joining such distinguished company.”

At Johannes Gutenberg-University in Mainz, Al-Slaiman has worked as a lecturer in interpretation and translation on the faculty of applied linguistic and cultural sciences at Germersheim.

Khaled Al-Masri is based in the United States at Swarthmore, a college in Pennsylvania, specializing as an associate professor in Arabic language and literature. 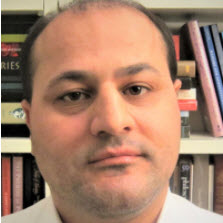 He’s the translator, Arabic to English, of two books about the Sheikh Zayed Grand Mosque at Abu Dhabi and oral history of the UAE, and he concentrates in his academic work on themes of war, violence, and migration.

“To be able to contribute in the nurturing of true creative talent in the Arab world is a privilege I’ll never take for granted,” Al-Masri says in his prepared comment on the news of his appointment to the scientific committee.

“I hope that the experiences I have had in the United States will be of great benefit going forward, and I eagerly look forward to joining my colleagues on the committee.”

You can review the 2020 digital Sheikh Zayed Book Award prize ceremony program in this video.