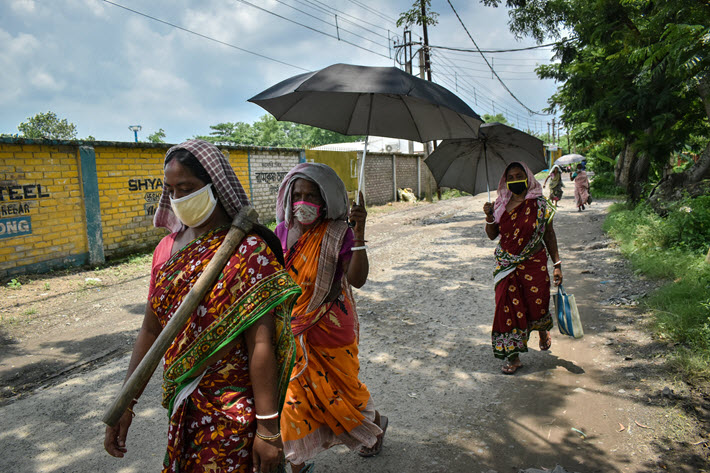 Both for Penguin Random House’s Indian and Southeast Asian catalogues, a new distribution deal with IPG and Trafalgar Square is to sell content into North America, the UK, and the EU. 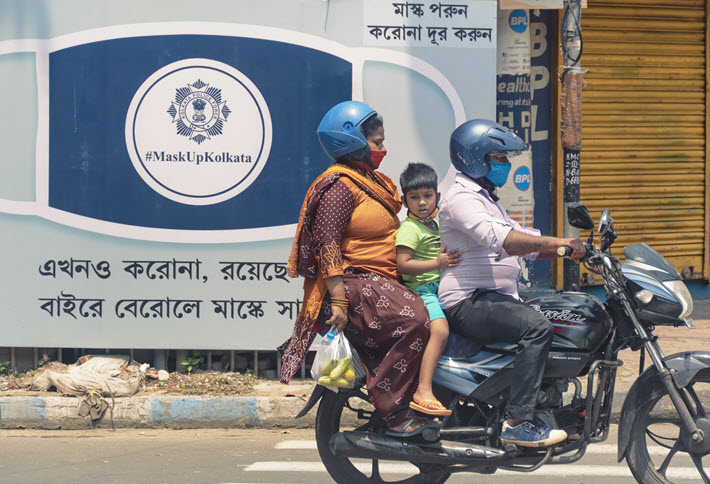 A family rides past a police banner for a #MaskUpKolkata campaign in India on July 26. Image – iStockphoto: Suprabhat Dutta

PRHI’s Shrinagesh: ‘To Open Up the Indian Subcontinental Market’

News from our brief summer break in publishing, Penguin Random House India announced on August 5 that it has signed a new distribution partnership agreement with Independent Publishers Group (IPG), the book sales and distribution company based in the United States.

This new partnership is intended to enable Penguin Random House India to exclusively sell and distribute titles published by over 100 international independent publishers, who are a part of IPG, in the Indian subcontinent, effective immediately.

Under that contract, Trafalgar Square will manage the sale and distribution of all the titles that have world rights in the United States, its territories, Canada, the UK and the European Union. This applies to catalogues both of Penguin Random House India and PRH Southeast Asia, which is based in Singapore.

Together, this news sees two major divisions of the world’s largest publisher arranging to sell into several of international publishing’s most prominent and richest markets.

“Partnering with one of the largest book distributors in the world will open up the Indian subcontinental market to a wide array of books and writings.”Gaurav Shrinagesh, PRH India

Gaurav Shrinagesh, the CEO of Penguin Random House India and PRH Southeast Asia, in a prepared statement, is quoted, saying, “Partnering with one of the largest book distributors in the world will open up the Indian subcontinental market to a wide array of books and writings.

“Our partnership with IPG ties in well with our aim to ensure that readers have a range and quality of written work to choose from. Simultaneously, our arrangement with Trafalgar Square Publishing will widen the readership of our titles originating from the India and Southeast Asia markets.

“We’ve published remarkable books, and they’ll be a valuable addition to any reader’s list. These partnerships present the opportunity for books to transcend borders, and for us to explore new sales channels, understand new markets, and gain valuable insights about consumers.”

Joe Matthews, CEO of IPG, says, “This partnership with Penguin Random House India is very exciting for our company and aligns with our continued expansion and global reach.”

Sorting Out the Players

Returning home from work on the outskirts of Kolkata on August 8. Image – iStockphoto: Sudipta Das

It’s the distributor of more than 100 publishers from the UK, Australia, New Zealand, China and Germany, representing more than 20,000 titles.

IPG, the corporate parent of

Trafalgar Square, was founded in 1971, and describes itself as the first organization specifically created for the purpose of marketing titles from independent presses to the book trade.

Today, IPG’s reach in the book market includes the distribution of both print and ebooks from both digital and traditional publishing houses.

Some of the independent presses that are a part of IPG are Cornell Publishing, NBM Graphic Novels, Project Management Institute, and university presses including Auckland, Canterbury, and Victoria.

Scott Hatfill, IPG’s director of international sales, is also quoted, saying, “The team at Penguin Random House India will enable us to provide our publishers access to all channels within India utilizing their market intelligence and knowledge.”

“We’re pleased to announce such a key partnership during these unprecedented times.” 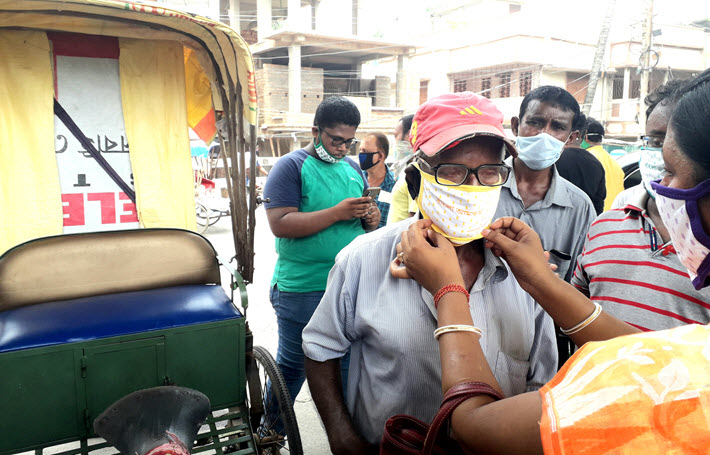 Hatfill’s mention of “unprecedented times” brings into focus the darkening picture of India’s battle with the coronavirus COVID-19 pandemic.

Shilpa Jamkhandikar and Nidhi Verma report for Reuters from Mumbai and New Delhi that a single Hindu temple has had more than 700 cases detected in staff members in the past two months, and on Monday (August 10), the nation’s caseload moved past 2.2 million.

At this writing, the 10:35 a.m. ET update (1435 GMT) of the Johns Hopkins Coronavirus Resource Center places India third among nations in the world, with 2,268,657 confirmed cases of the contagion in a population of 1.4 billion, and 45,257 deaths. That death tally makes it fifth in the world for COVID-19 fatalities, after the United States, Brazil, Mexico, and the United Kingdom.

More from Publishing Perspectives on Wattpad is here, more on Penguin Random House is here, and more from us on India’s market is here. More from us on the coronavirus COVID-19 pandemic and its impact on international book publishing is here and at the CORONAVIRUS tab at the top of each page of our site.