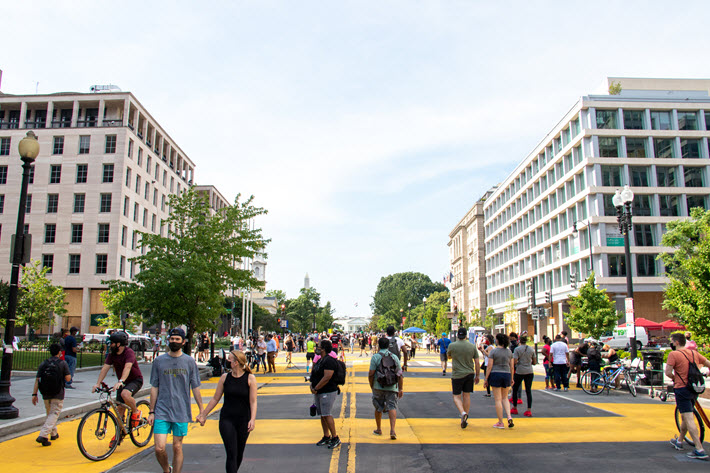 The publication of Brian Stelter’s examination of Donald Trump and Fox News opens a new round of election-season books, politically charged titles buoying the adult nonfiction US market. 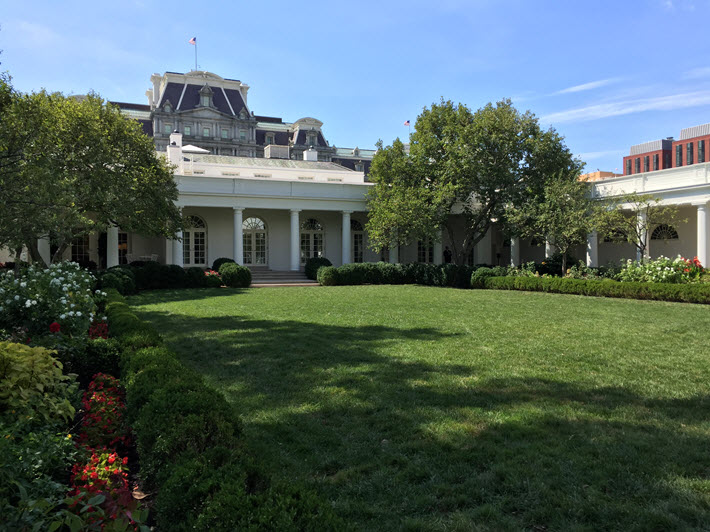 That already tight relationship between politics and books is getting only more intimate this autumn, as the US general election season seizes the attention of millions, in the States and elsewhere. With 69 days to go to the November 3 vote, the popularity of politics-related books in the US market was noted last week by NPD Books’ Kristen McLean.

For the week ending August 15, she has spotted adult nonfiction again inching upward—this time by 0.6 percent—not least because Simon & Schuster’s Too Much and Never Enough: How My Family Created the World’s Most Dangerous Man by Mary L. Trump, the niece of Donald Trump, hit 1 million print unit sales in NPD’s BookScan.

That book is sure to have another handsome bump in sales because of the revelation of Mary Trump’s tapes of Donald Trump’s sister, the former federal judge Maryanne Trump Barry, swearing about the president’s “change of stories. The lack of preparation. The lying. Holy shit.” Here’s Michael Kranish’s Washington Post story that broke the news of the tapes—a ninth-week dream of any book publicist.

And in the age of coronavirus COVID-19 pandemic production, the story of books and politics doesn’t lie only in the latest hot release. 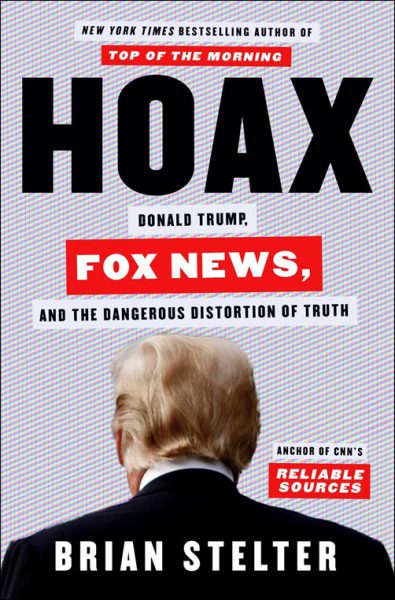 Nevertheless, as the pace picks up, the new-book chute is getting noisy with politically charged titles, and today’s (August 25) big harbinger of what’s to come is Brian Stelter’s Hoax: Donald Trump, Fox News, and the Dangerous Distortion of Truth (Simon & Schuster/Atria/One Signal).

Stelter is the chief media correspondent for CNN. Formerly a media reporter for The New York Times and author of Top of the Morning: Inside the Cutthroat World of Morning TV (Hachette/Grand Central, 2013), he now hosts the network’s weekly spotlight on the news media, Reliable Sources, and is executive producer of the HBO documentary After Truth: Disinformation and the Cost of Fake News.

He’s been a relentless critic of the development fo Fox during the Trump administration as a kind of state medium. So close is Trump to the leading opinion-show anchors at Fox, Stelter argues, that, as he quotes one Fox News insider saying in his book, “Trump is like Fox’s Frankenstein. They helped make him and he’s out of control.”

In a copy of the book provided to Publishing Perspectives just before today’s embargoed release, we read: 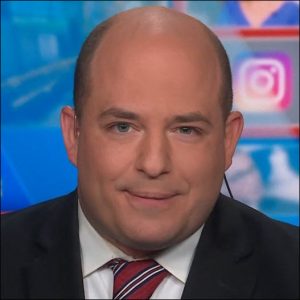 “Trump’s entanglement with Fox has no historical precedent.

“Never before has a TV network effectively produced the president’s intelligence briefing and staffed the federal bureaucracy. Never before has a president promoted a single TV channel, asked the hosts for advice behind closed doors, and demanded for them to be fired when they step out of line.

“This story has all the makings of a farcical drama: A dysfunctional White House, a delusional president, and a drama-filled network misinforming him from morning through night. …

“The average news consumer still does not understand just how wedded Fox and Trump are. The average voter doesn’t know just how many of Trump’s actions and inactions are dictated by the network.

“Frankly, the average political journalist doesn’t watch Fox often enough to really get it, either. I frequently read stories by White House correspondents that describe unvetted White House hires and unhinged policy decisions and unglued tweets but leave out the cause: Fox’s influence.”

Stelter credits his editor Julia Cheiffetz for his title, Hoax. It refers to Trump’s early reactions to the news of the novel coronavirus COVID-19 outbreaks. Stelter had finished the book, he tells interviewers, and realized that the pandemic—and the Fox-Trump handling of it—was too big a story not to be part of the book. Cheiffetz told him, he says, that they were going to have to start and close with that public health emergency, which at this writing has killed at least 177,619 Americans.

“Every time Trump tweeted it or [Fox opinion host Sean] Hannity shouted it, a little bit more truth was chipped away from America’s foundation—precisely at a time when the country was beset by multiple crises and needed honesty and accuracy, compassion, and sound science.”

As Stelter’s Hoax drops today, the book already has No. 1 bestseller status at Amazon.com in Media & Communications Industry and Communication Skills. It’s ranked No. 2 on the platform in Political Corruption & Misconduct. 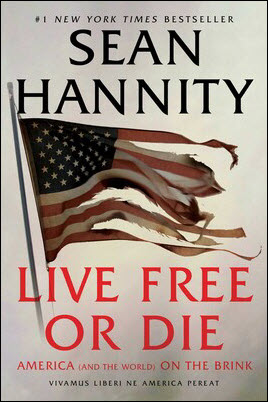 With the kind of irony that only publishing people can love, Sean Hannity’s own new direly-titled book, Live Free or Die: America (and the World) on the Brink, was released just three weeks ago today, also by Simon & Schuster. In Hannity’s case, it’s the Threshold Editions imprint–which still is recalled for buying (and then cancelling) Dangerous by the now-discredited arch-conservative provocateur Milo Yiannopoulos.

Hannity’s Live Free or Die has been on the Amazon Charts for three weeks (those charts update on Wednesdays) and is today at No. 2 in Most Sold but at No. 18 in Most Read. Which book is Most Read on the Amazon Charts in nonfiction? Mary Trump’s Too Much and Never Enough–the effect of the American bookseller-in-chief at work, presumably, as Trump tried legal maneuvers to block that book, just as he’s done with others. The Mary Trump book is also No. 3 in Most Sold, after nine weeks.

We’re watching Simon & Schuster compete with itself, as Hannity, Mary Trump, and now Stelter battle it out. And more such skirmishes in the publishing-house hallways are ahead.

One of two heavily anticipated releases of the fall is from Simon. 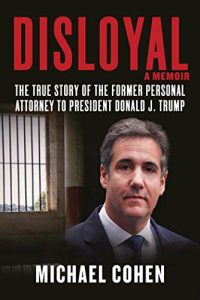 First, Michael Cohen’s Disloyal: The Inside Story of the Real President Trump, by His Former Attorney And Personal Advisor—The Man Who Helped Get Him Into the Oval Office is set for a September 8 release from Skyhorse.

This is the one Trump’s attorneys tried to stop, you may recall, by saying that in writing a book, Cohen was violating the terms of his house arrest. Cohen, who had been released to home confinement because of the dangers in prison of the coronavirus pandemic, was to be returned to jail until as Erik Larson at Bloomberg put it, “The effort to restrict Cohen fell apart after a judge ruled the lawyer had been returned to prison in retaliation over the planned book, violating his First Amendment rights.

“Cohen was ordered returned to home confinement on July 24 and told to renegotiate the terms of his press contacts.” 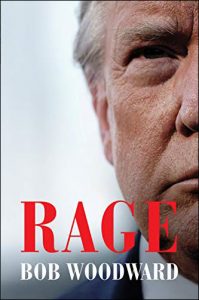 Then it’s Simon & Schuster again, when journalist Bob Woodward’s new Rage, scheduled for a week later on August 15, is the second likely barn-burner. Woodward’s first book on the administration, Fear: Trump in the White House, drew the anger of Trump, who insisted two years ago that Woodward had failed to interview him.

In fact, Woodward, it was revealed, had tried to get Trump to talk to him for that book.

This time, Trump is said by the publisher to have sat for “a series of exclusive interviews”–which of course may not mean he likes how they come out in the book. 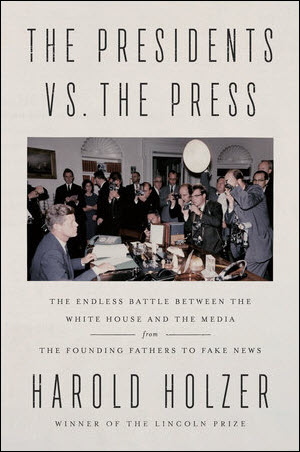 In fact, there’s probably a manuscript-in-progress underway right now about the many legal efforts Trump and his attorneys have made in (failed) efforts  to stop publication of books unflattering to the president. This, too, to pick up on Stelter’s theme of things unprecedented in the American presidency, is a serial bid for prior restraint unknown in American publishing until now.

Also out today is a title that tracks well with Stelter’s news-media focus. The Presidents vs. the Press: The Endless Battle Between the White House and the Media–From the Founding Fathers to Fake News is by the prolific Lincoln historian Harold Holzer and published by Penguin Random House/Dutton.

As the publisher writes in its promotional material, “John F. Kennedy excelled on television and charmed reporters to hide his personal life, while Richard Nixon was the first to cast the press as a public enemy. 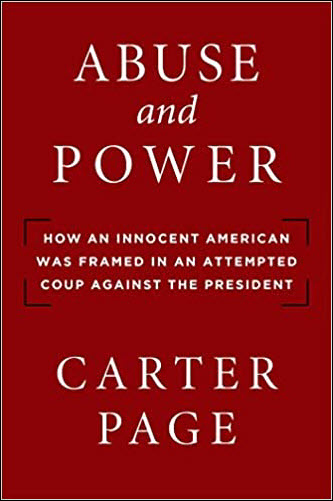 “From the days of newsprint and pamphlets to the rise of Facebook and Twitter, each president has harnessed the media, whether intentional or not, to imprint his own character on the office.”

And while you’re waiting for Cohen and Woodward, there’s Abuse and Power by Carter Page, the FBI investigation target who “found himself in the midst of a real-life spy story,” as the book’s press, Regenery Publishing, puts it.

That one comes with another long subtitle: How an Innocent American Was Framed in an Attempted Coup Against the President. As it drops today, it’s ranking No. 10 in Elections and No. 23 in Political Conservatism and Liberalism at Amazon.

In Page’s write, Regenery’s material says, you’ll read how “the Democratic Party, the media, and their entrenched allies in the Justice Department and intelligence services lied, subverted justice, and violated every code of decency to frame an honest American patriot.” 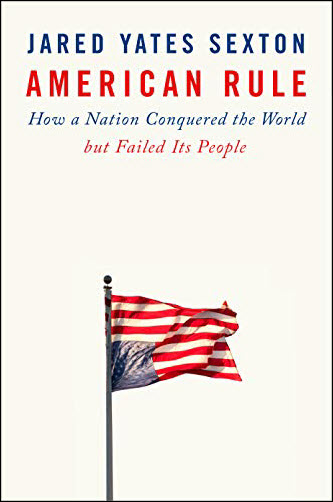 Releasing September 15 from Penguin Random House/Dutton, Jared Yates Sexton’s American Rule: How a Nation Conquered the World but Failed Its People is described as “laying bare the foundational myths at the heart of our collective American imagination.”

Power brokers in the United States, Sexton argues, have been supported in abusing others by a national mythology of “American exceptionalism and steadfast values”–concepts “fed to the public and repeated across generations.”

Potentially working along the lines of unexpected preference–as seen in Anne Applbebaum’s  Twilight of Democracy: The Seductive Lure of Authoritarianism (Penguin Random House/Doubleday, July 21)–Sexton’s timing could be good, in an election cycle unlike any other, when many Americans are being forced by the unique stressors of the day to decide just where their values lie and what priorities are most important. 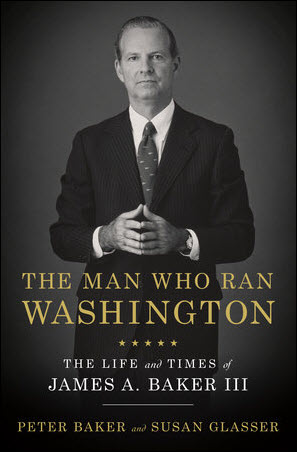 And coming on September 29–a delayed release from the spring virus-mitigation months–The Man Who Ran Washington: The Life and Times of James Baker III is a political biography from Penguin Random House/Doubleday. It’s by The New York Times’ Peter Baker and The New Yorker’s Susan Glasser.

In the approach to the US election–occurring in a nation rocked to its core by profound and colliding questions about itself–the new timing may be perfect for a look back at recent history when, as the books descriptive material says, “James Addison Baker III was the indispensable man for four presidents because he understood better than anyone how to make Washington work–at a time when America was shaping events around the world.”

And in an era when the United States seems amazingly hard-pressed to find its own shape, let alone “shape events around the world,” it’s promising to know that an insightful recollection of the Baker era is coming from Glasser and Baker, a powerhouse couple in Washington journalism.

You have to wonder what James Baker would think if he left the White House for a walk and found himself on Black Lives Matter Plaza.

More from Publishing Perspectives on political books is here. More from us on the freedom to publish is here. More on the coronavirus COVID-19 pandemic and its impact on international book publishing is here and at the CORONAVIRUS tab at the top of each page of our site.