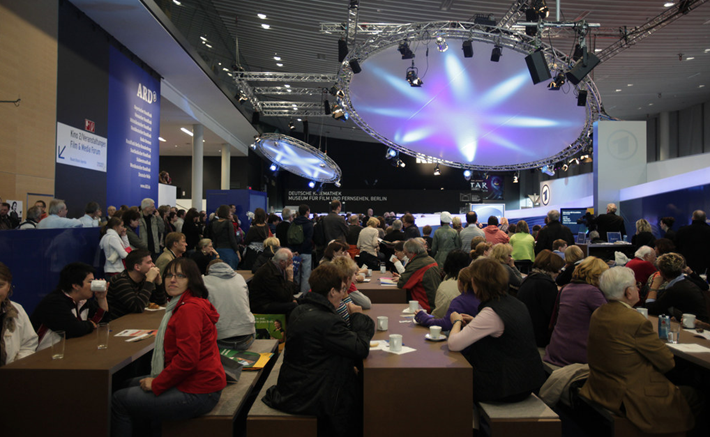 This year’s Frankfurter Buchmesse Film Awards are now open for submissions of adult, children’s and illustrated books that have been adapted for film.

The three-prize Frankfurter Buchmesse Film Awards program has opened its submissions period to books that have been adapted for film. Once again is being produced in partnership with the Motovun Group of International Publishers (MGIP). The trade show this year runs October 14 to 18 as a hybrid event, organizers expecting to feature both digital and in-person components.

Motovun’s special interest is in the Illustrated Book on Film award, and the program also offers an honor for Literary Adaptation and an Adaptation for Children or Young Adults.

Here are the winners of the 2019 competition:

This year’s awards ceremony is to be part of the B3 opening on October 9, with details on that event to come.

Production and media companies as well as publishers are invited to submit titles for the awards, which are open to feature films, television events and series that fit the categories’ focus.

Those making submissions will need to fill out a submission form.

If not nominating your own work, you’re asked to send an email to the same address.

Because of the coronavirus COVID-19 pandemic, submissions in the Illustrated Book on Film category need to include a digital copy of the submitted title consisting of at least the cover, five to 10 pages of content and a summary of the content as well as any accompanying press material or a publisher’s presentation.

Publishers from Germany and abroad can apply. Submitted books should have been published between August 1 (2019) and now, and must be available for delivery.

These awards fall under the trade show’s “Focus: Film” programming, which in turn is part of The Arts+ area of Frankfurter Buchmesse.