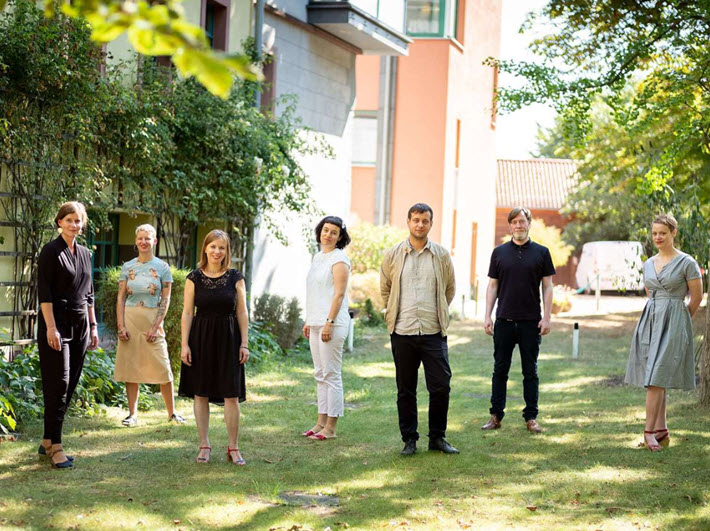 ‘A diverse range of themes’ and experimentation with form are reflected in the 2020 longlist announced by the jury of the German Book Prize.

Since the call for submissions was issued, the German Book Prize jury has gone over 206 submissions and has announced its longlist this morning (August 18).

Eligible novels have been published (or will be) between October of last year and September 2020. The shortlist is to be named on September 15.

The six shortlisted authors will learn which of them is the winner on the evening of the award ceremony, which is set for October 12, following tradition, just before Frankfurter Buchmesse (October 14 to 18). The Börsenverein des Deutschen Buchhandels—Germany’s publishers and booksellers association, which produces the program—says that the ceremony is to be aired live on October 12 from the Kaisersaal at the Frankfurt Römer in the city’s Altstadt.

No information is provided at this point on how this live event is expected to be handled in light of the coronavirus COVID-19 pandemic, but more will be known as the date approaches.

In a comment for today’s announcement, jury spokeswoman Hanna Engelmeier of the Kulturwissenschaftliches Institut Essen (Institute for Advanced Study in the Humanities) is quoted, saying, “Unlike reading the news in recent months, exploring the more than 200 titles submitted offered many glimmers of hope.

“The jury was presented with a panorama of novels of a predominantly realistic bent. A particularly significant number of them make use of autobiographical narration, and titles that deal with historical themes are also strongly represented. The longlist reflects these focal points, but also includes novels dedicated to more recent debates on identity politics.

“We’re pleased that there are also books that break up and experiment with the novelistic form.

“The longlist thus represents not only a diverse range of themes but also this season’s range of poetic forms of expression.”

The German Book Prize is awarded by the Stiftung Buchkultur und Leseförderung des Börsenverein des Deutschen Buchhandels, which is the Börsenverein’s Foundation for Book Culture and the Promotion of Reading.

In social media, the German Book Prize can be followed at the hashtag #dbp20.

A presentation of the longlisted authors with readings from their nominated books is set for August 31 at Literaturhaus Hamburg. information on that event and more activities around the awards program is here.

At this writing, the 7:27 a.m. ET update (1127 GMT) of the Johns Hopkins Coronavirus Resource Center sees Germany with a caseload of 226,804 infections, placing it 20th in the world for cases in a population of 83 million. COVID-19 deaths recorded in Germany so far come to 9,240.

This morning, Andrew Blackman, Gerealdine Amiel, and Wojciech Moskwa are writing for Bloomberg about ongoing concern at new outbreaks in Germany and a wider European resurgence. “Germany remains a primary concern,” they write. “There were 1,693 new German cases in the 24 hours through Tuesday morning, the most since April 25, according to data from Johns Hopkins University. The number of daily cases reached almost 7,000 at the peak of the pandemic in the spring …

“Chancellor Angela Merkel said at a meeting of her CDU party in Berlin on Monday that rising infections are a concern, though manageable, and there is currently no scope for loosening curbs. The government may move to restrict social gatherings to close family members for the time being.”

More from Publishing Perspectives on the German Book Prize is here, and on publishing and book awards in general is here. More from us on the coronavirus COVID-19 pandemic and its impact on international book publishing is here and at the CORONAVIRUS tab at the top of each page of our site.