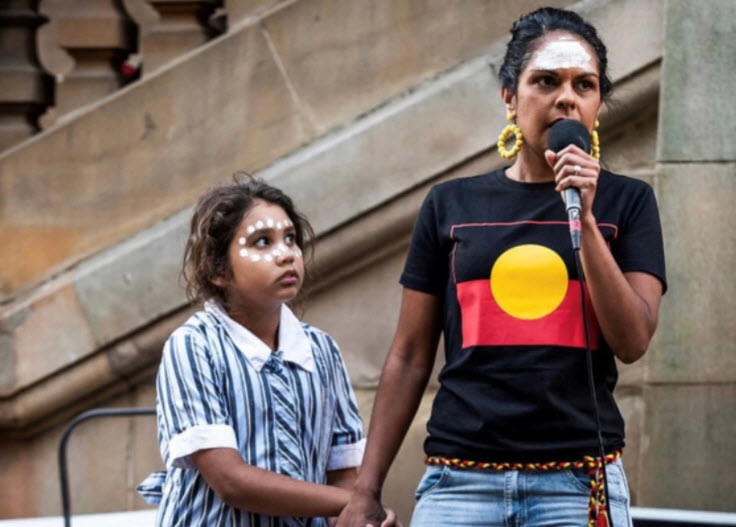 Teela May Reid, a Sydney-based attorney in First Nations and women’s issues, will see her book ‘Our Matriarchs Matter’ published by Magabala Books as part of her Utemorrah Award win. 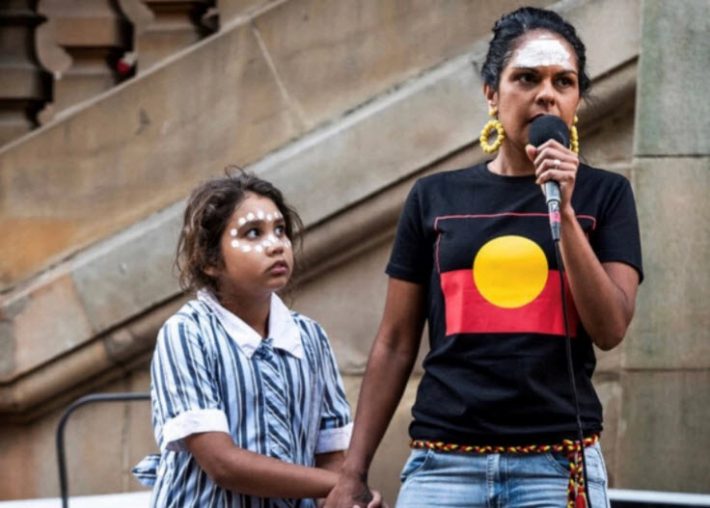 Wiradjuri and Wailwan activist attorney Teela May Reid has won Western Australia’s national Daisy Utemorrah Award. Her niece Jakayla, with her in this photo, is to work on illustrations for the 2021 publication of her winning book, ‘Our Matriarchs Matter.’ Image: Magabala Books, John Jans

A well-known Wailwan and Wiradjuri activist attorney, Teela May Reid, has won the Australian Daisy Utemorrah Award and will see her book, Our Matriarchs Matter, published by Magabala Books in 2021.

The award was presented Friday (August 7) at the Western Australia Premier’s Book Awards, a program honoring four categories of work and carrying some 60,000 Australian dollars in prize money (US$43,079). The Utemorrah Award is worth 15,000 Australian dollars (US$10,765) and is focused on young readers’ and YA content. Eligible manuscripts are unpublished and a contract with Magabala is part of the win.

The shortlist for the Utemorrah, in addition to Reid’s winning work, this year comprised:

Magabala—named the Australian Book Industry Awards’ small publisher of the year in May—is a publisher of Indigenous work based in seaside Broome, in the Kimberley region of the vast state of Western Australia. The house began publishing in 1987 and specializes in the work of Indigenous and Torres Strait Islander artists and illustrators as well as writers. The press is overseen by a board of Kimberley aboriginal business, educational, and cultural community leaders and Magabala administers the Utemorrah prize.

“There has never been a better time for Indigenous publishing,” Anna Moulton, CEO of Magabala Books, told Publishing Perspectives in an interview last year. Works by Indigenous writers have been gaining national attention in Australia, as more of these titles are showing up on the bestseller lists and in media coverage.

The Daisy Utemorrah Award is named for an elder of the Wunambal people. Fluent in three Aboriginal languages, Utemorrah died in 1994 at age 98 and she was an author and poet. The award named for her has funding from the Australian Copyright Agency Cultural Fund; the Western Australia department of local government, sport, and cultural industries; and the Post Pre-Press Group.

While set in Western Australia and administered by Magabala, the Utemorrah Award is national and annually recalls that Daisy Utemorrah was one of the founders of Magabala itself.

Teela May Reid in April was called by Rachel Knowles at the National Indigenous Times—with respect a “deadly tidda“—meaning a sister of great power. She and Merinda Dutton, a Barkindji woman, founded the Blackfulla Bookclub on Instagram during the isolation of the coronavirus COVID-19 pandemic spring.

In writing together about creating the program for The Guardian in June, Reid and Dutton (both attorneys) said:

“For too long, the truth of our history and our stories have been denied and whitewashed. Blackfulla Bookclub enables us to claim space and to facilitate truth-telling in circumstances where there is a real need for reflective jurisprudence about First Nations literature that is produced by First Nations people.

“The onus is now on non-Indigenous people to do the work and unpack their own bias.

“Reading and engaging with works by only white authors ensures that you only see the world through the white lens. That includes the world as it pertains to the first peoples. Many people come to us seeking truth, having realized they haven’t engaged with First Nations stories before.”

Reid is from Gilgandra in western New South Wales. She’s a criminal defense lawyer based in Sydney and—as described by Magabala Books, her new publisher—works as an advocate for abolishing systemic racism in the criminal justice process and as a campaigner for the Uluru Statement from the Heart (PDF).

“Matriarchs are the backbone of our communities and their stories need to be honored and told. They are integral to our history and our survival and our existence”Teela May Reid

The Uluru Statement is a national Indigenous consensus—a manifesto, if you will, of the First Nations of Australia—that was the output of a 250-person convention of Aboriginal and Torres Strait Islander delegates held in 2017 at Uluru on the lands of the Anangu people. The statement calls, among other things, for a First Nations Voice, an advisory council with influence in policies affecting Indigenous affairs in the Australian parliament

The statement’s core message: “In 1967 we were counted, in 2017 we seek to be heard. We leave base camp and start our trek across this vast country. We invite you to walk with us in a movement of the Australian people for a better future.”

And it’s expected that attorney Teela May Reid’s relative visibility in Australian life and issues not only of Indigenous people but also of women, will raise the profile both of the First Nations movement and of the Daisy Utemorrah Award itself.

Reid: ‘My Gratitude Is to Our Ancestors’ 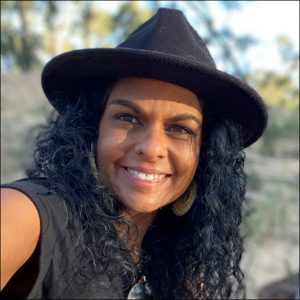 In receiving the award, Reid said, “I am deeply humbled to receive this award and to be collaborating with my niece Jakayla, the little Wiradjuri and Wailwan artist who will illustrate this story with me.

“My gratitude is to our ancestors and to the legacy of the matriarchs in our First Nations communities. They are the backbone of our communities and their stories need to be honored and told. They are integral to our history and our survival and our existence.

“I would also like to acknowledge and recognize Daisy Utemorrah. It was never my intention to submit a manuscript, but I had an urge and energy, thinking about her and her story, and thinking about the matriarchs in my life.” 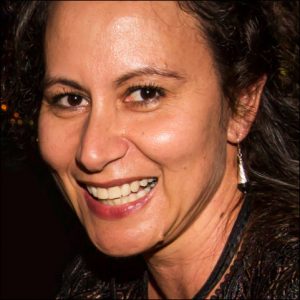 Jurors for this year’s Daisy Utemorrah Award were Magabala publisher Rachel Bin Salleh and author-illustrator Ambelin Kwaymullina. In their rationale for selecting Reid’s work, they said, “Our Matriarchs Matter is a powerful work of junior fiction, a beautiful soaring tribute to the strength of matriarchs that will delight and inspire young readers.”

Salleh, in a prepared statement for Magabala, says, “We’re thrilled to be able to work with Teela on her debut book, Our Matriarchs Matter. She has such an incredible energy and is an absolute dynamo, as a lawyer, an activist, and now as an author.

“We’re humbled to share this journey with her and with her niece Jakayla. The story an important, timely, and moving tribute to First Nations matriarchs.”

More from Publishing Perspectives on publishing and book awards is here. More from us on Australia is here. And more from us on the coronavirus COVID-19 pandemic and its impact on international book publishing is here and at the CORONAVIRUS tab at the top of each page of our site.