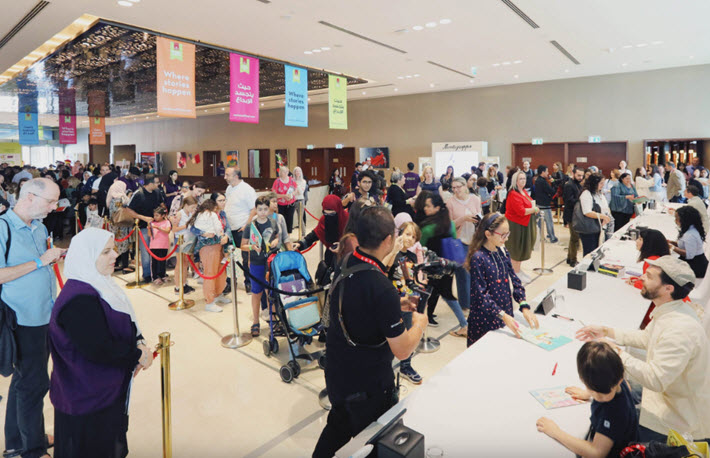 ‘A mix of live physical events, probably staged outdoors, and online streaming’ is being developed for the 2021 Emirates Airline Festival of Literature in Dubai, set for February.

Book signings at the 2020 Emirates Airline Festival of Literature in Dubai. Image: EAFL

The Dubai-based Emirates Airline Festival of Literature in early February was for many of us the last 2020 event of its kind attended in person before the coronavirus COVID-19 pandemic upended so many other programs.

In its announcement today (July 13), the Emirates  Literature Foundation, which produces the festival, is setting February 4 to 6 for its 2021 festival dates and that’s the smart thing to do. Seeing Frankfurter Buchmesse work toward its hybrid online-and-physical program for the industry in October, and the Hay Festival Segovia announce its September physical program at 30-percent of venue capacity should be a signal to other event producers that it’s time to be sure to nail down dates on the world publishing calendar.

Having drawn more than 7,500 people in 63 markets to its online content in recent weeks, the foundation has decided to plan to build on some of that program’s popularity.

The Literary Conversations Across Borders series, which was to have been a physically traveling event has produced Emirati writers and commentators on various issues, in partnership with the emirate’s Office of Public and Cultural Diplomacy.

The program has also mounted a new podcast, the Boundless Book Club, which is driven by recommendations from the festival team itself.

Podcasts that already had been in action include conversations with David Walliams, Levison Wood and Ian Rankin, and downloads of this content are being made by users in Japan, China, Switzerland, USA and Germany, as well as in markets closer to the United Arab Emirates.

And if anything, the Emirates program is a hybrid in itself, in that it’s primarily a public-facing literary festival event (not a book fair) but it’s also where the industry-facing Global Association of Literary Festivals was seeded this year, as Publishing Perspectives readers will remember. And, as we know, that program last month held its own first digital meeting in the form of a webinar for its professional membership. 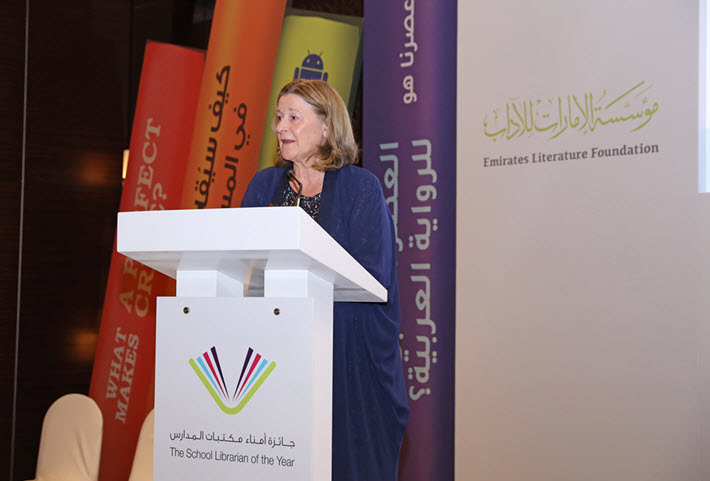 Isobel Abulhoul, CEO and trustee of the foundation, is quoted in today’s announcement, saying, “Like most other organizations, the move toward remote working was new territory for us and we wondered how we could reshape ourselves to provide the same inspirational experiences in these strange times. 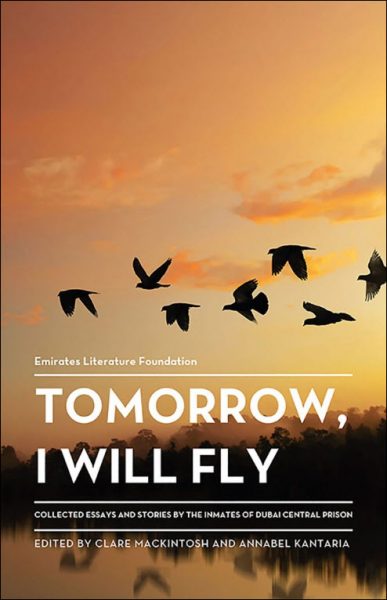 “The team has adapted brilliantly to the new ways of working and unfamiliar technologies, and in fact the impact of our online sessions has far exceeded our expectations.

“It has meant that we’ve been able to capture an audience much more geographically diverse than we’re used to, bringing our conversations and insights right into the heart of people’s homes.

“We’re confident of being able to deliver a festival next year, although in a more blended format–a mix of live physical events, probably staged outdoors, and online streaming. We actually chose the theme, ‘Change the Story’, last year. Little did we know then how apt it was going to be for the 2021 festival.”

In another interesting program, an anthology of stories and reflections by inmates of Dubai’s correctional and prison population, Tomorrow, I Will Fly, has been released as an ebook after its introduction at the festival in February.

The festival has been in operation for 12 years, presenting what its offices say is some 1,500 authors from at least 100 countries.

More details of the 2021 festival are to come.