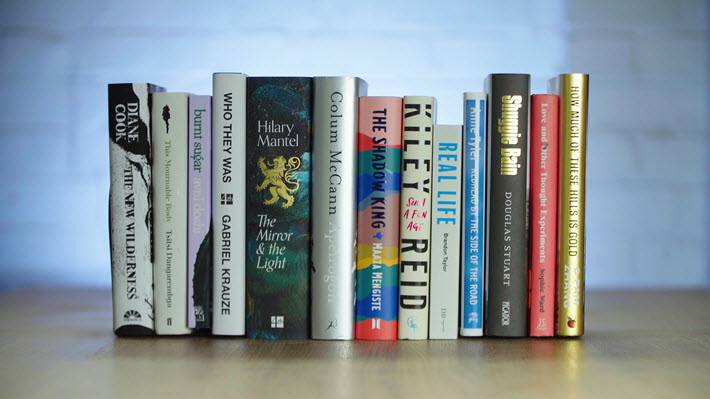 ‘To Reach the Readers They Deserve’

Of a total 162 novels, the 13 authors announced today (July 28) to have been chosen by the Booker Prize for Fiction jury for its 2020 longlist include eight debut novelists, nine of them women.

As Publishing Perspectives readers know, the Booker Prize for Fiction is open to all writers in English for works published in the UK. The change to accept submissions from beyond the UK and Commonwealth was made in 2013, and the prize today is sponsored by Crankstart, a California-based foundation.

The International Booker Prize, a separate award from the foundation that honors work in translation, as we’ve reported, has had its winner’s announcement delayed to August 26 to give that prize’s shortlist more time in promotion amid the limiting effects of the pandemic.

Easily the most expected candidate on the Booker Prize for Fiction’s longlist today is Hilary Mantel, whose The Mirror & The Light is the third book in her Cromwell trilogy. Both the first and second books in the trio, Wolf Hall and Bring Up the Bodies, were winners in 2009 and 2012 respectively, and Mantel was longlisted in 2005 for Beyond Black.

“It’s especially heartening to know that some authors who have launched their careers in the midst of COVID-19 may now have a chance to reach the readers they deserve.”Gaby Wood, Booker Prize Foundation

Also previously honored by the program are Anne Tyler, who was shortlisted in 2015 for A Spool of Blue Thread, and Colum McCann, longlisted in 2013 for TransAtlantic.

And in this year of the coronavirus COVID-19 pandemic, the publicity value of the Booker can be expected to have special value.

In its announcement overnight, the Booker Foundation’s publicists say that when Margaret Atwood and Bernardine Evaristo won last year’s Booker, Atwood’s The Testaments in the following week went from 11,955 to 13,400 unit sales. Evaristo’s Girl, Woman, Other sold 5,980 copies, at the time was more than double all of its sales. Girl, Woman, Other now has sold international rights into 32 territories, the Booker says, with its television rights optioned by Potboiler Productions.

The debut novelists on the list are Cook, Doshi, Krauze, Reid, Stuart, Taylor, Ward, and Zhang. 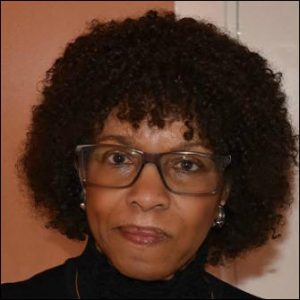 In her statement of rationale for the jury, Busby is quoted, saying, “Each of these books carries an impact that has earned it a place on the longlist, deserving of wide readership.

“Included are novels carried by the sweep of history with memorable characters brought to life and given visibility, novels that represent a moment of cultural change or the pressures an individual faces in pre- and post-dystopian society. Some of the books focus on interpersonal relationships that are complex, nuanced, emotionally charged. There are voices from minorities often unheard, stories that are fresh, bold and absorbing.

“The best fiction enables the reader to relate to other people’s lives; sharing experiences that we could not ourselves have imagined is as powerful as being able to identify with characters.

“As judges, we connected with these writers’ well-crafted prose, the mastery of detail, the arresting sentence, the credibility of the narrative arc, the ability to use to the full, the resources of storytelling. Unplanned, our final selection encompasses both seasoned favorites and debut talents—a truly satisfying outcome.”

And the foundation’s literary director, Gaby Wood, comments on the large round of debut authors on the list, saying, “When the judges had drawn up their longlist of 13 books, one of them said: ‘Out of interest, how many debuts are there?’ We counted. It was more than half the list. That’s an unusually high proportion, and especially surprising to the judges themselves, who had admired many books by more established authors, and regretted having to let them go.

“It’s perhaps obvious that powerful stories can come from unexpected places and in unfamiliar forms; nevertheless, this kaleidoscopic list serves as a reminder.

“In this year of seismic change, visibility for new books published in the UK has been drastically low. So, however unintended the ratio, it’s especially heartening to know that some authors who have launched their careers in the midst of COVID-19 may now have a chance to reach the readers they deserve.”

As noted by many observing effects of the contagion on the book business in many parts of the world, debut works are anticipated to have an especially hard time of it, as postponed releases from the spring and summer now are being clustered by publishers around dates in the autumn, in particular.

At this writing, the 3:35 a.m. ET update (0735 GMT) of the Johns Hopkins Coronavirus Resource Center places the United Kingdom at ninth place in the world for COVID-19 infections, at 301,708 in a population of some 67 million.

As the BBC is reporting this morning, the UK is defending its 14-day quarantine requirement on travelers arriving from Spain against the objections of the Spanish prime minister Pedro Sánchez, who is concerned for the tourism industry with the UK imposing an advisory against non-essential travel to Spain.

The UK’s Boris Johnson government has imposed a mask mandate, which went into effect on Friday (July 24).