A new study of the book market in Spain shows consumers are reading more during the pandemic lockdown, buying more books online, and still prefer print over digital.

In Cadaqués on the Costa Brava, July 11. A new outbreak of the coronavirus COVID-19 threatens efforts to revive tourism in Catalonia. Image – iStockphoto: Gonzalo Barcenilla Roy

As Publishing Perspectives readers will recall, the Spanish book publishing industry is facing a steep uphill battle against the economic ravages of the coronavirus COVID-19 pandemic. Even without new pressures, the book market in Spain reports anticipated losses of some €1 billion (US$1.1 billion)—€800 million (US$906.2 million) in the internal book market and €200 million (US$225 million) in the external market. 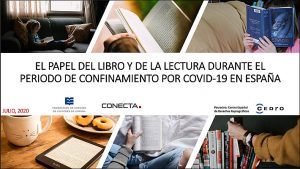 Today (July 21), the Federation of Publishers’ Guilds of Spain (FGEE) is issuing its newly commissioned study on reading habits and patterns during pandemic and lockdown conditions, and it’s playing to two audiences:

And the report, The Role of the Book and Reading During the Confinement Period for COVID-19 in Spain (PDF by WeTransfer download), opens with a declaration that the lockdown’s pressures “raised the number of frequent readers—those who read at least weekly—to 57 percent, a jump of 7 percentage points over pre-pandemic levels.”

Consumers cited entertainment and disconnection from the situation (97 percent), relaxation (93 percent), and tranquility (90 percent) as the key values of reading during the lockdown. And 72 percent of respondents reported buying books online.

The study, performed by Conecta Research & Consulting with funding support from the Spanish Reproduction Rights Centre (CEDRO), covers points of digital purchasing trends, the demographics most responsive to reading during confinement, and the main values cited by consumers.

Following a look at the findings, we’ll outline some of the newly focused hurdles facing the market. 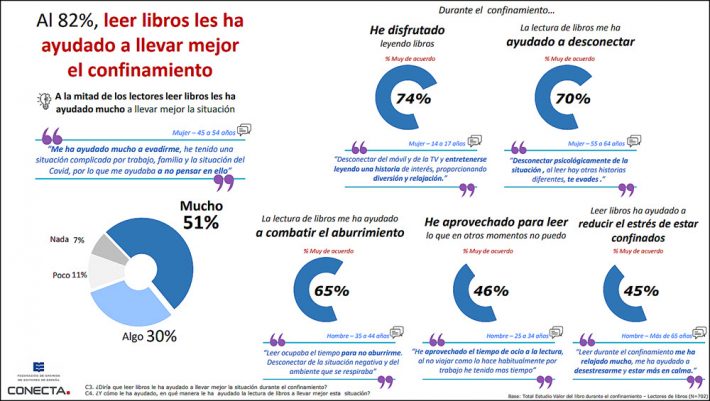 Some 82 percent of readers in the study made by Conecta acknowledged that reading books helped them handle the constraints of lockdown. Image: FGEE 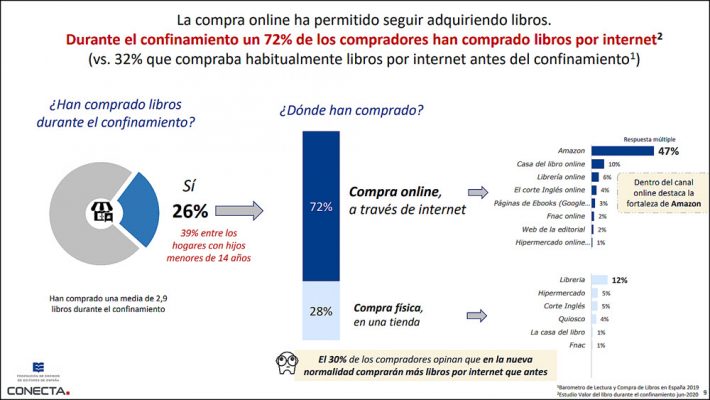 During confinement, 72 percent of respondents said that ‘buying online allowed us to continue acquiring books, as compared to some 32 percent who said they’d regularly bought books in digital retail channels outside of the pandemic. Amazon.es was rated as the top digital outlet used by consumers in the study, at 47 percent. The next online retailer, Casa del libro online, came in at 10 percent. Image: FGEE 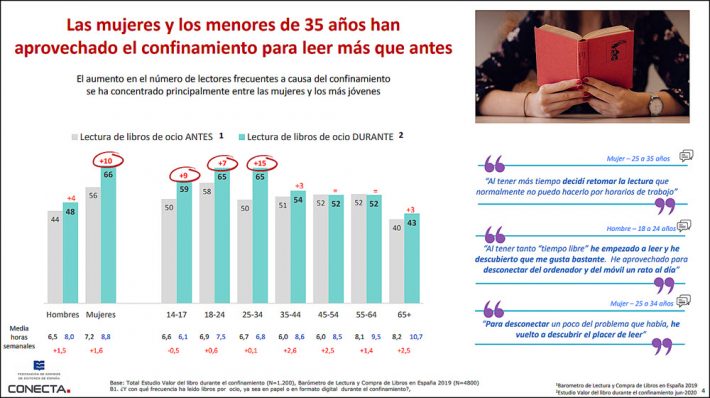 Women and consumers younger than 35 cited the most gains in readership in confinement. Image: FGEET 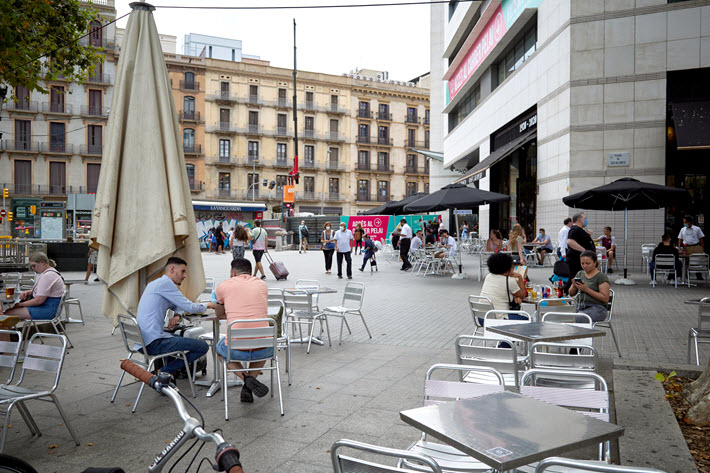 As if that weren’t a difficult enough assignment, today’s news from this market of 47 million people is not good.

As the federation releases its study today, new reporting from CNN’s Atika Shubert, Barcelona—which it was hoped could help lead a return to tourism, Spain casting itself as the “safest holiday destination”—has been rocked by a powerful new outbreak comprising close to 3,000 new infections in Catalonia over the weekend. Some 3 million residents are being advised to shelter at home and beach access is being limited, as government officials concede that the hiring and training of contact tracers has fallen seriously short.

And as European Union leaders pass their €750 billion (US$857 billion) stimulus accord—moving the union into new waters of shared fiscal responsibility—The New York Times’ Matina Stevis-Gridneff reports that economists “predict a recession far worse than anything since World War II. France, Italy and Spain, the bloc’s second-, third- and fourth-largest economies, are expected to suffer the most, clocking in contractions of around 10 percent this year.”

At this writing, the 5:34 a.m. ET update (0934 GMT) of the Johns Hopkins Coronavirus Resource Center places Spain in seventh position in the world for pandemic fatalities, with a death toll of 28,422. Standing 12th in the world for its caseload, the market is reporting a total 264,349 infections, placing it just behind Pakistan and just ahead of Saudi Arabia.

And Nathan Allen reports for Reuters that as of Monday (July 20), Spain had seen a three-fold increase in its viral load in three weeks, “as authorities struggle to contain a rash of fresh clusters, mainly in the Catalonia and Aragon regions, health ministry data showed.

“After registering thousands of cases and hundreds of deaths per day during an early April peak, Spain succeeded in slowing the number of new infections to a trickle. But since restrictions on movement were lifted and Spaniards relaxed back into daily life, some 201 new clusters have appeared, with heavy concentrations in and around the Catalan cities of Barcelona and Lleida.” 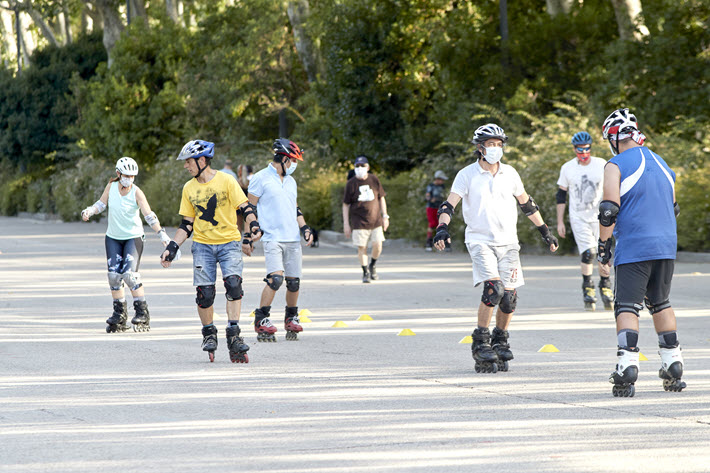