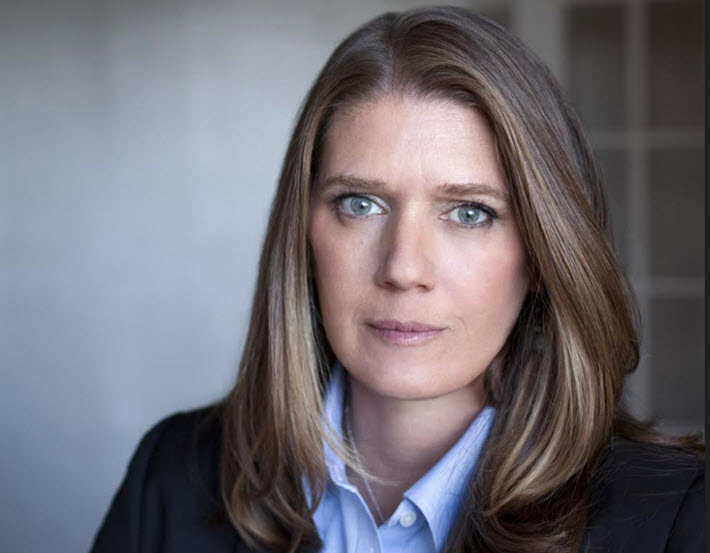 The next book Donald Trump wants to block: The Big Five publisher moves up the release date of its Mary Trump book by two weeks, as pre-orders soar.

‘I Am the Only Trump Who Is Willing To Tell’

As Publishing Perspectives readers know, the latest book to draw Trumpian attempts to block publication is  Too Much and Never Enough: How My Family Created the World’s Most Dangerous Man by Donald Trump’s niece Mary Trump.

Today (July 6), the publishing house has announced that the book will drop two weeks earlier than originally planned, on July 14, rather than on July 28.

The Bastille Day release, according to the Big Five publisher in a statement provided to Publishing Perspectives is being moved to a week from Tuesday because of “high demand and extraordinary interest in this book.”

At the same time, we’ve been provided a statement from author Mary L. Trump’s spokesperson, Chris Bastardi, who writes:

“The act by a sitting president to muzzle a private citizen is just the latest in a series of disturbing behaviors which have already destabilized a fractured nation in the face of a global pandemic.

“If Mary cannot comment, one can only help but wonder: what is Donald Trump so afraid of?”

In material from the book’s prologue, Mary Trump writes, “I am the only Trump who is willing to tell” the story, as she sees it, of Donald Trump’s most formative influences.

As CNN chief media correspondent and anchor of Reliable Sources Brian Stelter has said this afternoon, “That’s a statement from the spokesman for the president’s niece. An extraordinary kind of thing to say, basically challenging the president very publicly.”

And the market is responding, yet again, to the “bookseller-in-chief” effect that Donald Trump’s efforts to block publication always seem to have. At this writing, Amazon.com is ranking Too Much and Never Enough at No. 1 in print bestsellers and No. 1 in categories of US President, Memoirs, and Political Leader Biographies. John Bolton’s Simon & Schuster release The Room Where It Happened—which Donald Trump also tried to stop—is at No. 3. Between Mary Trump’s book and John Bolton’s is How To Be an Antiracist by Ibram X. Kendi from One World.

‘Donald Trump Is Much as He Was at Three Years Old’

Bastardi’s reference to Mary Trump being unable to comment has to do with the ongoing court action between her and Donald Trump’s brother Robert. The effort to block the book’s publication, while naming Robert Trump as the plaintiff, is being handled by Donald Trump’s attorney, Charles Harder, whose efforts to stop Michael Wolff’s Fire and Fury and Omarosa Manigault Newman’s Unhinged were unsuccessful. 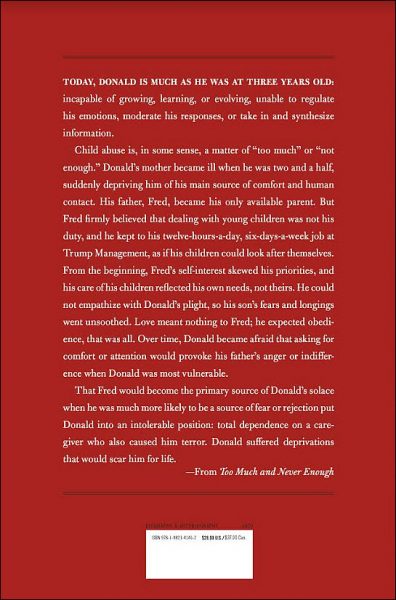 As you’ll remember from the July 1 update, Harder and Robert Trump last week briefly secured a temporary restraining order from the bench of Hal Greenwald of the New York State Supreme Court. Robert Trump is alleging that Mary Trump’s book violates a confidentiality agreement signed in a disagreement over the estate of Donald Trump’s father, Fred Trump Sr.

Alan D. Scheinkman of the New York Supreme Court’s appellate division vacated the restraining order on Simon & Schuster—issuing the opinion that the publisher is not “an agent of” Mary Trump and thus is not tied to any question of her actions. Scheinkman then, having uncoupled Simon & Schuster from the restraint, ordered a modified temporary restraining order on Mary Trump, pending a scheduled July 10 hearing.

Mary Trump holds a PhD from the Derner Institute of Advanced Psychological Studies and has taught graduate courses in trauma, psychopathology, and developmental psychology. She’s based in New York. In the back-cover copy released today to various news media by Simon & Schuster, expectations for the nature of Mary Trump’s book become immediately clarified with the first line:

“Today, Donald Trump is much as he was at three years old: incapable of growing, learning, or evolving, unable to regulate his emotions, moderate his responses, or take in and synthesize information.”

And lest that opening line suggest that the book is without nuance, the passage provided goes on to describe early emotional deprivations experienced by the man who would become the most controversial and perhaps unprepared president in American history. From the passage:

“Donald’s mother became ill when he was two and a half, suddenly depriving him of his main source of comfort and human contact. His father, Fred, became his only available parent. But Fred firmly believed that dealing with young children was not his duty, and kept to his twelve-hours-a-day, six-days-a-week job at Trump Management, as if his children could look after themselves. …

“Love meant nothing to Fred; he expected obedience, that was all. Over time, Donald became afraid that asking for comfort or attention would provoke his father’s anger or indifference when Donald was most vulnerable.” 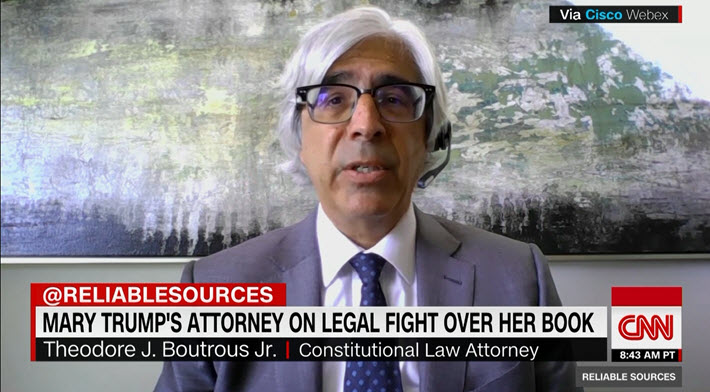 In a conversation with Brian Stelter on Sunday’s edition of Reliable Sources (July 5), the constitutional law attorney Theodore J. Boutrous Jr. who is representing Mary Trump, was asked by Stelter what the motivation is to keep attempting court actions as the one the Trump family is pursuing now–when Boutrous and other attorneys have succeeded time and again in turning back the Trump challenges.

“I think the motivation” of the Trumps, Boutrous told Stelter on Sunday, “is twofold.”

First, he said, such court action by Donald Trump “does have a chilling effect, maybe not on Mary Trump, maybe not on Simon & Schuster, maybe not on Jim Acosta. But smaller news organizations, they have this threat. And in the First Amendment world, the chilling of speech through the threat of litigation or the act of litigation is one of the significant harms.”

And second, Boutrous said, “When you’re talking about a prior restraint, which is what we have here, that freezes speech, it stops speech. So it’s an intimidation strategy.”

More of Stelter’s interview with Boutrous is here. 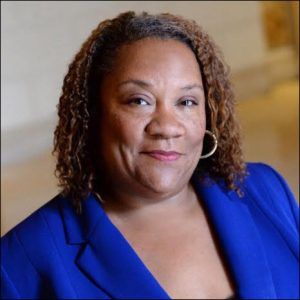 Since 2017, Canedy has administered the Pulitzer Prizes based at Columbia University in New York City, and, like Karp, is a former journalist. She spent 20 years at The New York Times in coverage of business and finance, race and class issues, terrorism, politics, law enforcement and crime. Canedy also worked in senior management at the Times and was a special adviser to the CEO and executive editor in strategic planning, change management, and diversity and inclusion.

Before her years at the Times, she was with the Cleveland Plain Dealer and the Palm Beach Post.

She also is an author. Her A Journal for Jordan: A Story of Love and Honor (Penguin Random House/Broadway Books, 2009) is a memoir of life with her war-hero partner and the journal he left behind for their infant son before he was killed in combat in Iraq. The book, sold into 10 countries, is in development for a screen adaptation, as Justin Kroll reported for Variety last year, with Denzel Washington attached to direct and Michael B. Jordan reportedly tapped as the lead. 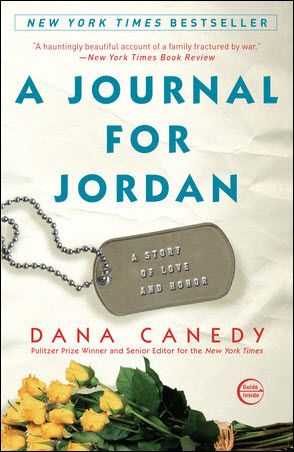 In a comment for today’s announcement, Canedy is quoted, saying, “I look forward to leading the storied Simon & Schuster flagship imprint, a publishing powerhouse that has long produced some of the most important and impactful books in our culture.

“We have an incredible legacy on which to build,” she says, “and it’s an honor for me to join this talented group of editors and publishing professionals as it continues to tell the stories that demand to be told, through the voices of so many of the best authors of our time.”

Karp, for his part, says, “The Simon & Schuster imprint has long been defined by books that explain and capture the spirit of the times, through works of journalism, history, memoir, lifestyle, fiction, or anything else that our editors want to champion, reflecting and shaping the cultural conversation of the moment.

“I’m confident that as our new publisher, Dana can deepen our strengths while expanding our field of vision, combining broad editorial expertise with hands-on management skill and the proven ability to effect strategic change.”

Canedy is a founding board member of the Digital Diversity Network and is on the board of Project Morry, a nonprofit youth development organization that supports at-risk students.

More from Publishing Perspectives on nonfiction is here, on political books is here, on Simon & Schuster is here, and on Donald Trump is here.