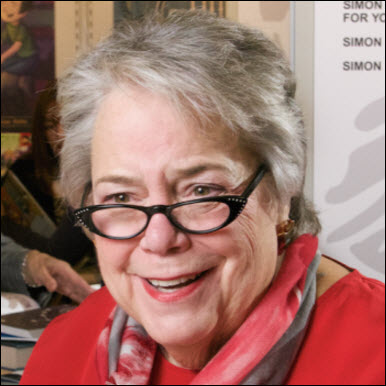 In announcing the scholarship, Simon & Schuster’s Jonathan Karp notes that the late Carolyn Reidy was a supporter both of the company’s efforts in diversity and of publishing training programs. 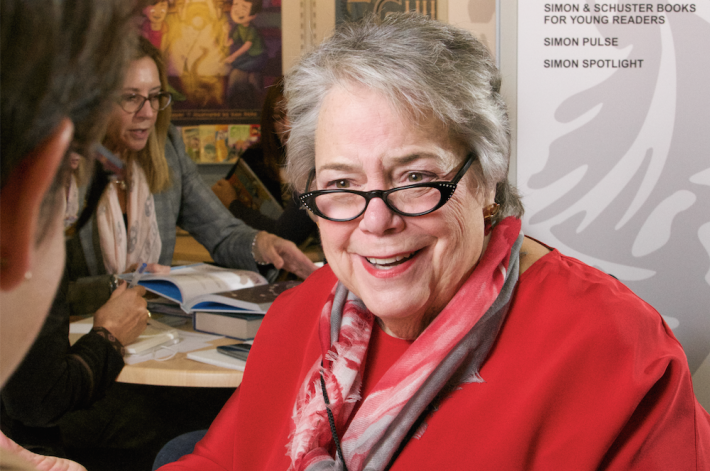 ‘A Fervent Supporter of Publishing Institutes’

During an afternoon memorial service on Wednesday (July 8) for Carolyn Reidy, it was announced that Simon & Schuster has established a scholarship with four publishing programs in her honor.

The Carolyn Kroll Reidy Memorial Scholarship is intended to promote diversity and inclusivity in the publishing industry, funding one scholarship annually at each of these programs:

The program is designed to run for five years, which should result in a total 20 scholarships.

In a statement about the new program, Jonathan Karp, now S&S president and CEO—the successor to Reidy—is quoted, saying, “During her time as CEO, Carolyn actively embraced and spearheaded Simon & Schuster’s efforts to improve diversity within our company.

“She was also a fervent supporter of the publishing institutes, generously sharing her wisdom and enthusiasm for publishing with students in multiple keynote addresses.

“We are delighted and grateful to partner with these four excellent publishing courses, each with a stellar record for launching entry-level employees into publishing careers. I can’t think of a more fitting way to honor Carolyn’s legacy while helping to create a publishing industry that better reflects who we are as a nation today.”

As our readers know, Reidy died suddenly on May 12 at age 71, reportedly of a heart attack.

A pioneer as a woman in a top position with a Big Five publishing house, she had led Simon & Schuster through years of enormous blockbuster hits and challenging economic conditions since 2008. She was appreciated by many in the industry—and certainly in the news media—for her straightforward comments on issues facing publishing.

The new memorial fund is a timely reminder that Reidy led her company to produce some of the most high-profile political books in the American market, something highlighted by the current administration’s dogged unconstitutional efforts at blocking publications unflattering to Donald Trump.

Most recently, this has included what may prove to be 2020’s biggest nonfiction titles.

John Bolton’s The Room Where It Happened: A White House Memoir, was released on June 23 following an attempt by Trump attorneys at stopping it.

And Too Much and Never Enough: How My Family Created the World’s Most Dangerous Man by Donald Trump’s niece Mary Trump. The latter has been accelerated by two weeks to a release on Tuesday (July 28) amid efforts by Trump’s attorneys to silence both the publisher and the author.

The two books currently hold the top two positions in Amazon’s US bestseller lists, the Mary Trump book at No. 1 with five days of pre-order to go, and John Bolton’s book at No. 2, after 16 days on the market.

The Bolton book is currently the most-read nonfiction title on the Amazon Charts ranking (something Amazon can track through its Kindle system) and No. 4 among most-sold nonfiction.

The Mary Trump book has moved to the No. 1 most-sold slot. Its readership won’t be tracked, of course, until its release on Tuesday, but members of the press are now working through their advance reading copies for coverage.

More from Publishing Perspectives on Simon & Schuster is here.